TWRA: No "hide nor hair" of Knoxville tiger found

Wildlife officials are not actively searching for a tiger that was spotted in East Knoxville. 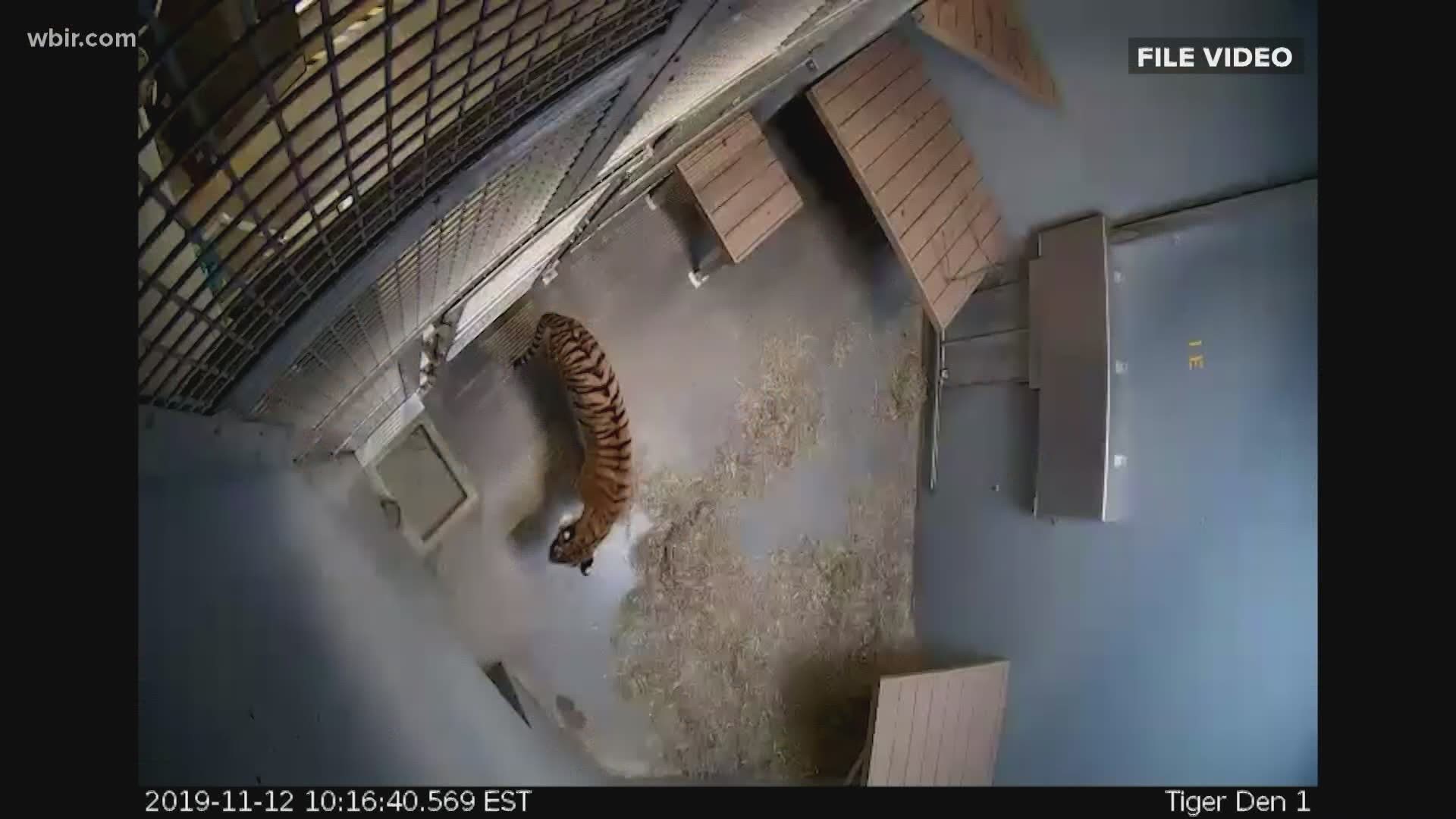 There's been no sign of the tiger cub that a Knox County deputy and several others reported seeing in East Knoxville Wednesday night and early Thursday morning.

"We have nothing to report...no hide nor hair," said TWRA spokesperson Matt Cameron told 10News.

The deputy said he saw what he thought was a young tiger in the Forks of the River Industrial Park. Several 911 calls came in from others who said the tiger had been spotted.

Wildlife officers, deputies, and others searched the area that night and on Thursday, and TWRA set a trap.

Zoo Knoxville and Tiger Haven said all of their big cats were accounted for, and there's been no further sign of the tiger.

"We haven't received any new sightings or information from the public and do not have a trap set or officer actively searching for the animal," said Cameron. "We will respond to reports if we receive any."

Bobcats are common in East Tennessee and while there have been no confirmed sightings of mountain lions in this part of the state, many people believe they are here.

Phil Kolclough, director of animal care, conservation and education at Zoo Knoxville, said tigers are a quick-moving but secretive species.

"If this is indeed a tiger, I don't imagine that it's moved very far," he said. "It's probably hiding behind a tree, behind a bush or something because they're fairly timid animals."

Kolclough said it is possible that someone could be keeping a tiger illegally.

If you spot a tiger, it's important to not feed it, approach it or run from it.

"You don't want to turn your back and run from it," Kolclough said. "You need to look at it straight in the face, walk backwards as slowly as you can, get to a safe place and then call the Sheriff's Department at that point for sure."

If you think you spot the tiger, you should get to safety and call 911.