Fantasy of Trees raises money for East Tennessee Children's Hospital. The rooms will hopefully help parents whose kids need a break from the holiday cheer. 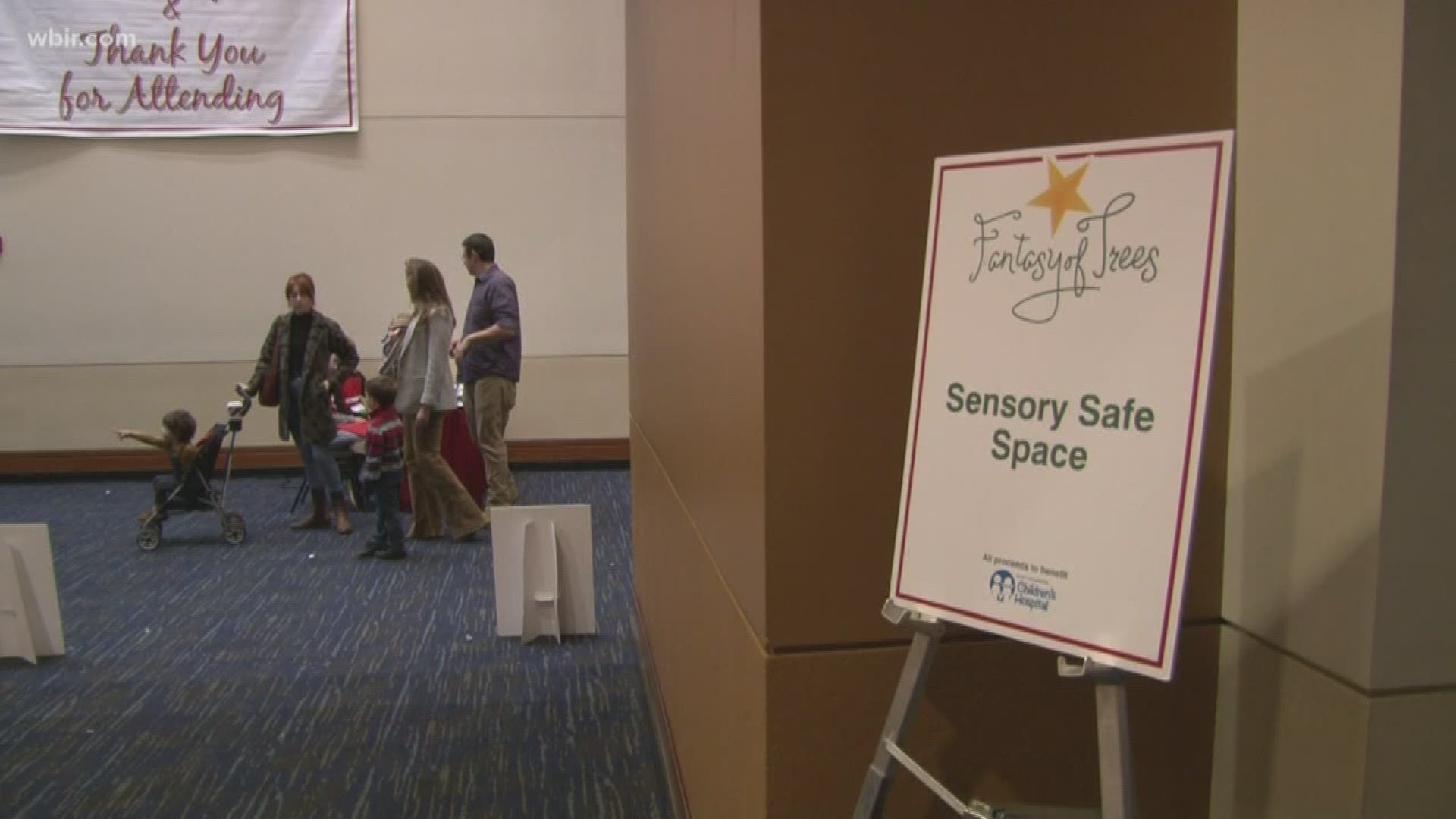 KNOXVILLE, Tenn. — A Knoxville mother said a new feature at Fantasy of Trees has helped her son tremendously.

Rachael Cope said her father thought of the idea to add sensory spaces for families.

It's a room set aside to get away from the lights and sounds that can be overwhelming.

"The sounds the lights, everything all at once," Rachael Cope said.

Knoxville's Fantasy of Trees has set up two different sensory safe spaces for children who might need a break from the holidays.

Cope's father thought of the idea.

"As calming as possible," Cope said. "We put some bean bags in there, some coloring sheets with crayons."

Her 4-year-old son, Jaxson, has a rare chromosome disorder similar to Down's Syndrome.

"We found out two weeks after he was born," Cope said. "He spent 70 days at the NICU at Children's. (He) just has some chronic issues, developmental delays. He's no verbal and he's got a feeding tube."

RELATED: Enjoy the holiday weekend at Fantasy of Trees

The rooms contain a few tables and chairs—it's simple, but that's the point.

"A family could go--and they may have their own means of how they decompress their own child," Cope said. "Whether it be with an iPad and a game or some headphones or some quiet music. So we didn't want to add too much. We just wanted them to be able to go in there and create their own needs."

Cope said it's made her experience at Fantasy of Trees much easier.

"More families that may be leery of coming out and attempting it with their child--just having a sensory room might give them that peace of mind, that if I do need to make a retreat there, then I can," Cope said.

If you need more information on Fantasy of Trees, you can find it here.

It's still going on through Sunday at the Knoxville Convention Center.