According to KPD, a body believed to be Robert Milka was found in a wooded area near where he was last seen at Bell Walker's Crossing Apartments. 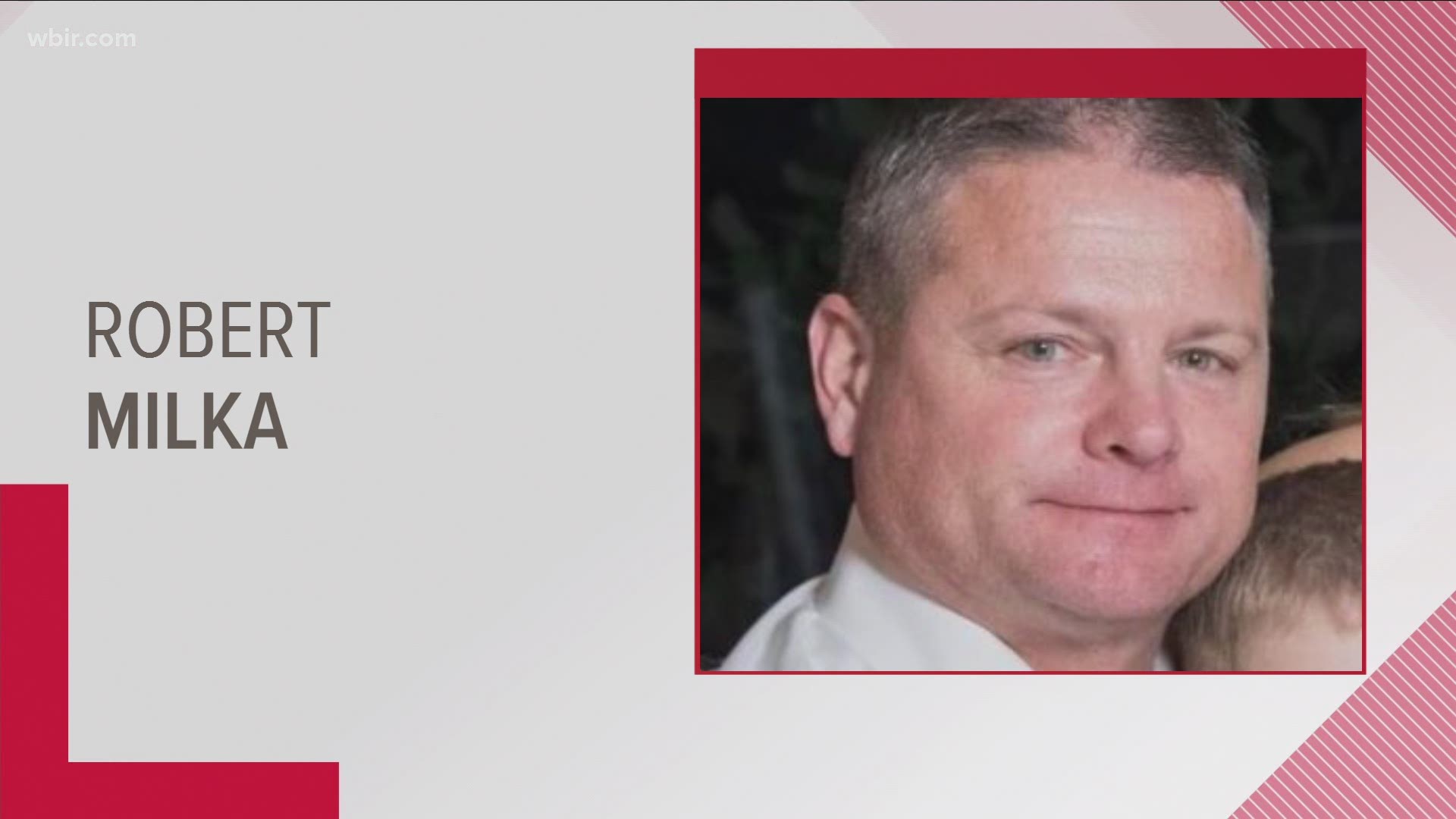 KNOXVILLE, Tenn. — UPDATE (April 29): The Knoxville Police Department said it has located a body believed to be of missing 49-year-old Robert Milka.

According to KPD, the department's search and rescue team conducted a search in a wooded area behind Bell Walker's Crossing Apartments to locate him two weeks after he disappeared.

The team found a body deep in a wooded area behind the complex believe to be Milka, saying there were no obvious signs of trauma and foul play is not suspected.

The body has been taken to the Regional Forensic Center for autopsy and positive identification.

According to KPD, Robert Milka was last seen the afternoon of Thursday, April 15 at Bell Walker's Crossing Apartments near Gallaher View Road.

KPD said the man was seen wearing a red fire department sweatshirt seen in the picture below.