Three men on board the small plane were injured when it crashed into a parked car in a driveway. 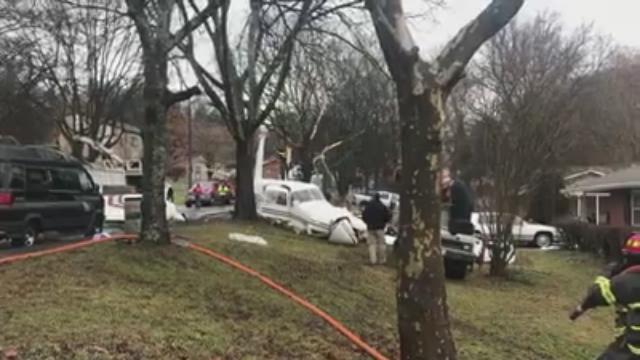 Federal officials are in Knoxville investigating what caused a small plane to crash into a front yard Tuesday afternoon.

The Piper PA-23 crashed in a neighborhood on the North side of the Tennessee River about a mile from Island Home airport. Three men on board survived the crash and were taken to UT Medical Center for treatment of their injuries. No one on the ground was hurt. 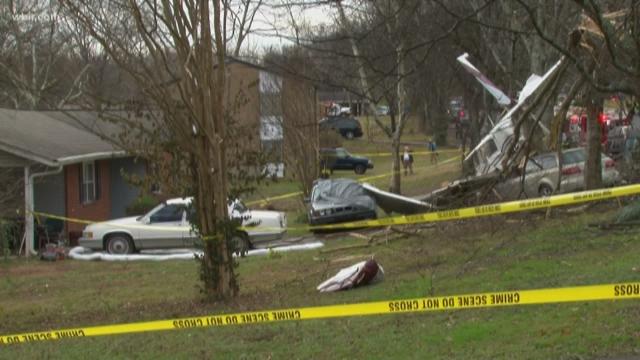 Knoxville Police identified the three men on the plane as Gerald Marotta, Michael Spinazzola, and Robert Gintz, all from the Knoxville area. The plane was registered to Lakelizard Aviation in Seymour.

Grintz and Marotta have been released from University of Tennessee Medical Center, where they were taken Tuesday afternoon. Spinazzola was in stable condition on Wednesday, according to the hospital.

The FAA has investigators at the crash, along with a salvage team that is working to remove the wreckage.

An FAA spokesperson told 10News that the pilot did not file a flight plan but did have some communication with air traffic controllers.

The NTSB will determine the cause of the crash, but will rely on the FAA investigators' observations.

Wreckage of the plane was removed Wednesday afternoon, and Groner Drive reopened.

Wayne Foss is the chief instructor at Knoxville Flight Academy. He said he saw the plane flying over South Knoxville minutes before it crashed.

"The were up over the trees, barely holding altitude, and the engine didn't sound right," Foss said.

Aviation instructor Wayne Foss gestures to where he saw the struggling plane.

Foss has been flying since the 70s, when he piloted helicopters in the Vietnam War.

But based on his observations, he believes that could be a contributing factor to this crash. He believes at least one engine was out.

He said in a situation like that, the non-operating engine can increase drag from the air, and make the plane difficult to control. Some aircraft have the power to fly with one functioning engine, and some do not, he said.

He also noted that pilots practices incidents like this to perform under pressure.

"If you get over-anxious, you tend to make a mistake and that's part of training, is to practice those maneuvers over and over so you can deal with them without losing control," he said.

He doesn't want to speculate on the specifics of what may have happened, but he said one thing is sure -- the fact that no one was killed is either luck, or skill.

"The fact he didn't hit any houses or people, and they're alive and walked away from it -- the first thing you think is they must have done something right," Foss said.

An NTSB spokesman said the initial report should be ready in 7-10 days, and the final report could take more than a year.