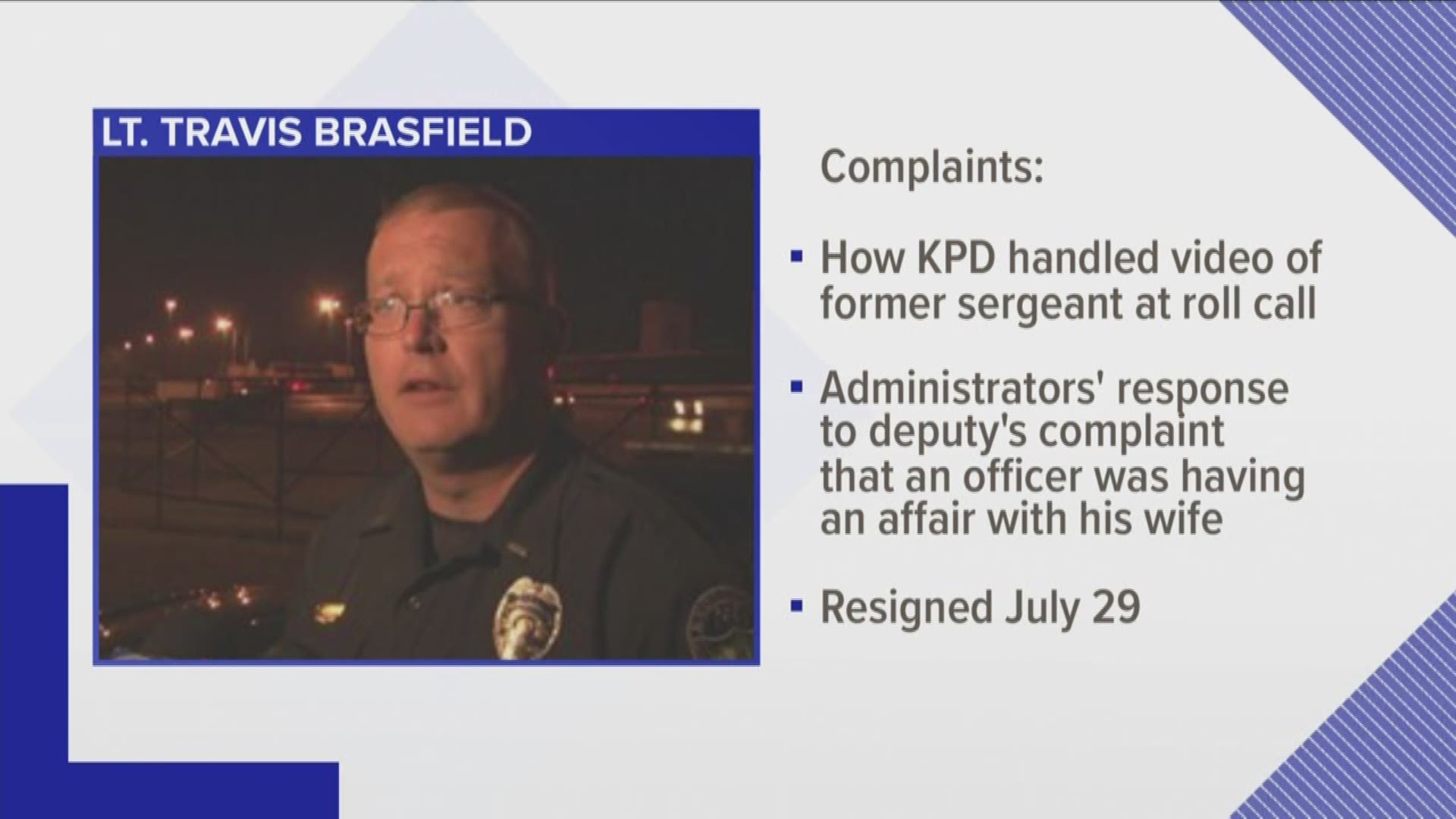 KNOXVILLE, Tenn. — The Knoxville Police Department said Tuesday that an Internal Affairs investigation launched in July has stalled because a key witness is not cooperating.

The department is investigating several issues raised by former Lt. Travis Brasfield including how the department handled a video recording of Sgt. Bobby Maxwell at roll call graphically talking about forced oral sex as well as how administrators responded to a Knox County deputy’s complaint that a KPD patrolman was having an affair with his wife.

Brasfield, a veteran officer and lawyer, resigned on July 29, claiming that he faced retaliation after filing the complaints.

"The current and ongoing Knoxville Police Department Internal Affairs investigation into allegations of misconduct that was launched on July 1 has been delayed and impeded by the refusal of one of the principal witnesses to make himself available for interviews and by declining to provide evidence upon multiple requests from investigators," said a statement from KPD spokesperson Scott Erland.

"The Internal Affairs Unit is continuing to work towards an absolute understanding of what occurred, and an appropriate response and resolution. We look forward to publicly sharing the findings and outcome of the investigation upon its completion," the statement concluded.