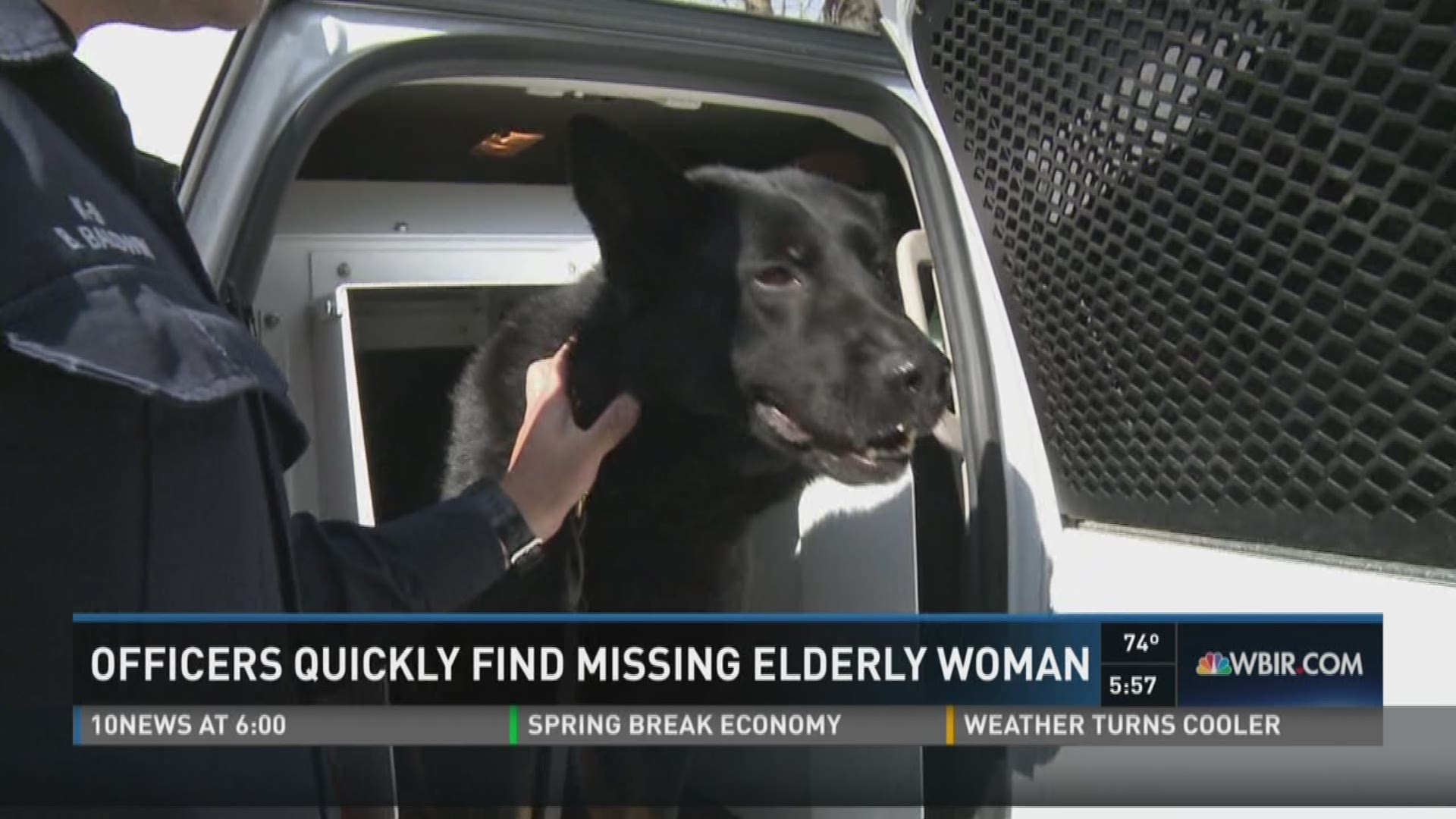 A Knoxville PD police dog and his partner found a missing elderly woman in South Knoxville on Tuesday.

According to a release, the woman, 82, who suffers from serious medical conditions, disappeared around noon off Locust Hill Lane. She walked out of her house and left her purse lying in the backyard next to a large wooded area.

"It's hard to describe. It's almost like you can't hardly believe it. Is this really happening?" said family member Gene Johnson.

Once Johnson called 911 and told authorities his mother-in-law was missing, about an hour had passed.

"You have to consider that that person could have moved in any direction," said Sgt. Jason Keck. "Obviously there's a lot of woods out here."

Keck says several officers responded to the scene, and began looking. One officer found the woman's jacket, and that's when officer Brian Baldwin and his K9 Benny were able to finish the job.

"Once we located the jacket we started from there and it probably took two or three minutes to find her. She was probably 500 to 600 yards from there," said Officer Baldwin.

Police said she was disoriented and in distress. They helped her to the road, gave her water and took her back to her family. KPD said the family then took her to a nearby hospital for treatment.

"We were extremely impressed with the Knoxville Police Department. Their professionalism. Their caring for me and my wife and my mother-in-law when they found her was just remarkable," said Johnson.