Knoxville police says two people were taken the hospital with gunshot wounds after a road rage incident on I-40 near the Strawberry Plains Pike Friday night. 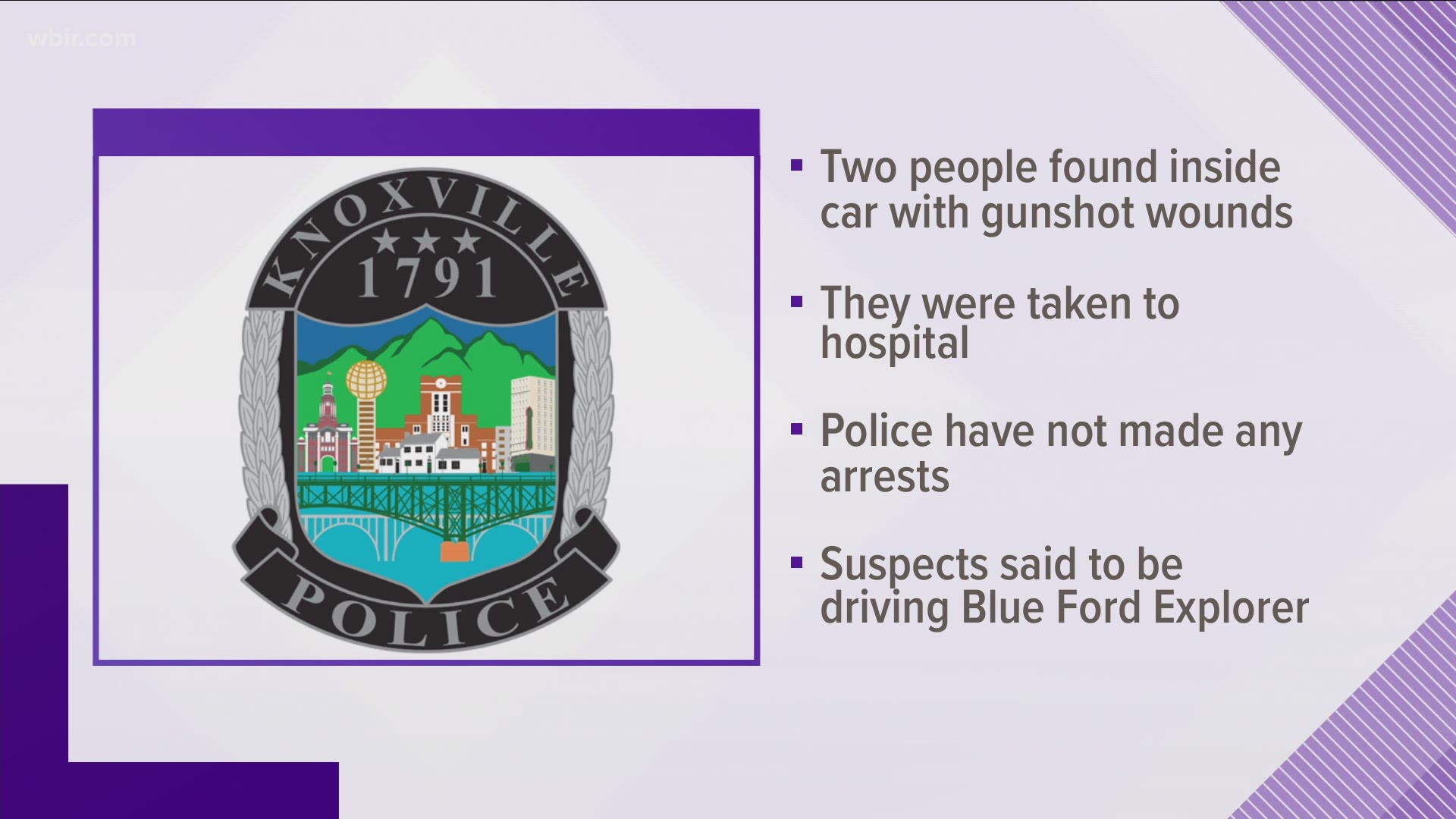 KNOXVILLE, Tenn. — Knoxville police continue to search for a shooter they said wounded two people in a road rage incident on I-40 in East Knox County last week.

KPD said a driver and passenger in a Volkswagen Jetta reported they were shot following a road rage incident on Friday around 9:30 p.m. near mile marker 399.

When officers arrived, they found the two victims, a 30-year-old woman and a 33-year-old man, pulled over on the side of the road with non-life-threatening gunshot wounds. The two were taken to a hospital for treatment.