Knoxville Police said they attempted to stop at stolen car at a West Knoxville apartment complex. The driver collided with a police cruiser, then ran into the woods 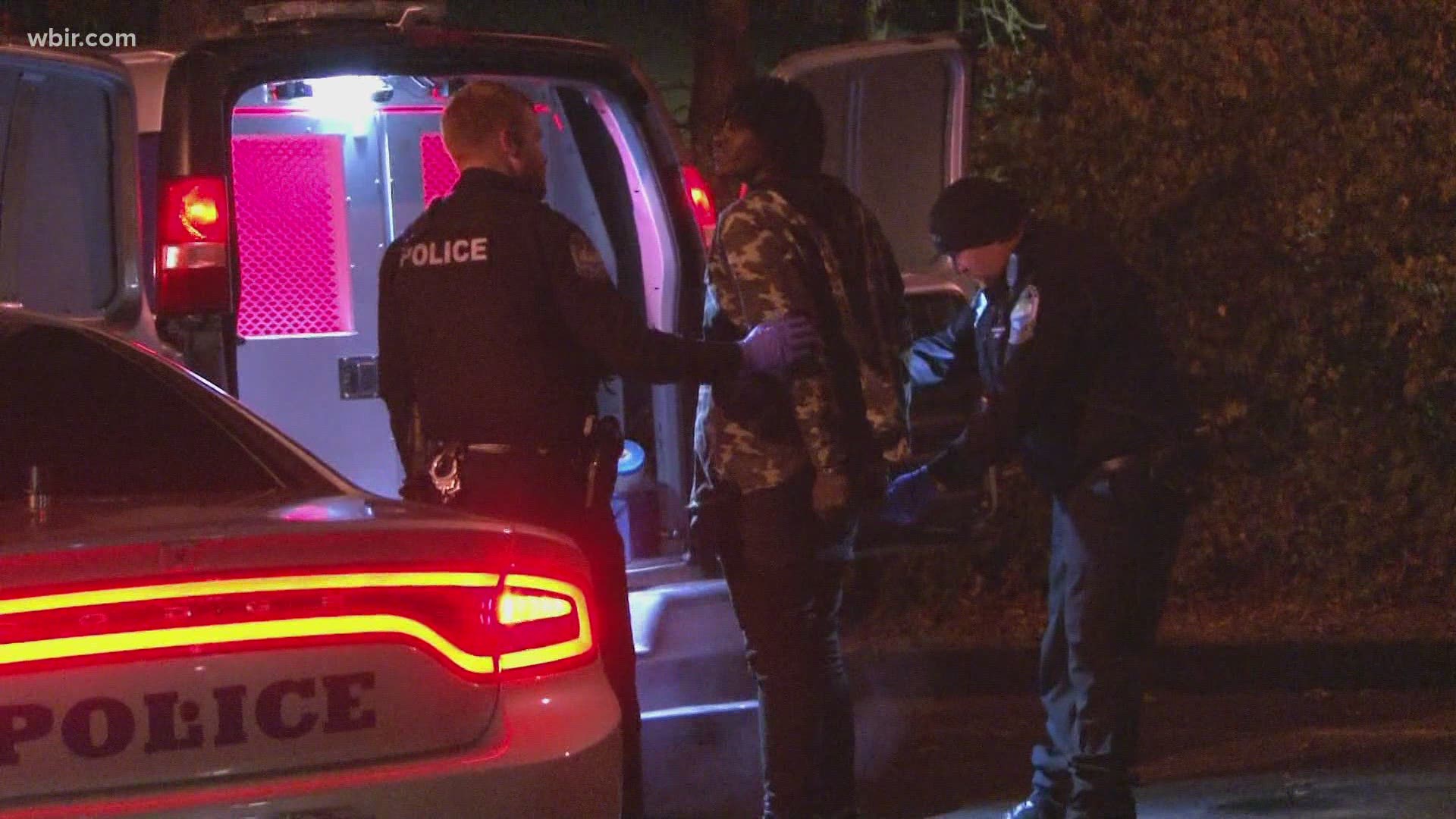 KNOXVILLE, Tenn. — The Knoxville Police Department said a man was arrested after stealing a vehicle and crashing it into a police cruiser around 9 p.m. Tuesday.

Knoxville Police said they received a call from someone, who said they spotted their stolen car and started following it on I-40 West.

KPD confirmed the car was stolen and found it near Gallaher View Road.

Knoxville Police said they followed the car to the Meridian Apartment complex at 309 Broome Road.

Officers said they attempted to stop the car but the driver crashed into a KPD cruiser.

The driver and three male passengers left the car and ran into the woods off of Broome Road, Knoxville Police said.

KPD said the driver has been identified as Keyshawn Flack, 20, he was arrested and taken into custody without further incident.

According to KPD, Flack faces multiple outstanding warrants out of Knox County. He was also charged with auto left, evading arrest and leaving the scene of an accident.

Knoxville Police said one of the 19-year-old male passengers was later found and he was charged with evading arrest.

KPD said they were not able to locate or identify the two additional passengers at this time.