KPD responding to serious crash on Broadway near Chickamauga Ave.; 2 sent to hospital

According to a report, all lanes of Broadway are closed in that immediate area. 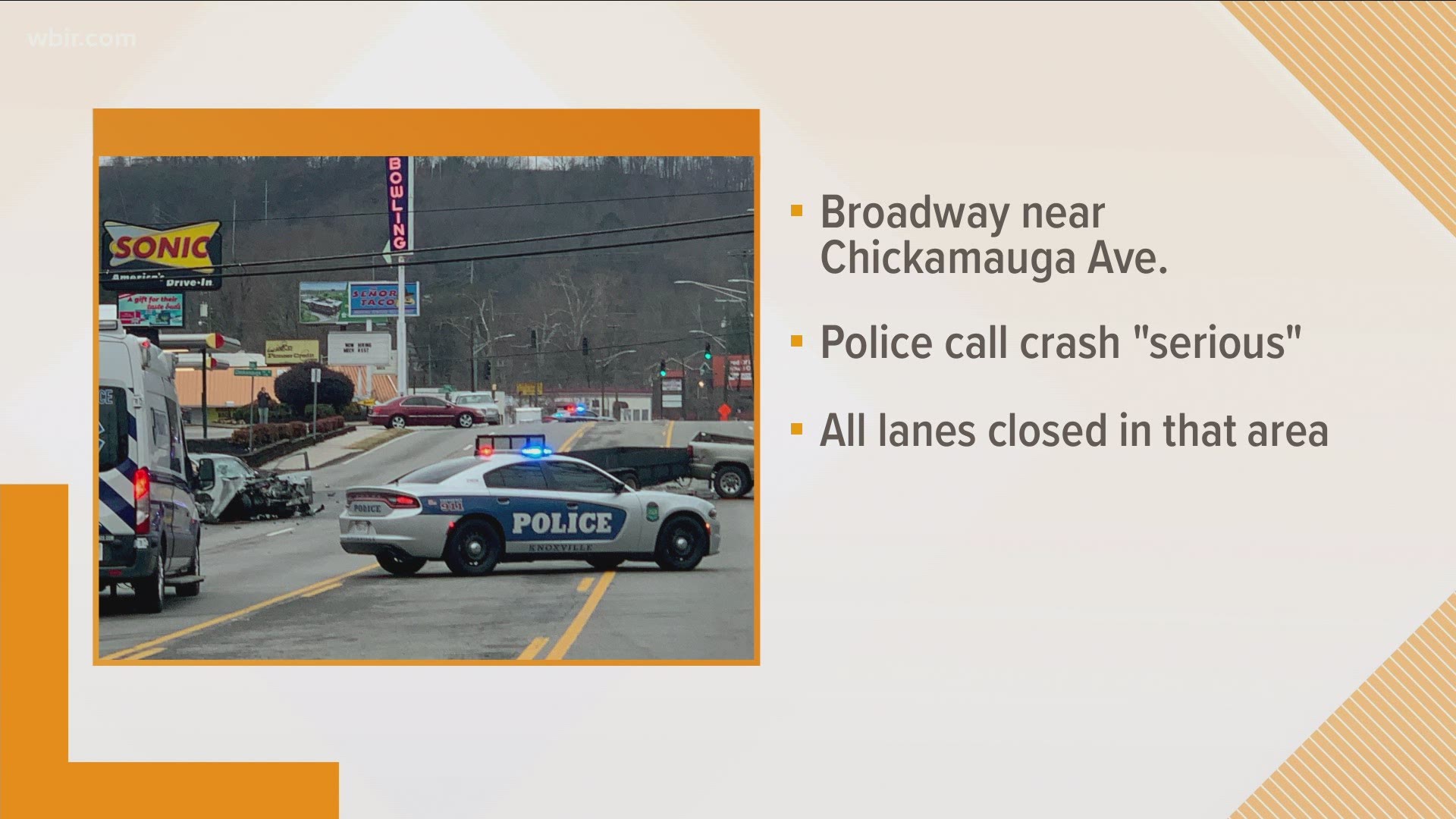 KNOXVILLE, Tenn. — The Knoxville Police Department is responding to a serious crash reported on Broadway near Chickamauga Avenue.

According to a report, all lanes of Broadway are closed in that immediate area.

A preliminary report indicates that two vehicles were involved in the crash.

Four people were injured in the crash.

Two were transported to the UT Medical Center with serious injuries, while the other two declined transportation to the hospital.

KPD TRAFFIC ALERT: Officers are on the scene of a serious crash on Broadway near Chickamauga. All lanes of Broadway are shutdown in that immediate area. Please seek alternate routes. pic.twitter.com/1A8HxuLpiA

Stay with WBIR for more details.