KPD said the suspect pointed a gun at officers, which led to shots being exchanged. The man was hit and later died from his wounds. 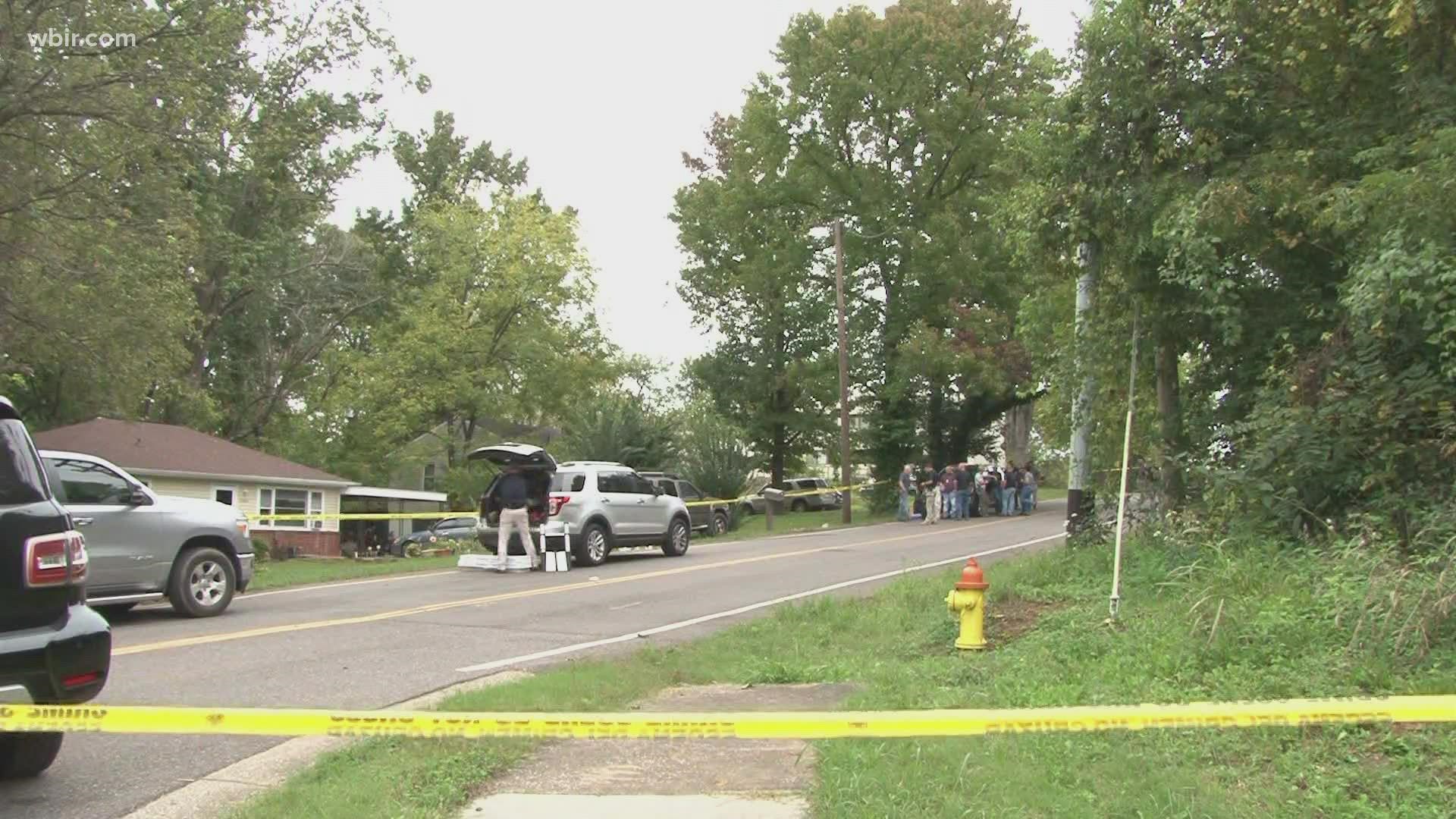 KNOXVILLE, Tenn. — The Knoxville Police Department said a man is dead after special operations officers shot and killed him after he pointed a gun at them while serving a warrant in South Knoxville.

On Tuesday night, the Tennessee Bureau of Investigation identified the man who was shot and killed as 43-year-old Bryan Calvin Lee.

According to KPD, it happened at 2962 Sevier Avenue just before noon near Knoxville Fire Station No. 10.

KPD said its Special Operations Squad arrived to serve a search warrant at the home when they encountered an armed man.

Police said the man pointed a gun at officers, and an exchange of gunfire followed. The man was hit by gunfire at least once.

Police said they tried to render emergency aid to the man, but said the efforts were unsuccessful and the man died. No officers were hit by gunfire or hurt in the incident.

KPD released the name of the officers involved in the shooting. They have been identified as Lieutenant Shane Watson, Sergeant Chris Hutton, Officer James Hunley, and Officer Carl Kennedy.

Per standard protocol, the officers have been placed on administrative leave pending the TBI investigation, KPD said.

All four are currently assigned to patrol in the West District, KPD said.

The TBI said it is leading the investigation into the shooting and is not identifying any officers involved, which is standard procedure. According to the TBI, KPD was assisting agents with its Drug Investigation Division and the 5th Judicial Drug Task Force with an investigation by executing the search warrant.

The TBI said the details of how the situation escalated are being investigated.

Neighbors said they're used to seeing walkers and bikers along their street, but not officers with guns.

The warrant that officers went to serve was regarding a drug investigation. The TBI said it stretched across several different jurisdictions. But neighbors said they are surprised to learn the people who live in the home had anything to do with it.

"I told her to deadbolt the locks! The SWAT team, everybody's running around here like something crazy," said Susan Hurst, who lives in the area. "I'm very surprised. Very, very surprised because, I mean, it's really floored me.”

It was a Tuesday they said they weren't prepared for.

"My adrenalin shot up immediately,” neighbor Lyn Grant said. "I saw a SWAT team get out of their car, about eight guys wearing camouflage with military behind one another and I heard, I thought it was gunfire at first."

Neighbors said the shooting death comes as a shock. Susan Hurst and Violet Strawn say they know the family who lives there and the man who was taken down

"He's all the time outsides doing stuff with his kids in the yard," Hurst said.

"Yeah, I mean they've been living there forever. They've got two dogs chained up in the back," Grant said.

While gathering evidence, the TBI removed several large guns from the home. Some people said they are starting to think they may not have known their neighbors as well as they thought.

"I don’t know. I mean, if a criminal lived there, I mean I guess I feel safer, you know?" Grant said.

While others don’t believe their neighbors could be involved.

"I feel like I know my neighbors, I really do. I just feel like there's more to the story," Hurst said.

The Knoxville Police Department also said that members of the team did not wear body cameras during the incident. A spokesperson said their current policy does not explicitly say that Special Operations Squad members are required to wear body cameras and haven't worn them.

However, they also said that the policy does not necessarily exempt them from wearing body cameras. Officials said earlier that patrol officers were issued body cameras, but information about whether that included members of the Special Operations Squad was not immediately available.

The full statement is available below:

The officers involved in yesterday’s incident were not wearing body cameras. Our current policy does not explicitly state that Special Operations Squad members are required to wear body cameras and, up to this point, SOS members involved in tactical operations have not worn body cameras. However, the policy does not necessarily exempt SOS team members from wearing body cameras. With that and in light of yesterday’s events, we are ensuring that SOS officers, the members of other specialized units and their supervisors understand that officers who have been issued body cameras are required to wear them while acting in those capacities. We are also actively reviewing our policy to make certain that expectation is clear and there is no room for interpretation.

KPD added that "around 90 percent of current KPD officers have been issued body cameras. Per KPD policy, body worn cameras have been assigned to all officers who are assigned to Patrol and engage in routine patrol or call response assignments, as well as additional officers whose operational assignment would benefit from the use of a body worn camera. Our intention is that video equipment monitors all contacts with a person in the community in all situations possible. That is why we are reviewing our policy and internal communications to make sure that it is explicitly clear that all officers who have been issued body cameras are required to wear them while acting in those capacities, including special operations."