The Palmers said they battled with mud on this hill for 10 years. However, last week it reached a level it has never reached before. 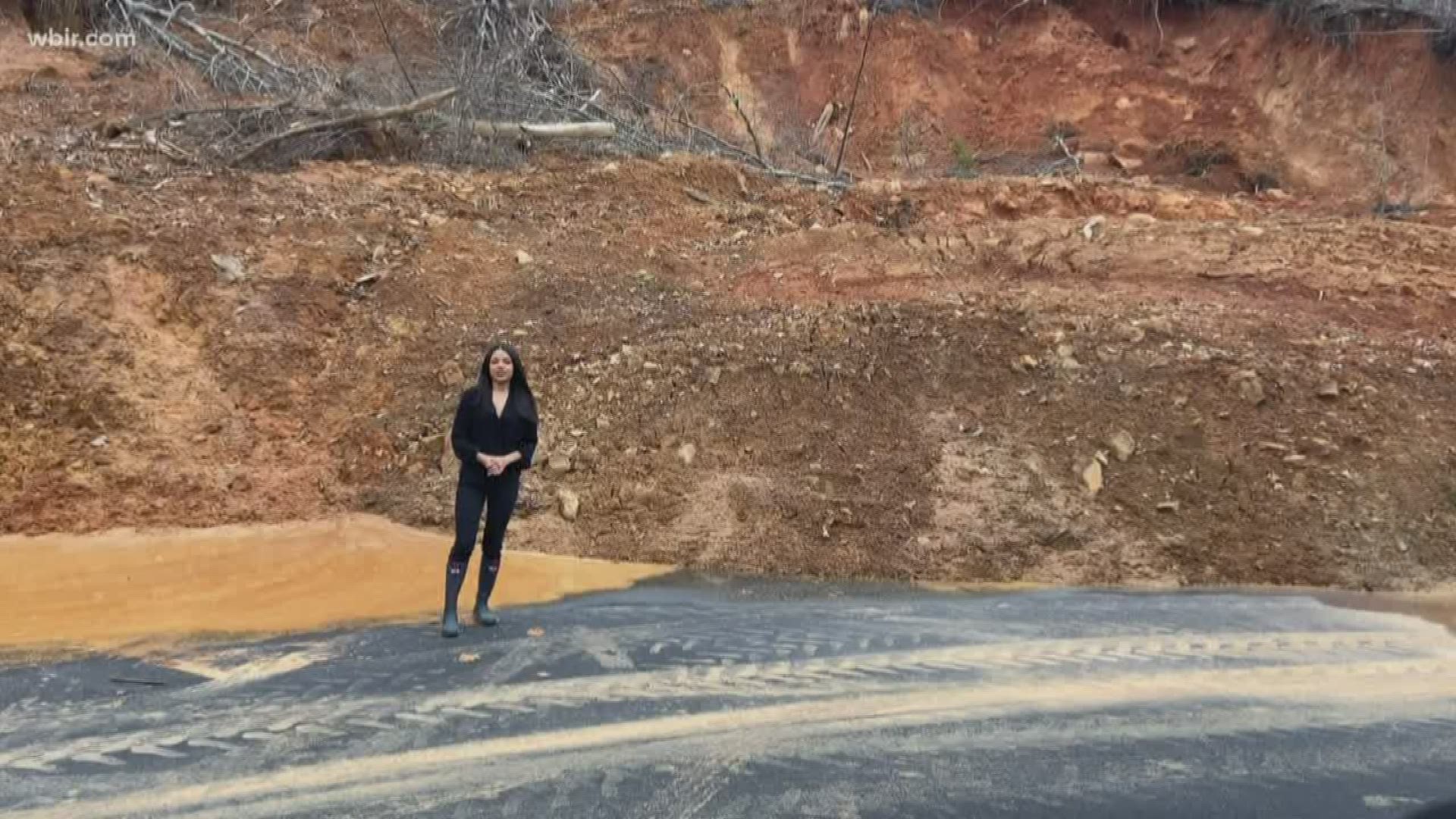 HARRIMAN, Tenn. — In the last three days, the mud has not stopped moving, according to Jennifer and David Palmer.

"The mud continues to crawl forward, it is slow but it is moving," she said.

On Wednesday when we originally spoke to Jennifer, parts of her wall were still holding the slide back.

However, on Valentine's Day, after the couple returned from dinner they discovered it finally gave way completely.

"It's gone and it's being engulfed in the mud at this point," she said.

The Palmer's built their dream house back in 2010.

"It is. Me and my husband and my dad built this house," Jennifer said.

That was 10 years ago. Since then, things have gotten much, much worse.

"We painted it, put the wires in it. There's not an inch we didn't touch," Jennifer said.

Today they are slowly moving things out of their home.

"We are preparing to leave," Jennifer said.

Last week's rain caused a landslide to form right next to her home, and now that mud is just feet from her garage.

She said they've seen smaller slides before, but this time the mud is breaking through the barrier. They are now forced to evacuate out of caution.

"Last night, part of the wall came down," Jennifer said.

For the last ten years, they've tried everything.

When that didn't work they looked to others for help.

That includes their own insurance, which didn't pan out either.

"We had our insurance company come out here... and what did they say? Good luck, basically," she said. "They said we had the best insurance you could have, but it still wouldn't cover this."

That reality was difficult to come to terms with.

"It's devastating, it's heartbreaking. This is our home and we fought really hard to remedy the situation, and it's just beyond us," Jennifer said. "We need help and we can't get help, so it's pretty devastating. We're in a state of shock right now."

The Palmers are now moving their things into a new apartment but still pushing to save their home, something they never imagined they would have to do.

"I would like to have help. I'm not asking for a handout, we've already tried from our own pocket to fix it... and it feels like this is bigger than us," she said.