Police have some tips if you plan on buying a loved one a pellet or BB gun for Christmas. 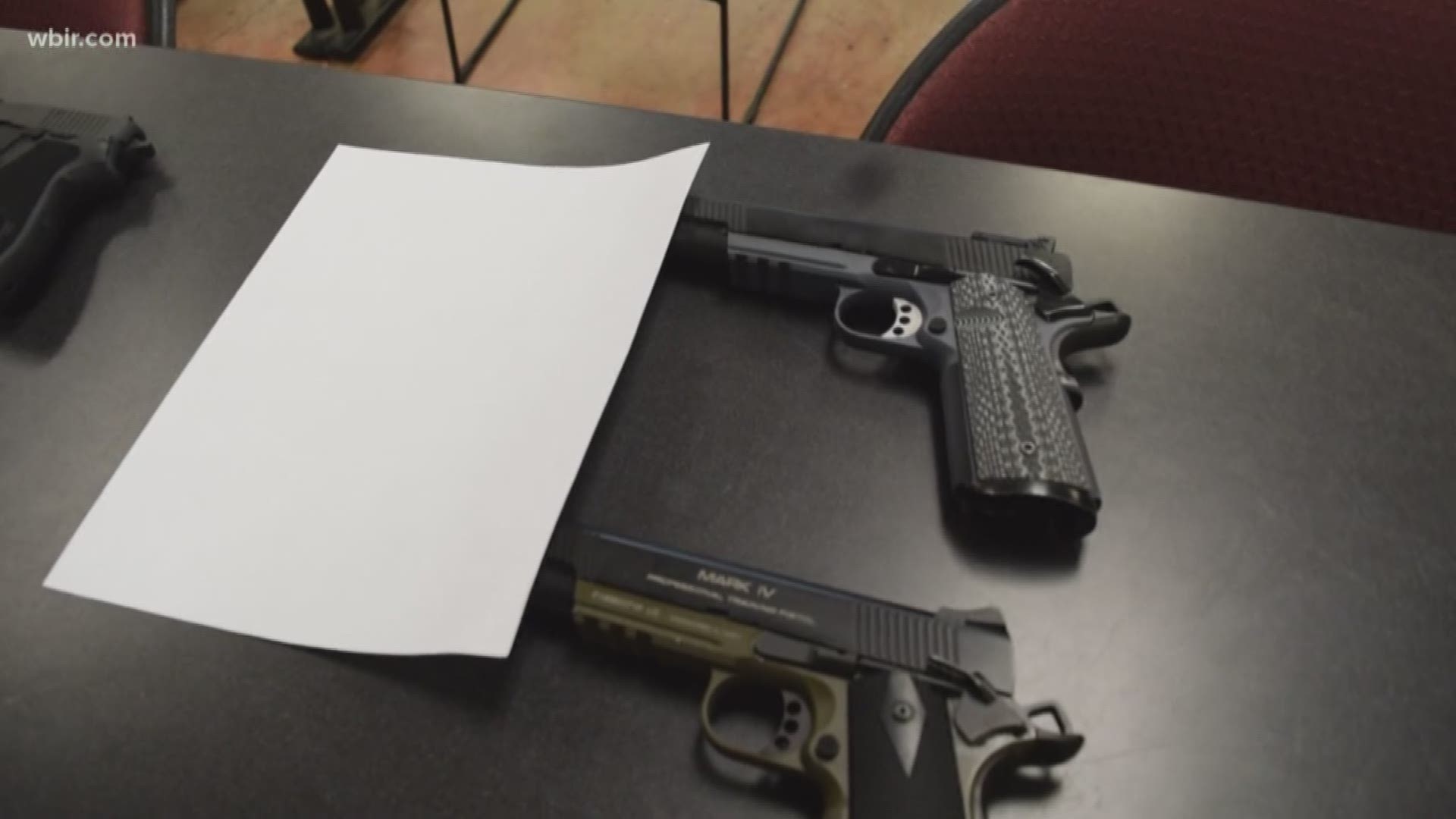 KNOXVILLE, Tenn. — The holiday season is upon us, and police are warning people about buying fake or replica guns for young loved ones as a gift.

Knoxville police officers carry a Sig Sauer .45 caliber handgun and they use a replica airsoft gun, one that shoots plastic pellets, for training. The two guns would almost be impossible to tell apart if it wasn't for the orange tip on the airsoft gun.

"It's hard to tell at a glance which is true and which is not the real gun. They're pretty much identical in all aspects," Shane Watson, the range master with the Knoxville Police Department, said.

That's why law enforcement is warning people about buying these as gifts for kids.

"For all practical purposes or appearances, it looks to be a real firearm. Especially with law enforcement, you can't assume that it's not," Watson said.

Replica guns have been the center of national discussions, especially after the 2014 death of 12-year-old Tamir Rice in Ohio.

"A young child (Tamir Rice) was in a park playing with an airsoft gun. The police pulled up, kind of startled him, and he pulled the gun up. Police fired and he died," Watson said.

KPD said it trains officers for these types of situations.

"We've had a couple shootings with our own department over the last several years that involved suspects carrying an airsoft-type gun," Watson said.

Watson isn't against these replica airsoft guns, in fact, he said if they're used properly they can be a great training and recreation tool.

"Walking around with these down the street or in the mall, that I would discourage," he said.

Officers said if you're going to buy a replica gun as a gift, make sure the person you're buying it for is responsible enough to know it's not a toy.

"Be cautious and understand this is not just a toy and this could easily be mistaken for a weapon. That could easily turn into a tragic situation," Watson said.