A resolution in the legislature would make the entire state of Tennessee a 'sanctuary' for the right to bear arms. 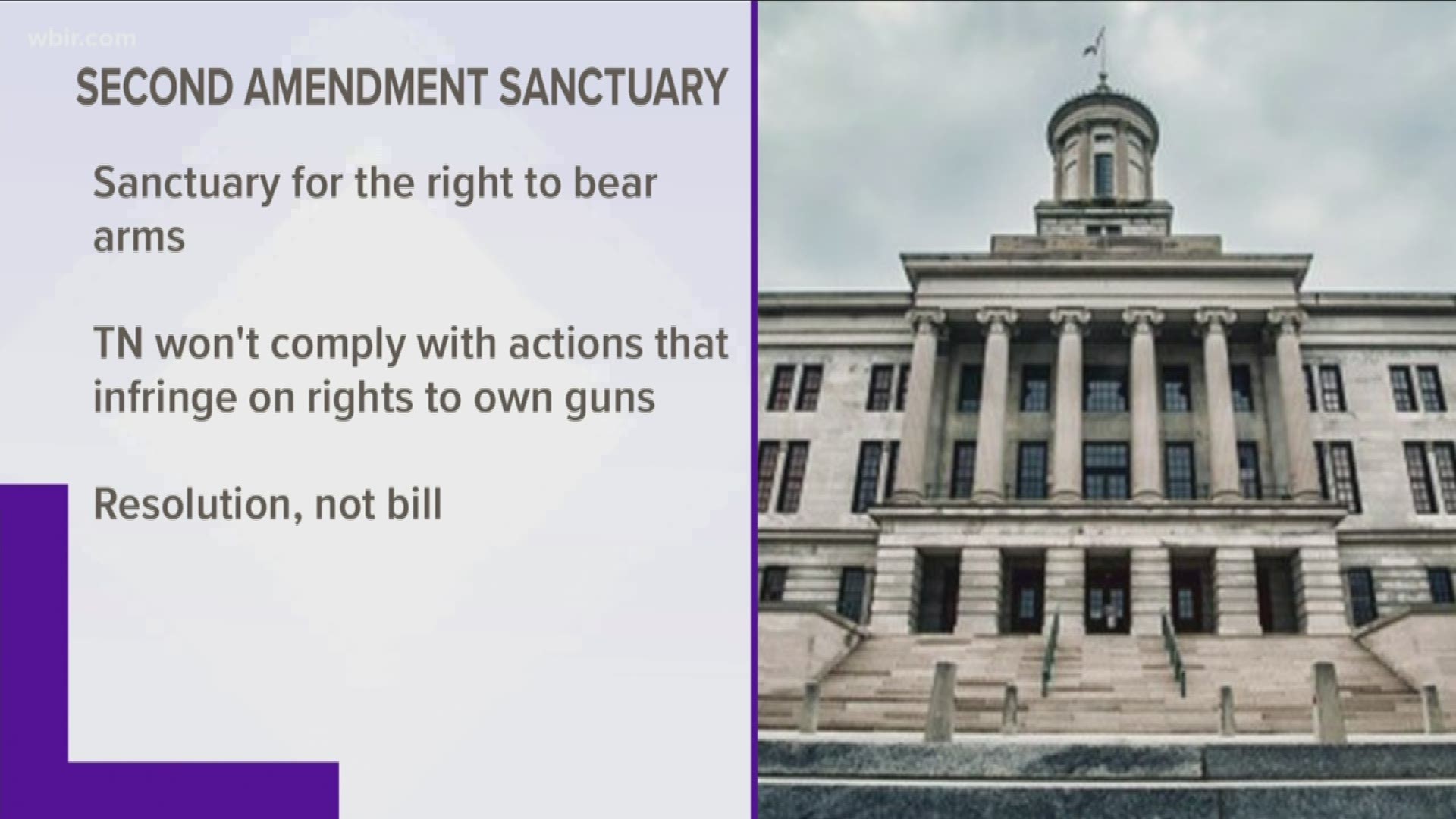 NASHVILLE, Tenn. — Several Tennessee counties, and now even the state, are pushing to become so-called "gun sanctuaries" defending the second amendment. While the state lawmaker sponsoring this measure says it would better protect the rights of Tennessee gun owners, some legal experts argue that the second amendment isn’t an unlimited right and states can’t trump federal law.

The right to bear arms has been a fixture of the United States Constitution for hundreds of years. But some, like Republican Tennessee Representative James Micah Van Huss, feel like the second amendment is under attack.

"Other states around the country are violating their constituent’s constitutional rights,” Van Huss said.

That’s why he’s sponsoring a measure that would make Tennessee a so-called sanctuary for the right to bear arms. House Joint Resolution 748 was discussed last week before being passed to the full Judiciary Committee, where it will be discussed on Wednesday.

“What is the legislative need or purpose that we’re taking up time in our general assembly for this?” Democratic State Representative Bo Mitchell asked Van Huss.

“I think it’s very important that at least on behalf of my constituents, and on the behalf of Tennesseans, that we stand up and reaffirm that the second amendment does in fact make all states a sanctuary from government intervention,” Van Huss said.

Van Huss says this law vows that Tennessee won’t comply with extra constitutional actions from any government or body that infringes on citizen’s rights to keep and bear arms. He goes on to say citizens must be able to own guns like semi-automatic AR-15s, AK-47s and other similar guns.

Reporter: “Are they actually going to hold any weight if they pass?

Eaton: “So I think that what is the most important thing is for the public to understand that these types of resolutions are largely political, they’re symbolic. They have to be.”

"The second amendment is not an unlimited right, it’s simply not,” Eaton said.