County commissioners will hold a public hearing Wednesday to discuss the proposed budget. 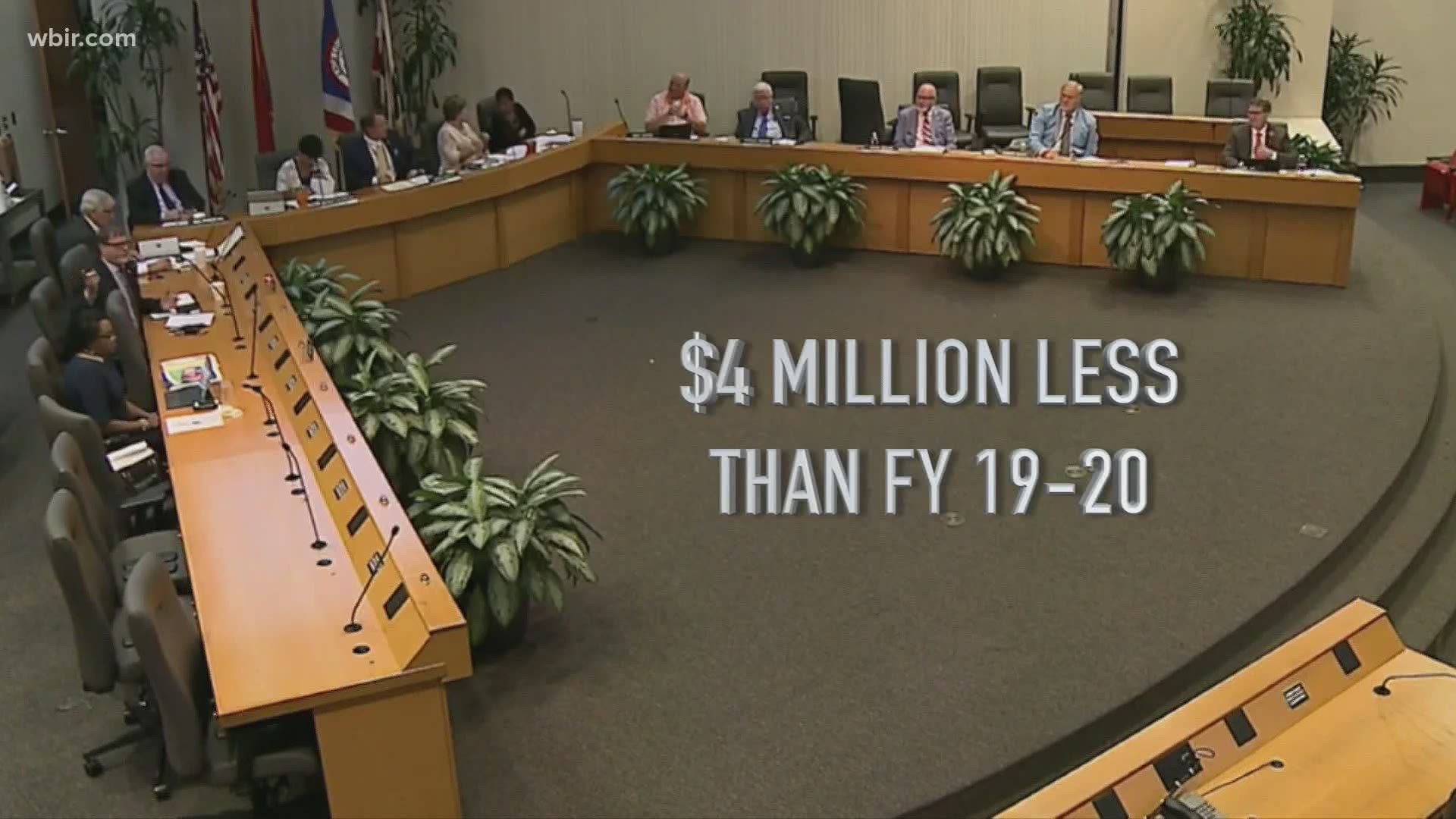 Months after COVID-19 hit, Tennessee's third-largest county assumes we're in for bumpy financial times amid concerns about how deep the virus will gouge our economy.

"As you know, Knox County—and the world—is in a different place today than it was when I presented last year’s budget. The economic fallout from the COVID-19 pandemic has forced us to shift our strategy from expansion to preservation," Jacobs said.

Jacobs, in the second year of a term that began in September 2018, released the budget on June 1 by video. The general budget, through which most county government operations flows, is $192 million, about $4 million less than last year's adopted plan.

No tax increase is planned. If money coming in improves or fails to meet expectations, the plan can be adjusted. City and county leaders in Tennessee have been doing that to their current budget because of a steep plunge in revenues triggered by a sweeping business shutdown.

Some projects have been postponed due to the budget cuts.

A psychiatric facility that was in preliminary planning stages has now been put off. The state was going to contribute, as were the city and county, but they decided to put funding on hold as the pandemic continues.

About $500,000 in the paving budget was cut. That’s about 4 miles of paving, so somewhere someone may not see their road repaved in the coming fiscal year.

Visit Knoxville will see about $300,000 less due to lower expected hotel taxes. 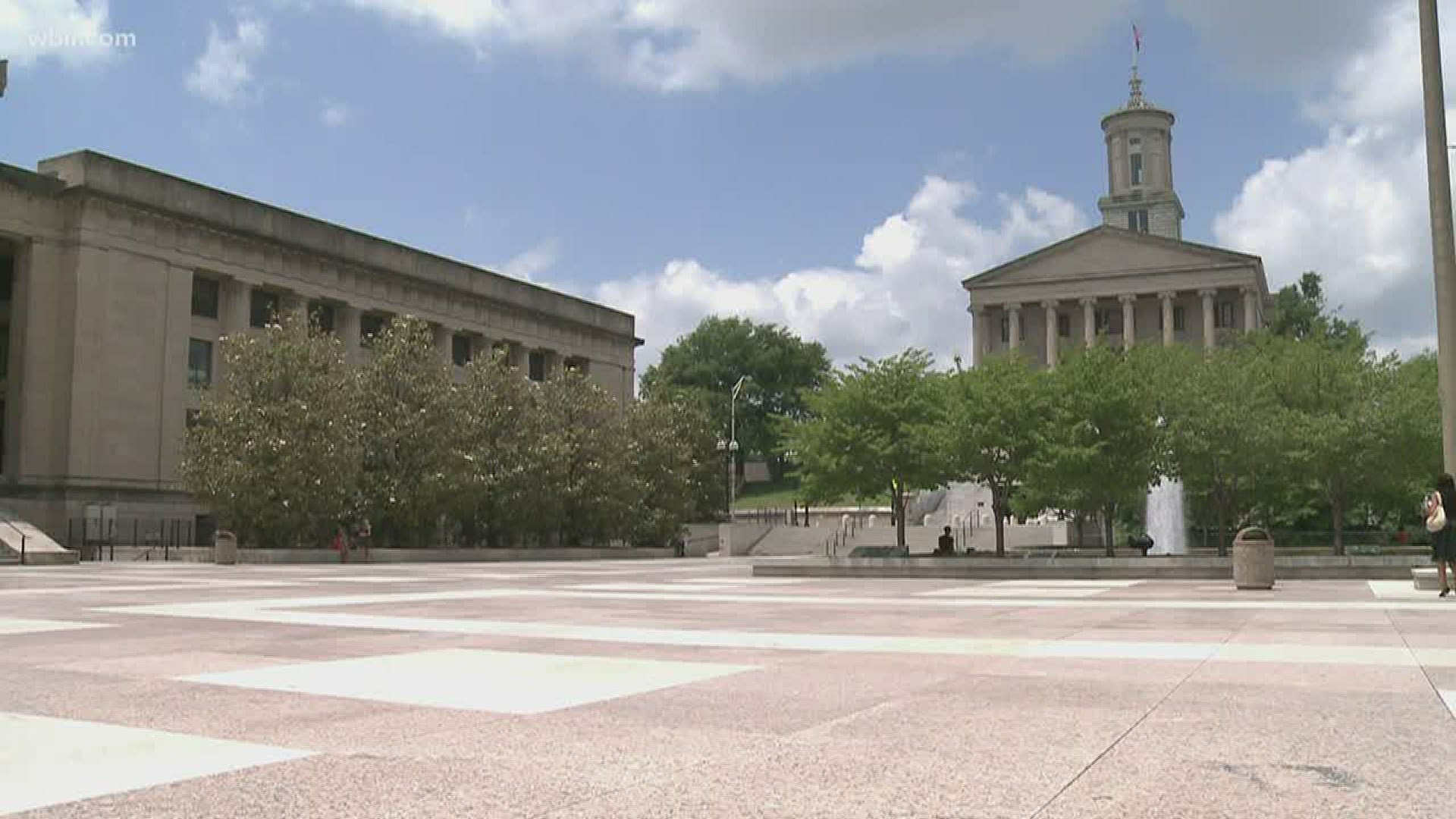 State and local governments across the country face similar circumstances, some more dire than Knox County.

County commissioners will hold a public hearing Wednesday to discuss the proposed budget.

It is not all gloom and doom. While the overall $849 million plan is $4 million less than the current document, it still envisions spending about $36 million for three schools, including a new elementary school in Karns.

The county set aside $38,000 to help with a recreational trail and funding for a new mobile command center to address emergencies; the city of Knoxville will contribute the other half.

But it's definitely leaner than that to which Knox County is accustomed. Cuts are envisioned in general administration -- $2.225 million less; public safety -- $1 million less; and public health and welfare -- also $1 million less.

"While all cuts are challenging, these are manageable," the budget summary states.

The Knox County Board of Education already has approved the schools portion of the 2020-21 budget, which amounts to $507.8 million, also smaller than the current budget.

Knox County finance officials prepared the budget assuming that property tax revenues will be consistent with the 2019-20 budget. But Chris Caldwell, finance director, said authorities will be closely watching to see if tax delinquencies rise, a sign property owners are struggling.

The city of Knoxville is anticipating a total operating budget of $435 million. The 2020-21 plan that starts July 1 calls for no property tax increase.

Among its features: $417,500 in bonuses for city police and firefighters in appreciation for their virus response efforts. Jacobs' 2020-21 budget includes no such funding.

RELATED: City of Knoxville: No plans to furlough workers amid budget concerns