All you have to do after adding the shortcut is say "Hey Siri, I'm being pulled over," and it will dim your phone, put your phone on 'do not disturb' mode, alert your emergency contact and start recording. 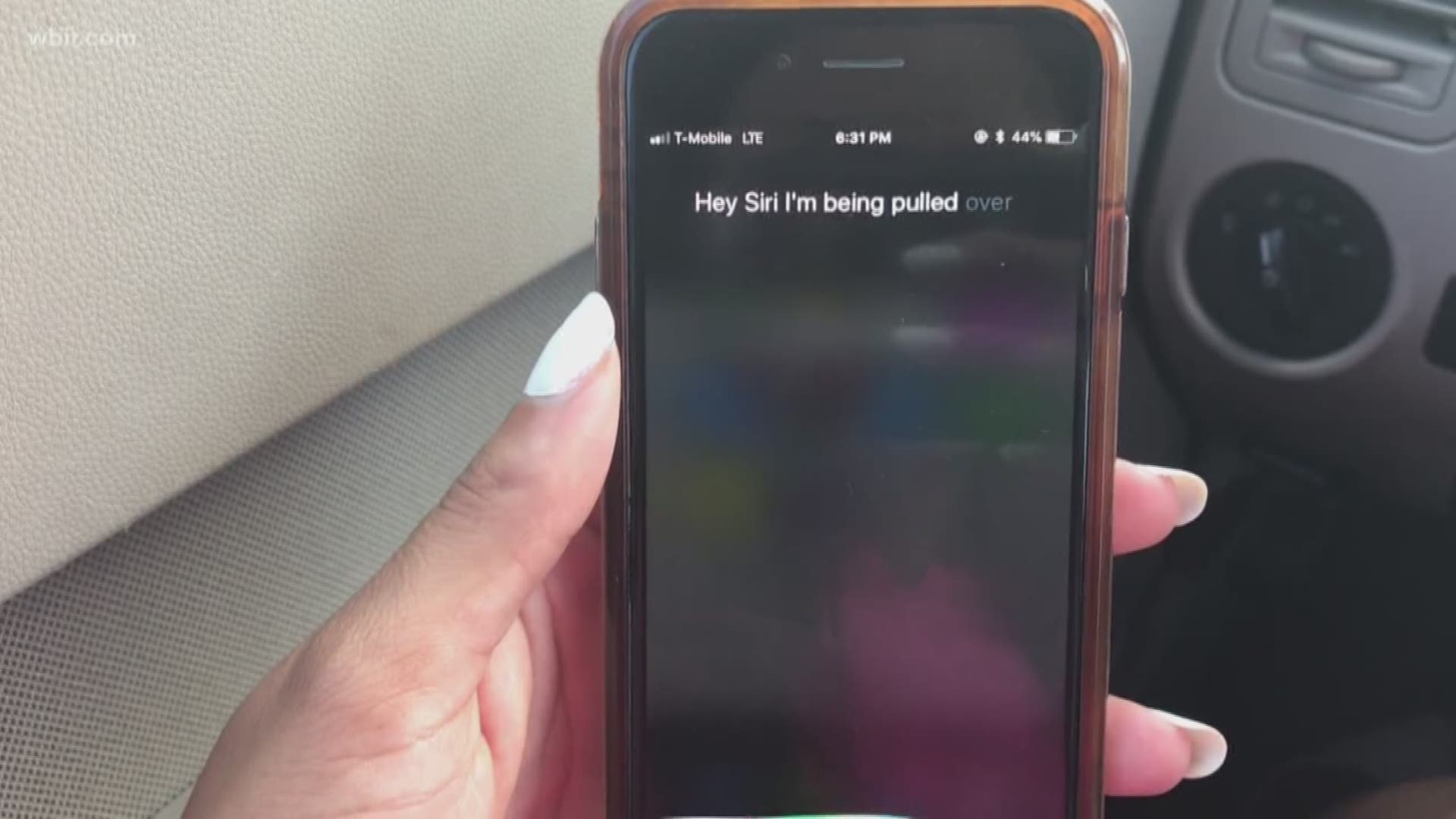 If you have an iPhone you can download a shortcut that tells your phone to document your experience with police. It's called the "Police" shortcut and you have to have the "shortcuts" app downloaded as well as the latest Apple update.

"You simply speak to it and it begins the process," Attorney Don Bosch said.

All you have to say is "Hey Siri, I'm being pulled over." Your phone will then turn your music down, dim your brightness, put your phone on do not disturb, alert your emergency contact and start recording. Bosch said while the technology is new, the concept isn't.

"It's becoming more and more common, whether it's being done by the person being stopped by police or by a person observing the interchange," he said.

Bosch said the legality of the recording varies by state but here in Tennessee, it is legal to record exchanges with police.

"As long as the recording doesn't interfere with anyone's safety, you can record," he said.

That also extends inside of the courtroom if needed.

"You can use the recordings in your defense for something as simple as a parking or traffic infraction to a significant criminal charge," Bosch said.

All in all, Bosch said the app add-on is helpful for both citizens and police.

To set up the shortcut, you can download the "Shortcuts app" in the Apple app store. It also requires the iOS 12 update.

You can learn more by clicking here.