A bill filed Monday in the Tennessee state legislature seeks to legalize all forms of medical marijuana across the state by July 31, 2020. 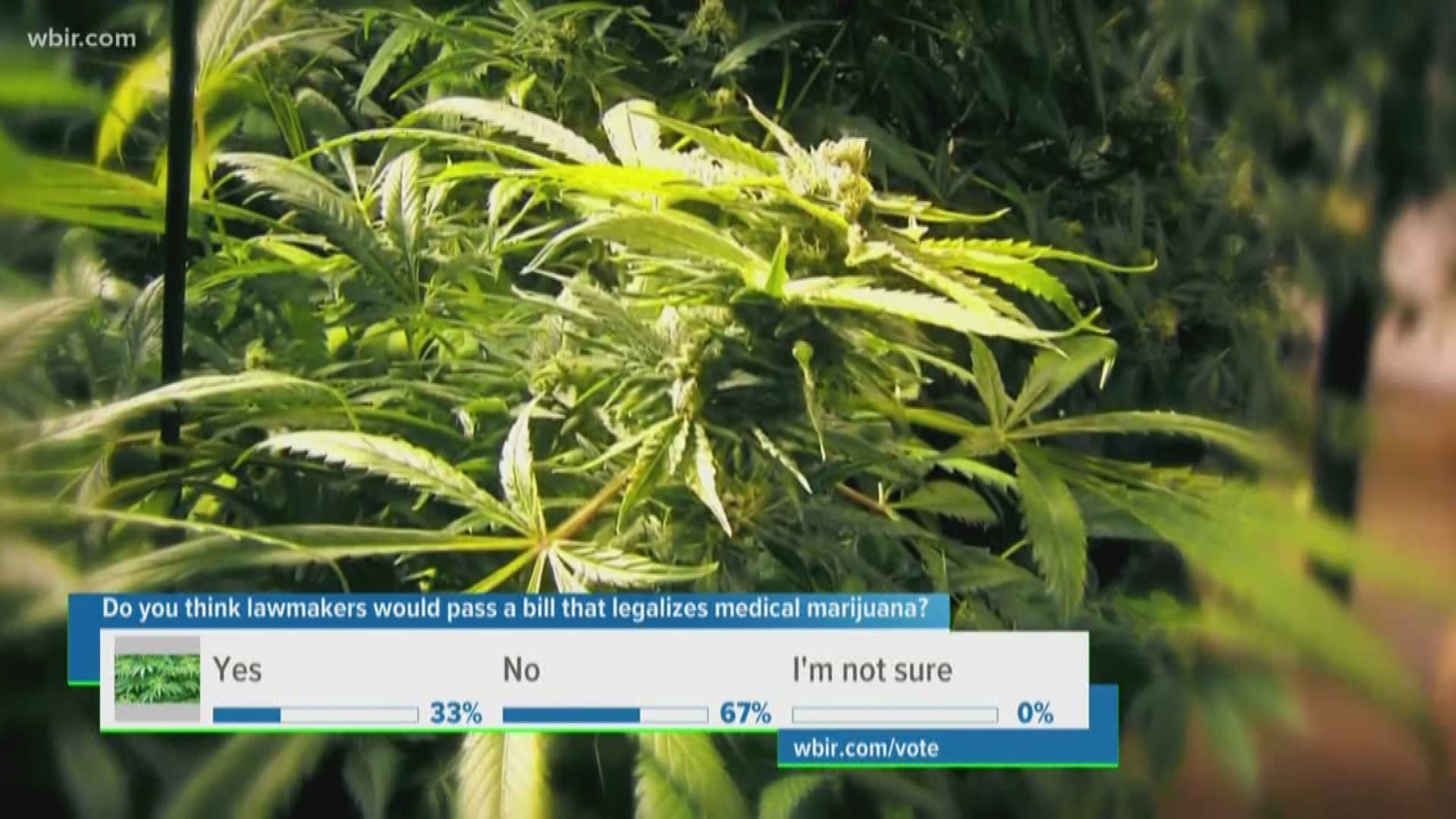 KNOXVILLE, Tenn. — It's a long way from passing, but the sponsors are hopeful.

Senator Janice Bowling, a Republican from Middle Tennessee, is one of the sponsors of the bill that would legalize medical marijuana across Tennessee.

"It is time for us to do what 33 states have already done," she said. "We've got to give a choice to our citizens in their own treatments."

Brian Krumm is a professor at UT's law school. He reviewed the bill to answer some of the common questions you've sent us

First up: Does this bill allow users to grow their own plants?

"No it does not," he said. "There will basically be a process where the growth and actual dispensing of marijuana are done by private organizations."

Nor does it apply to just anyone.

"They've gone into a great deal of detail listing the types of situations where the card can be granted," Krumm said.

Cancer, epilepsy, glaucoma and opiate addiction are among the 20 conditions that qualify.

One major concern: can medical marijuana users be fired if they don't pass a drug test. Krumm says the bill doesn't protect patients from a scenario like that.

"That's one of the things that the courts would have to figure out really because you can't tell a corporation necessarily that they can't have a drug policy."

And unlike other medications, medial weed would be taxed--at nine percent.

These caveats aside, Krumm says this piece of legislation is among the most comprehensive he's seen on the topic--and he said it's clear the bill is based on similar measures in other states.

Senator Bowling said that is by design.

"It has incorporated the winning parts of 33 states that are already doing this, it’s not like we’re trying to reinvent the wheel."