How many times have you gotten your driver's license renewed? One Knoxville woman has gotten hers renewed three times-- and she's blind. 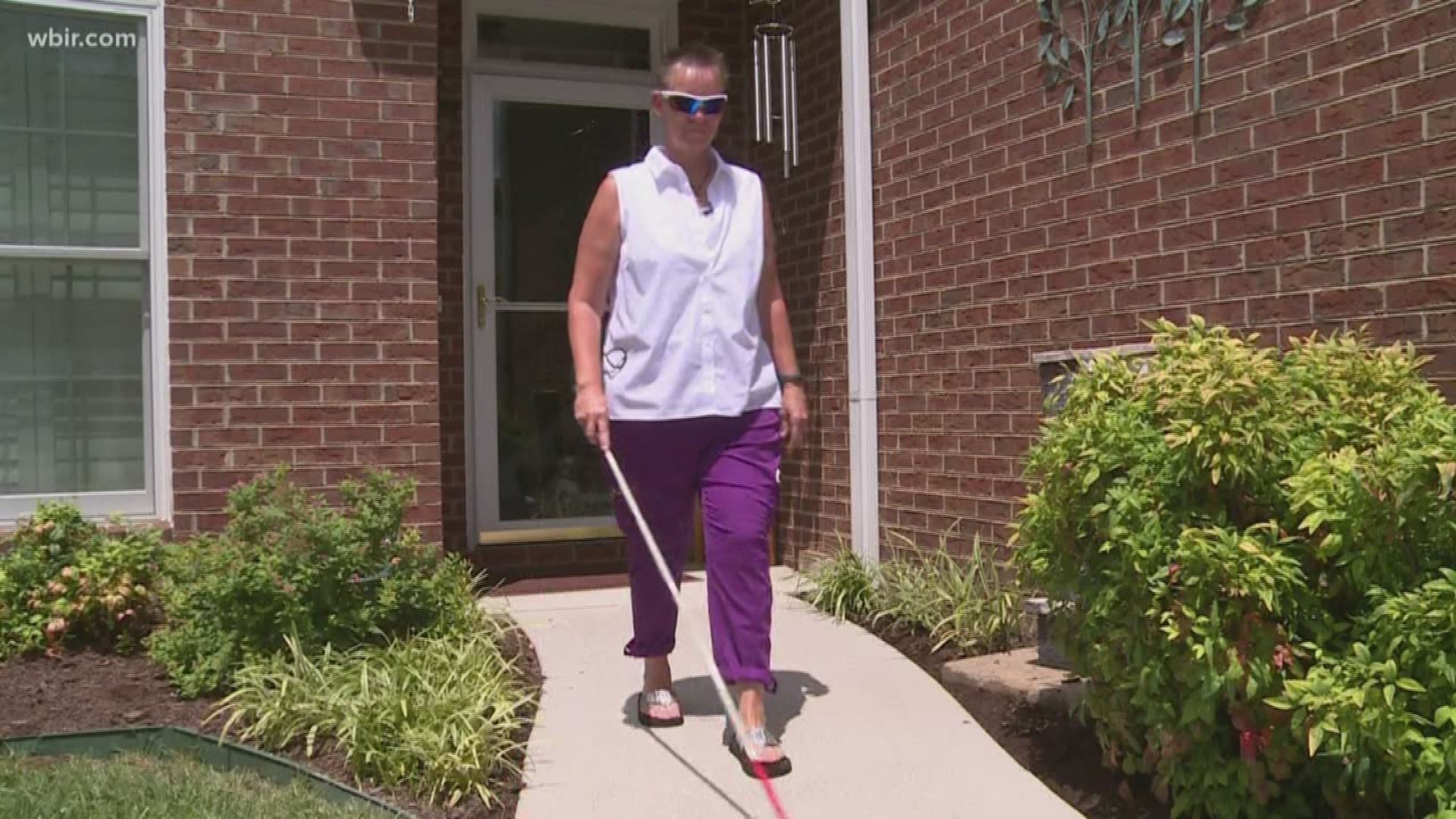 KNOXVILLE — How many times have you gotten your driver's license renewed?

One Knoxville woman has gotten hers renewed three times-- and she's blind.

A little more than twenty years ago, a rare disease whittled away Sue Buckley's eyesight. Before that, she had a whole lifetime being able to see and drive.

And you might notice -- Buckley is very active. She has run the Knoxville Marathon and leads up Club VIBES.

"Even folks who know me well will leave me standing because they forget that I can't see," Buckley said.

When she began to lose her vision, Buckley gave up driving. Soon, however, she knew her license would expire, and that's when she decided to switch to a state ID. But, Buckley says a technicality with her birth certificate prevented it. Instead, she says, she was told her she could simply renew her license.

"You know I'm blind, and you're going to give me a driver's license instead of a state ID?" Buckley said.

Tennessee does not require re-testing for renewing your license. A spokesperson for the Tennessee Department of Safety told 10News Buckley can go into the DMV at any time with her just her license and tell the clerk that she wants to give up her driving privilege, and she would then be issued a state ID.

Buckley believes she's tried that. She's gotten her license renewed two more times since she first tried with the help of a friend who helps guide her, fill out the forms and look in the right direction for the photograph. Buckley's current license will not expire until 2026.

Buckley said her story points to a bigger issue -- the concern of other impaired drivers on the road who have not given up driving.

"I was the one who took my own safety in hand. No one said, 'Stop driving,'" Buckley said. "This is an issue we need to be aware of because, it might be mom or dad down the road, and I want them to be independent, but safe."

A spokesperson for the Tennessee Department of Safety told 10News an individual's license will not be renewed for frequent violations, failure to pay citations or medical referral. The state says it gets about 200 medical referrals a month, and based on the situation, a driver's license is and can be suspended.

The spokesperson said there are no license regulations based on old age, and only the driver can decide when to stop driving. The spokesperson also said the state value's everyone's safety when they get into a car.

If you want more information about Tennessee driver's license regulations, you can find them here.