Deputy Kenny Palmer was headed home to get ready for his shift at the Loudon County Sheriff's Office Monday night when he got the call that his house was on fire. 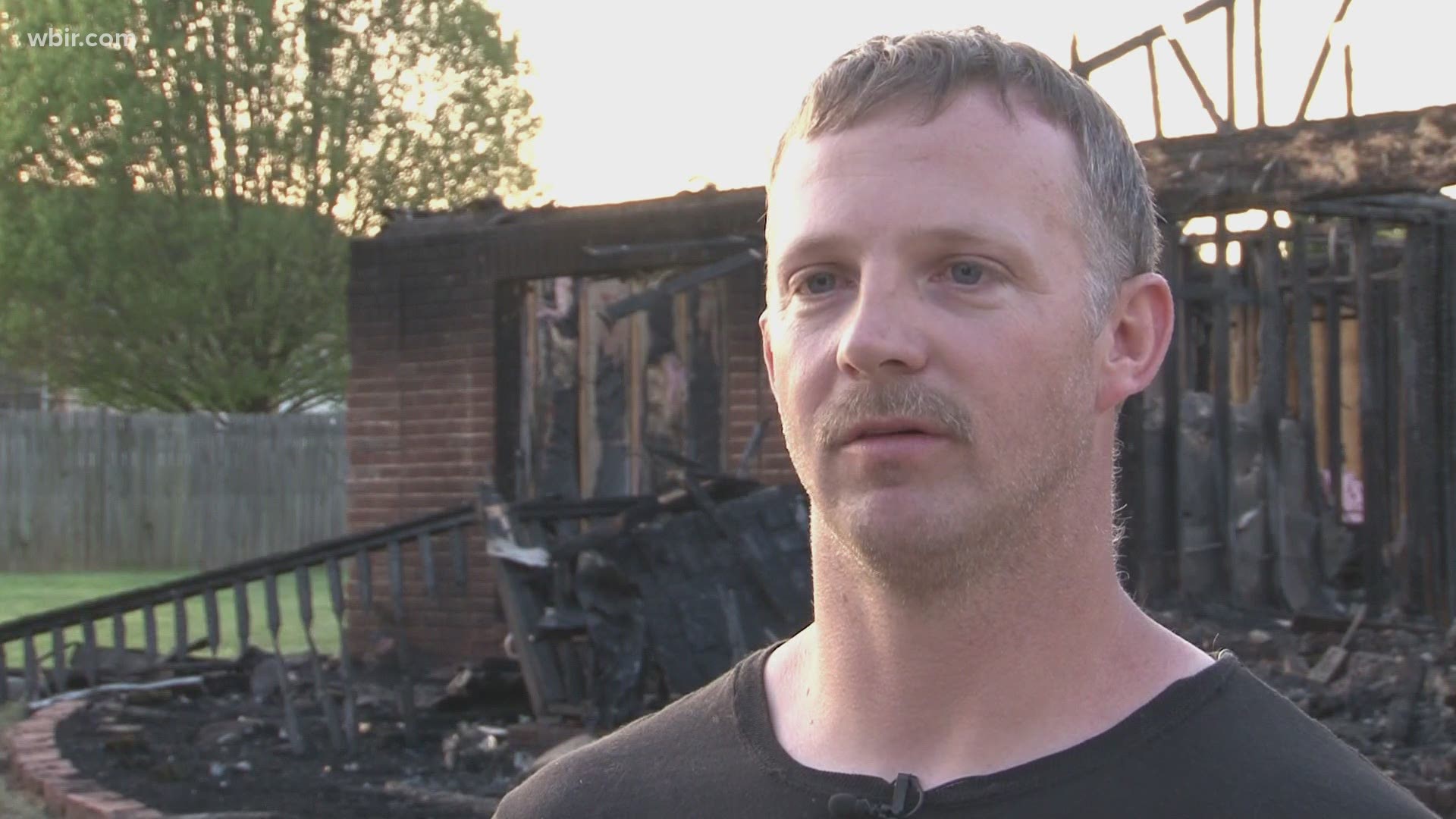 LOUDON COUNTY, Tenn. — A Loudon County Sheriff's deputy and his family are okay after losing their home in a fire Monday afternoon.

According to LCSO, the fire started around 2:30 p.m. as Palmer was headed back home to get ready for his shift at the department. Palmer, his wife and two boys are unharmed, but they lost everything to the flames.

Now, the community is rallying around the family to collect donations and get them back on their feet financially.

"[It's like] everything you've ever worked for is just taken away from you in the moment," Palmer said as he stood in front of his home's shell Monday night.

Palmer is also a School Resource Officer in Greenback and a preacher at a nearby church. He was at the gym with his oldest son and preparing to head home to get ready for his evening shift at the sheriff's department when dispatch gave him the life-altering call that his house was on fire.

"Immediately your heart sinks," Palmer recalled. "She told me everyone was okay but the house was on fire, so that gave you some sense of relief."

Palmer said the items that can't be replaced, like his children's baby pictures and mementos are the hardest to lose, but he's thankful no one was hurt.

As soon as the sheriff's office heard what happened, the officers sprung into action, organizing a GoFundMe and donation drive at the Loudon County

"We just started putting out the word that we were going to collect some items, take up some cash and it's kind of blown up from there," LCSO Sergeant Matt Fagiana said.

Within an hour, clothes, toiletries and $5,000 came rolling in from the community.

Wives of deputies came into the department to help sort, arrange and configure the donations Monday night.

"It really not only is it a testament to what our community is, but it's also it just it shows how important Kenny is to this community," LCSO Sergeant Chris Hutchens said.

Hutchens responded to the fire call and knew the address belonged to one of the department's own. He said it was emotional to see Palmer in front of the wreckage.

"When it does take place within our organization, it's a hard reminder that we are not immune from that," Fagiana explained.

Organizations also donated a van and storage unit to the family of four, helping the department rally even closer to their coworker.

Even in the ashes, this hometown preacher, deputy and dad is trusting in a bigger plan.

"We have a lot of faith in our family, and we know one thing that if He brought us to it He will bring us through it," Palmer said.

The cause of the fire is still unknown.

The department is also accepting what is listed below: