Lights off for the love of lightning bugs

As lightning bug populations dwindle due to artificial lights, experts ask people to minimize the use of outdoor lights during the beaconing beetles' peak spring and summer mating seasons. 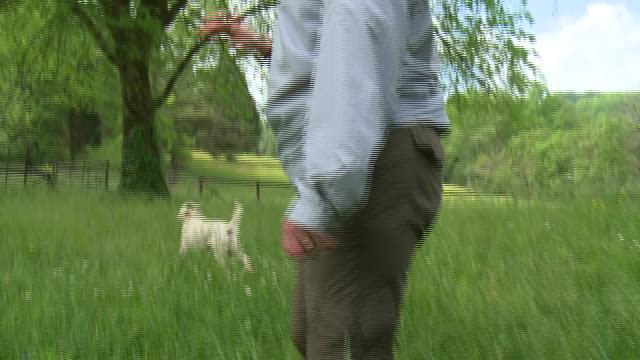 For the love of lightning bugs, experts ask people to turn off as many exterior lights as possible during peak mating months. Artificial lights have eradicated large populations of lightning bugs in East Tennessee and across the developed world.

"Light pollution is a real problem. We already know there are fewer lightning bugs. That's being noted worldwide," said Lynn Faust. "The lightning bugs, they evolved and adapted to a dark world. All of these shining unshielded lights at night are very detrimental to lightning bugs finding love, finding a mate. I want people to minimize their use of outdoor lights, especially during peak mating seasons."

Faust is a longtime resident of Hardin Valley and is arguably the world's leading expert on lightning bugs. She introduced the world to the now famous "synchronous fireflies" in the Great Smoky Mountains a couple of decades ago. She is featured in a new film with Sir David Attenborough called "Light on Earth" that recently aired on the BBC under the title "Life that Glows."

Faust is also in the final stages of completing the very first field guide that details how to identify dozens of species of lightning bugs. The book Fireflies, Glow-worms, and Lightning Bugs is currently in the final editing stage and is on schedule to begin pre-sales in September 2016 and hits shelves in spring 2017.

"Each species has its own flash, its own song of love. It's to find a mate, lay eggs, and then they die," said Faust. "They have to be able to see the flashes to find each other and mate. There's some kind of lightning bug active here in East Tennessee every month of the year, with April, May, and June being our biggest months."

A lightning bug species nicknamed the &quot;Heebie Jeebies&quot; fill the trees in Knoxville in late-June 2015.

By late-May, there are at least 10 species of lightning bugs actively flashing in Knoxville and East Tennessee.

Artificial light negatively impacts some species more than others. Light pollution does not cause as much damage to a species nicknamed "the big dipper" that displays at dusk when there is still some sunlight.

"The big dippers are what most people caught when they were kids chasing lightning bugs. They're really neat because they come out at a time of day when you can still see them. But just because there are a lot of big dippers flying around, that does not mean the lightning bug population is healthy. The other lightning bugs can be devastated."

Faust says homeowners can buy inexpensive shields that surround their outdoor flood lights. The shields point the lights in a positive direction.

"It [the shield] actually just directs the light down, because that's where we need the light. We don't need stray light going out and up to the side. You can actually see better at night when you have the lights pointed down on the ground without all of the glare from light bleeding in every direction," said Faust.

The use of landscaping accent lights that shine up to decoratively illuminate trees can be especially devastating for some species of lightning bugs. The mating ritual for many species involves the females staying on the ground while males fly high and flash in the trees to get the female's attention. Lights that blind females from spotting a flash in the sky or prevent males from seeing the flash on the ground make mating impossible.

Landscaping accent lights that illuminate bushes and trees can be especially devastating to some species of lightning bugs.

Faust said she tries not to be too "rabid mad dog" in her quest to save lightning bugs. She understands the desire to have a beautiful yard and burn lights at night. She simply asks to do it at the appropriate times.

"By all means, use your lights when you're having a party, having friends over, or coming home late at night. Burn those lights. But if you're just inside watching TV or going to bed, turn them off. Because it affects the males being able to find the females and the females being able to see the beautiful flashes that the males are trying to impress the ladies with," said Faust. "Plus, it saves money and electricity."

Lights along Interstate 40 in West Knoxville

So for the love of lightning bugs, turn your lights off. Doing so can give a bright future to the bioluminescence of nature that sends our hearts aglow.

"Lightning bugs are one of the few insects that everyone seems to like. It is something beautiful that adds to all of our lives. I think of it the same way as music or art. You can't really put a price on them, but without them your life is much poorer. And I feel like lightning bugs, that we need to try to preserve them."

Faust also recommends preserving as much native vegetation in yards and minimizing the use of pesticides that soak into the ground.