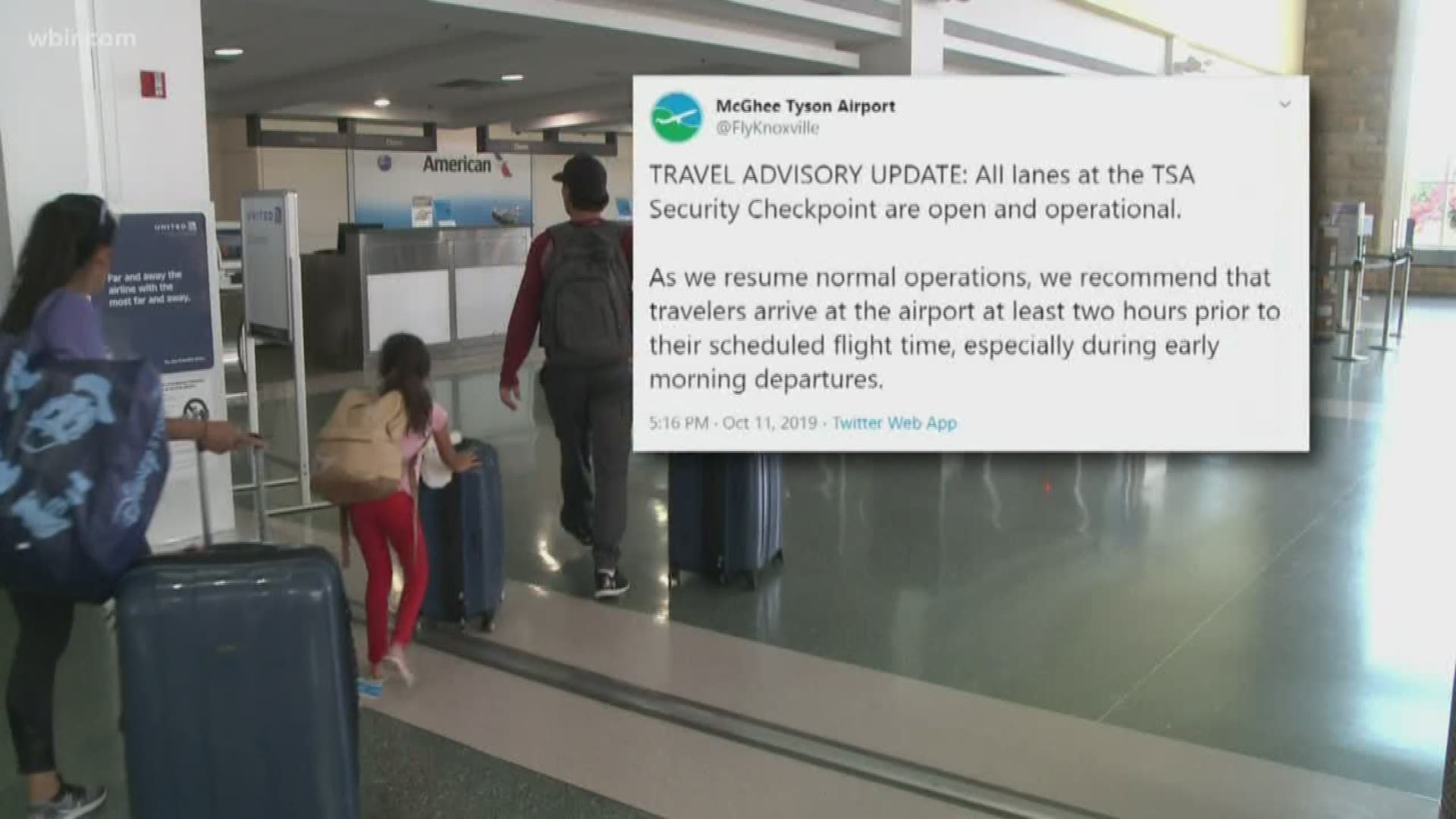 All lanes were back up and running at 4:45 p.m Friday.

Long lines were reported at the airport checkpoint as crews worked to fix the machine.

"TSA is working to fix the machine as soon as possible, but while one lane is temporarily closed, we strongly advise travelers to arrive at the airport at least 3 hours before their flight, especially during early morning departures," McGhee-Tyson said in a press release. "We apologize about the inconvenience and are working with the TSA to fix the situation as soon as possible."