Laurie first met Maria nearly seven years ago, and they've been inseparable ever since. 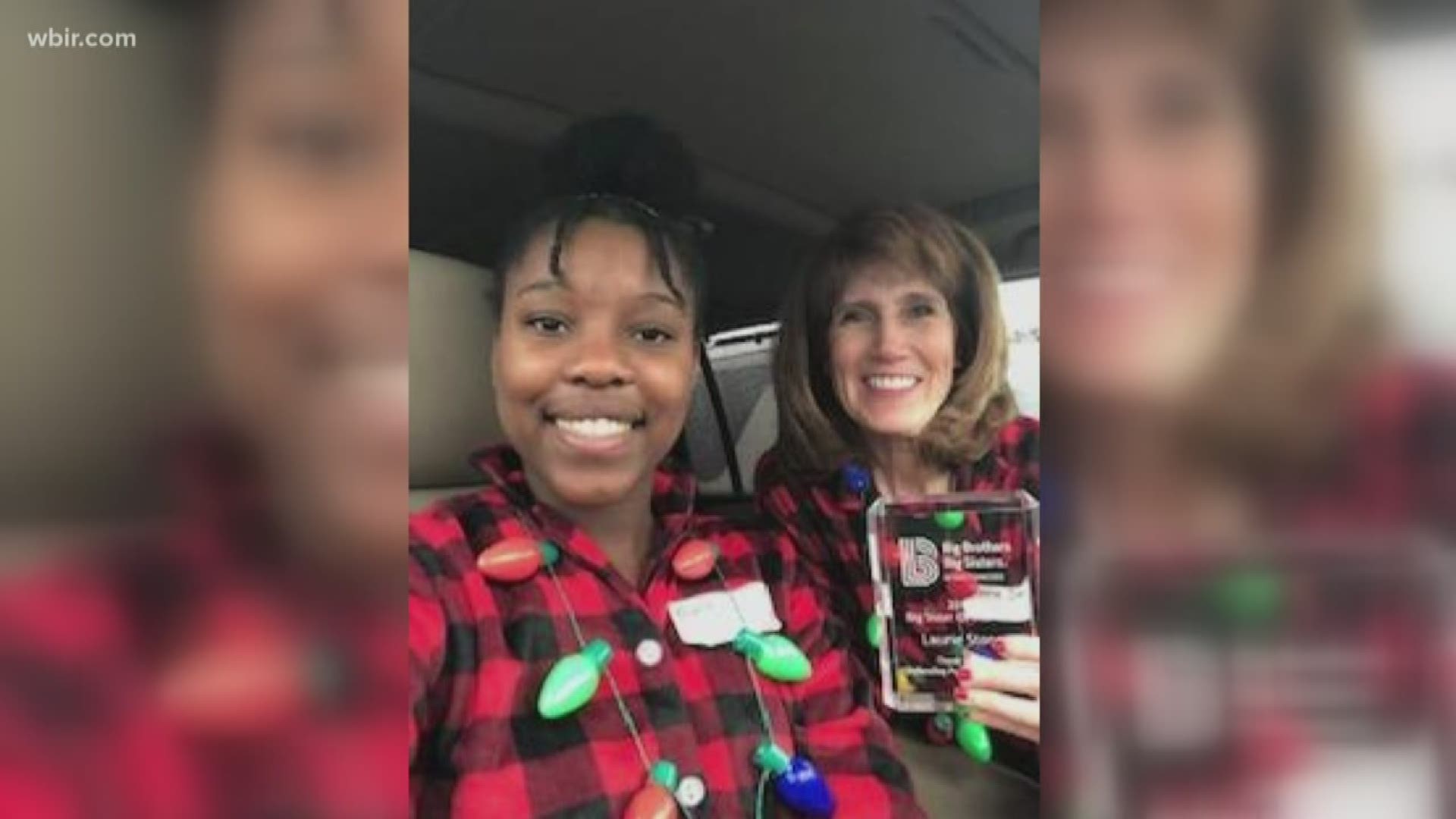 KNOXVILLE, Tenn — It seems like yesterday Laurie and Maria were planning their first trip to the circus.

"We make that our anniversary outing every year. We kind of make a big deal about that and act silly, and as we've gotten older our goal is to see how much cotton candy we can cram in our mouth at one time," Laurie laughed.

Laurie first met Maria nearly 7 years ago when Maria was in second grade, and they've been inseparable ever since.

"She was just a little thing," Laurie smiled. "Maria is a very compassionate young lady. She is very responsible."

More than 100 children are currently on the waiting list for mentors with Big Brothers Big Sisters of East Tennessee, but there are not enough volunteers.

Laurie loved the program so much she eventually joined the team, and this year she was named Big Sister of the Year.

But the pair doesn't need an award to know their relationship is something special.

"I think I would be a way different person if I hadn't met her," Maria said.

Laurie and Maria have a bucket list of new things to try together.

Next, they plan to hike and go on a picnic.

It's a friendship they hope will last a lifetime.

It takes just a couple hours a week, two or three times a month to change the life of a child.