Whitmer students paused to weigh in on what it means to have President Donald Trump in town and how it will have an impact on them and their classmates. 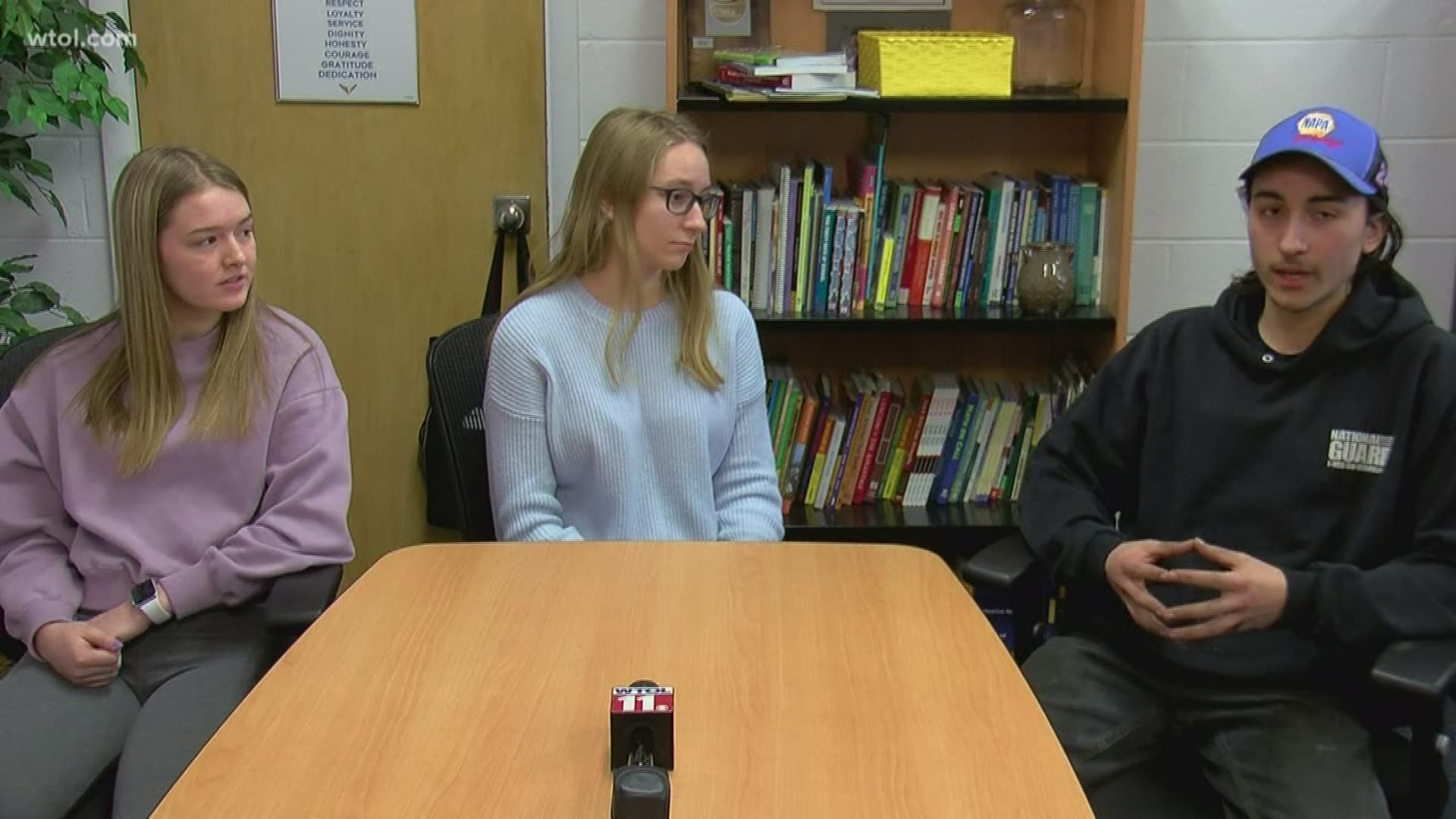 TOLEDO, Ohio — Ahead of the President's Toledo rally, three Whitmer students explain how his rally will have an impact on them and their classmates since some of them will be able to vote for the first time in this election.

The students have different views, but all agreed having the President in the Glass City is important.

"When I found out about it, I actually got my ticket that day, but I also think it's a good idea for anybody to come, whether you're democrat, republic independent or don't fall under anything," said senior, Sam Szymanski.

The group of Whitmer seniors agree having the President come to town is meaningful and in their words, honorable, political views aside.

That's because this is something big for our area and helps them understand what they learned in school about government.

They also say that listening to what a candidate has to say can help voters make an informed decision during the election later this year.

"It's great that we can come together and see what ideas he's projecting and whether or not we agree with it, that's for us to decide," said Szymanski.

All three of them say having President Trump here and other political officials, reminds them of how important our right to vote is and that every vote makes a difference.

They also mentioned they are not nervous about the president being in town with the current Iran situation.

They said they feel safe and have faith in all of our local first responders and Secret Service to make sure nothing happens.

RELATED: Going to the 'Keep America Great' rally Thursday? Here's what you need to know