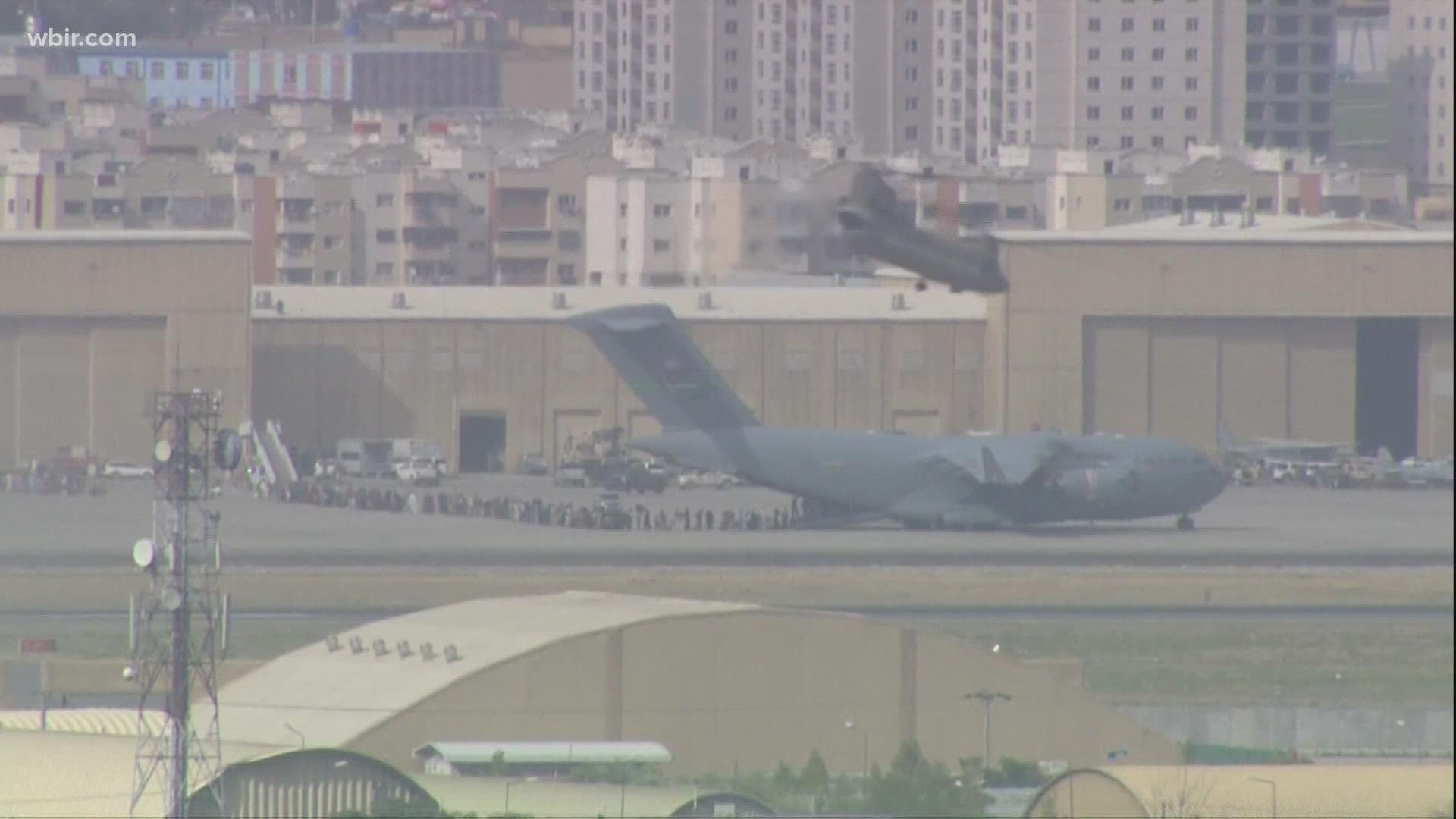 Morton served in Afghanistan as part of his decades-long career in both the Tennessee Army National Guard and on active duty.

He was embedded as an Army trainer with the Afghan Army on the Pakistani border. Morton said he worked with interpreters that were assassinated while he was in Afghanistan because of their service to the United States.

After Kabul fell to the Taliban, Morton said he's worried another one of his interpreters will suffer the same fate.

At last check, Morton said the interpreter was on the bus toward the airport. Once there, he has to get through thousands of other Afghans trying to flee Taliban rule.

"Kabul is just a morass right now. I mean, it's anarchy around that base," Morton said.

The Biden Administration set a deadline for all Americans to be out of Afghanistan by August 31. The Taliban called the date a 'red line' and threatened to react if it was not honored.

"I'm just praying that he makes it through that gate in time," Morton said.

Morton said he was not surprised with how quickly Kabul fell to the Taliban. As an American who trained the Afghan Army, he said they had resolve to fight, but were worried about more basic needs.

"If you don't know how you're going to feed your family, you may compromise some relationships and deal with people who you wouldn't prefer to deal with," Morton said.

Morton said he doesn't know what the future brings for Afghanistan, but he said the U.S. succeeded in their mission to weaken Al Qaeda and kill Osama bin Laden.

Now, he hopes they'll be able to get everybody out safely.

"I want the American nationals out and I want the interpreters out," Morton said.