The taskforce calls for changes such as increased training, transparency in use of force cases and increased oversight by the task force. 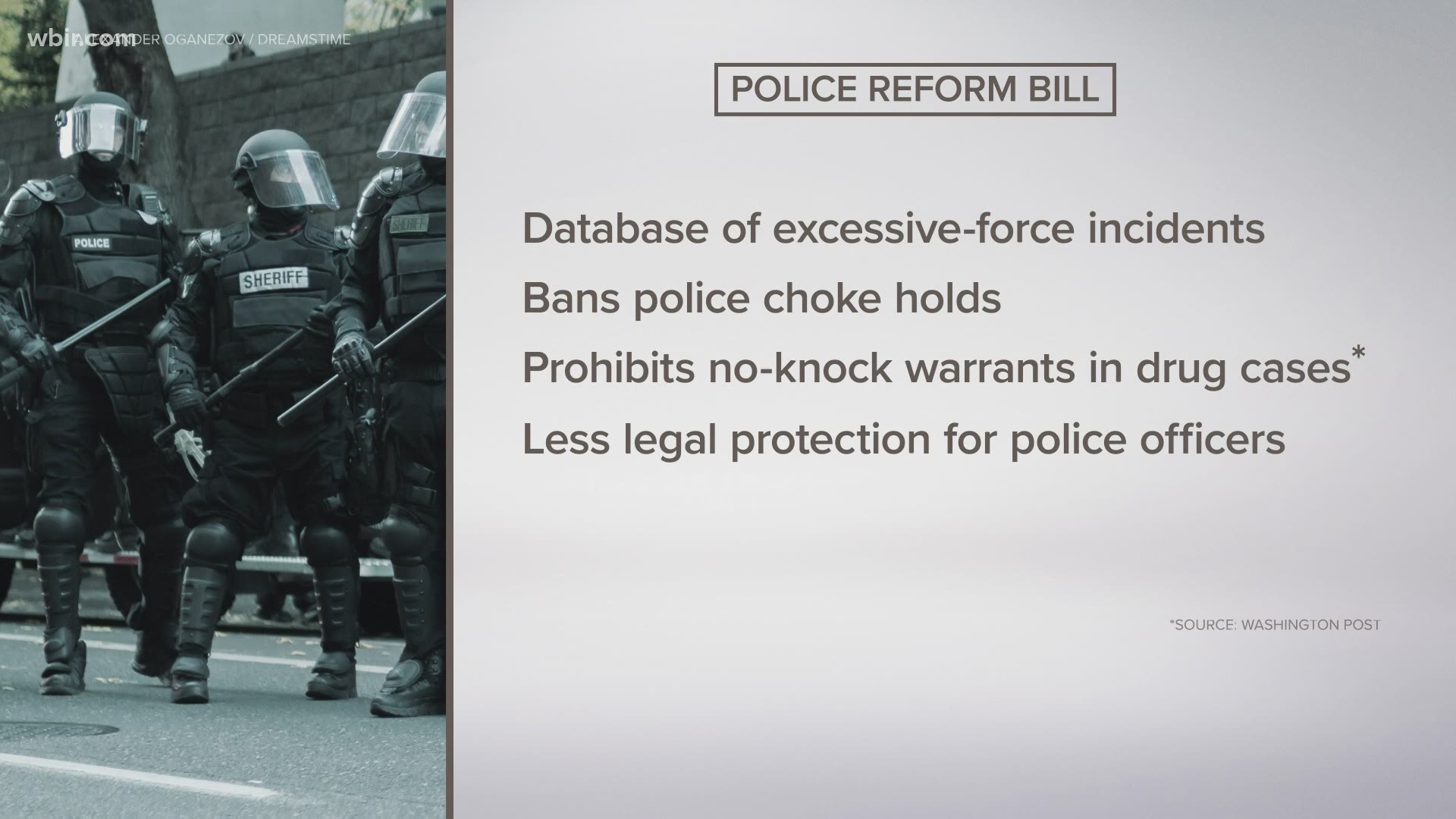 The task force, a part of the Knox County Democratic Party, called for increased training, oversight and transparency in the 17-page document.

The task force said it reviewed many use of force cases by KPD over the past three years and said the "incidents occurred as a result of racial bias, excessive use of force, and/or insufficient mental health crisis intervention training."

The task force said in a press release, "the fact that none of these incidents resulted in disciplinary action toward the officers involved, including when Knoxville’s Police Advisory Review Committee (PARC) publicly recommended that disciplinary action should be taken, shows a failure of the systems currently in place."

According to the press release, the task force formed in 2017 after an off-duty KPD officer held a North Carolina woman at gunpoint as she changed the license plate of a car she bought in Jefferson City, Tenn.

RELATED: KPD officer cleared after holding NC woman at gunpoint while off duty

Some specifics the task force is calling for include expanded culture training for all officers that focuses on systematic racism and biases it causes, mandatory crisis intervention training with an emphasis on mental health training and transparency when it comes to the use of body cams and "timely access" to the footage from officers' body cams.

The Knoxville Democratic Party said officers do not know how to handle addiction and mental health crises, using the case of Sierra McCauley, a woman shot by KPD while naked and roaming the streets, as an example.

It said officers should do "reverse-ride-alongs" where they spend a day with people of color and hear about their past experiences with police officers.

It requests stricter investigations when it comes to clearing an officer in use of force cases. The task force said officers should be required to engage in "de-escalation measures" before taking measures that could cause death.

The task force wants use of force investigations to be evaluated on two levels. The first being "was there a reasonable threat?" and the second being "were the officer's actions reasonable?"

Lastly, the task force wants KPD to work on decreasing the number of inmates in jail and stop "unnecessary jail detention." According to the task force, 20.4% of the daily jail population was recorded as having a mental health condition.

The task force also said cash bail should be eliminated and transitioned with alternative methods that ensure individuals awaiting trial will not flee the area.

You can read the full, 17-page document, by clicking here.