The homes in Ashley Oaks subdivision off of Highway 11E in Strawberry Plains are still flooded from February's heavy rain. 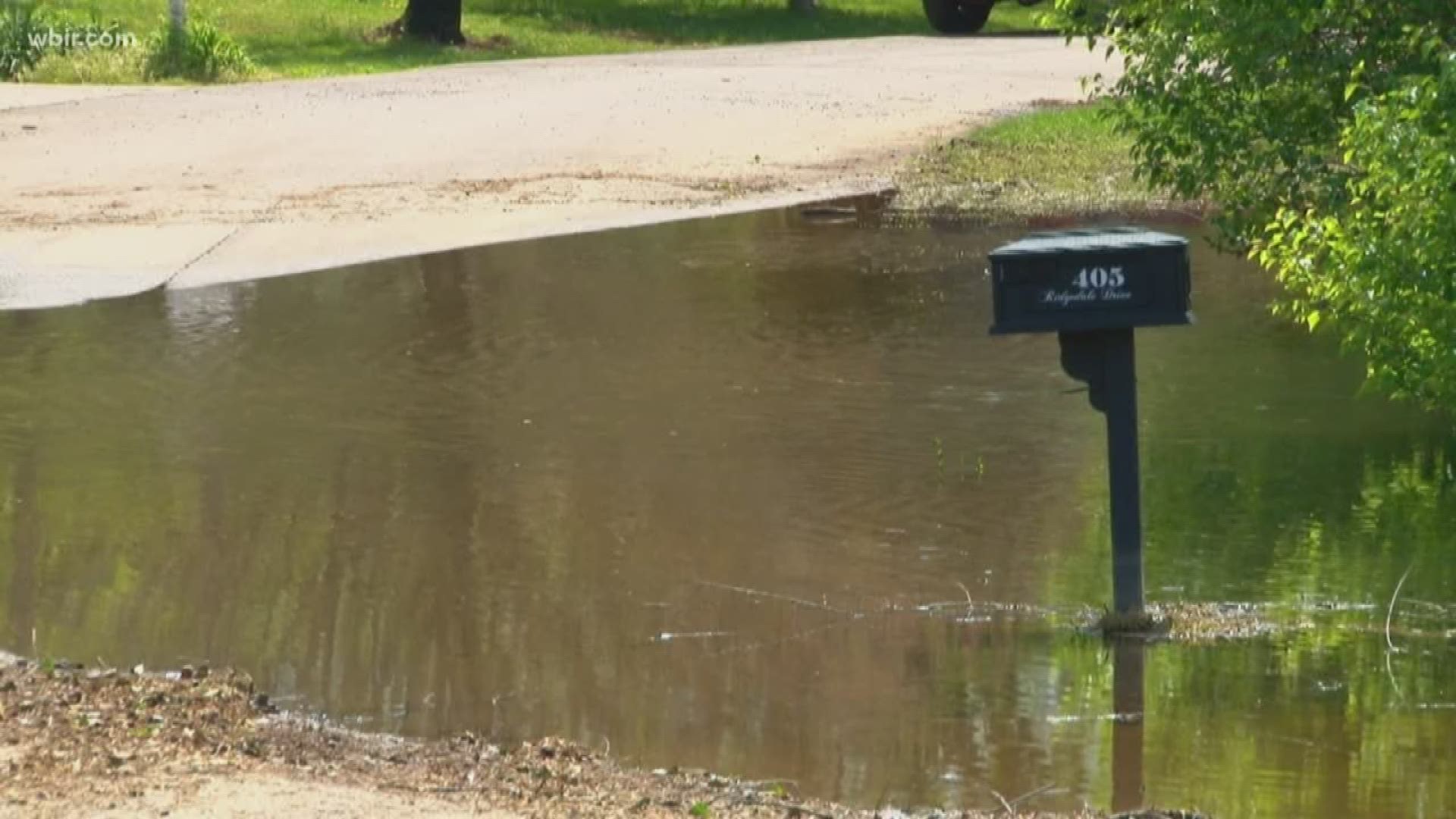 Several homes there remain in the water.

"Well, the goal is to get the water out of this lake down here," said Danny Newman with the Jeff County Baptist Association Disaster Relief.

Jefferson County commissioners voted to use up to $5,000 to pump water away from Ashley Oaks neighborhood Monday night.

The Highway Department and the Baptist Association Disaster Relief were already out Tuesday, April 16 making it happen.

They're running a water line from Ashley Oaks, down Highway 11 East and into Beaver Creek.

They're working to pull homeowners out of a watery mess.

"There's been a lot of folks involved in it," Newman said.

Folks like Marvin Bruner, who gave up some of his hay field to run the water line through it.

"Well we're just trying to help our neighbors out," Bruner said. "They owe thousands of dollars on their houses down here, and they've just lost out, it's gone."

RELATED: Family thankful for kindness of others as their Jefferson Co. home remains under several feet of water

Newman said they're aiming to give some hope to neighbors in a tough situation.

"You can't tell," Newman said. "Tomorrow it might be me, it might be you, you don't know."

He said it's the type of work his organization does.

"Life's not really easy," Newman said. "If you don't believe it, you can ask some of these folks down here that woke up and their house flooded. They went to bed one night and everything was fine, and they got up the next day and they had water up in the house, and that's not good."

The Baptist Association workers hope that the project will only take about a week longer to finish up, but it could be longer.