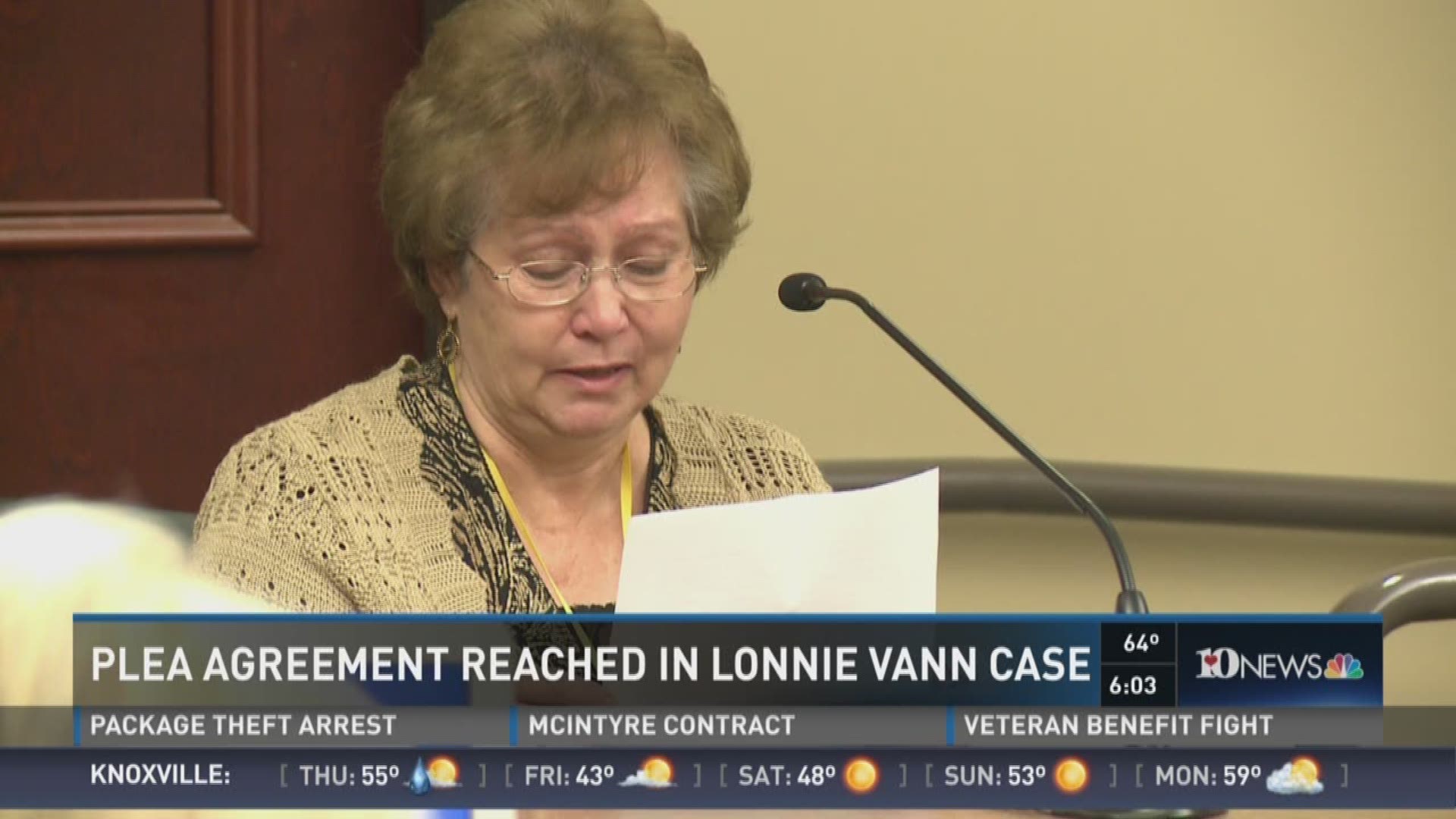 A former Campbell County middle school teacher charged in the death of a LaFollette mother pleaded guilty Wednesday to murder and other charges.

Vann was charged earlier this year with the murder and kidnapping of Rhonda Daugherty. 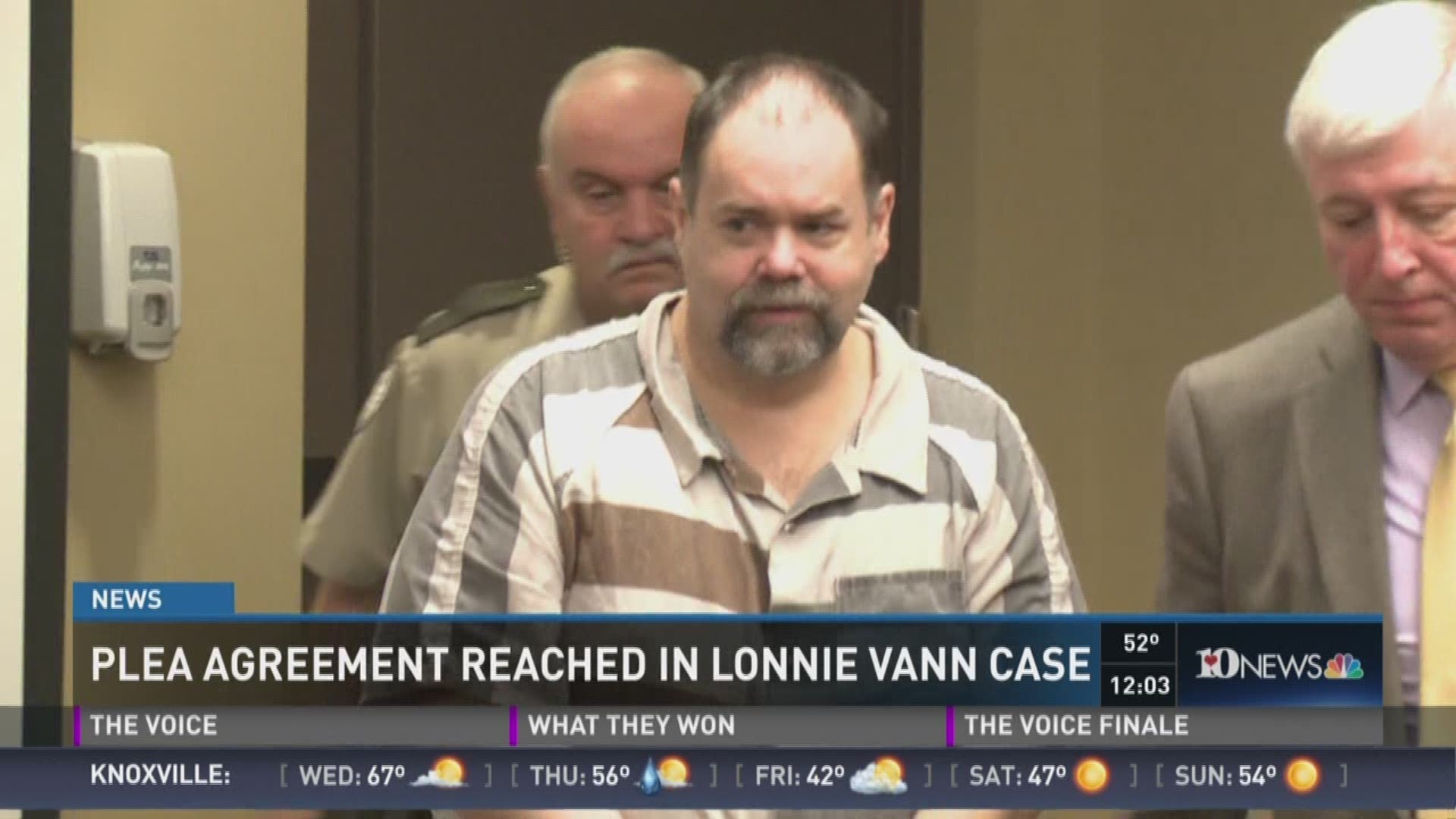 A prosecuting attorney said Wednesday that Daugherty's body has not been recovered despite evidence Vann disposed of it in Norris Lake near Sugar Hollow Marina.

"This was beyond anything I could've imagined," Charles Daugherty said. "I now faced life without her."

Rhonda and Charles Daugherty had just celebrated their 30th anniversary when she disappeared. The couple also was eight days away from seeing their first grandchild's birth.

"Adam (Rhonda's son) didn't get to have his mother at his wedding," Kitts said.

Just two weeks ago, the Daugherty family held a candlelight memorial at Coolidge Baptist Church to honor Rhonda's memory on the one year anniversary of her disappearance.