Saturday night was Jayden's big middle school dance, and she got a special escort to the banquet from the boys in blue. 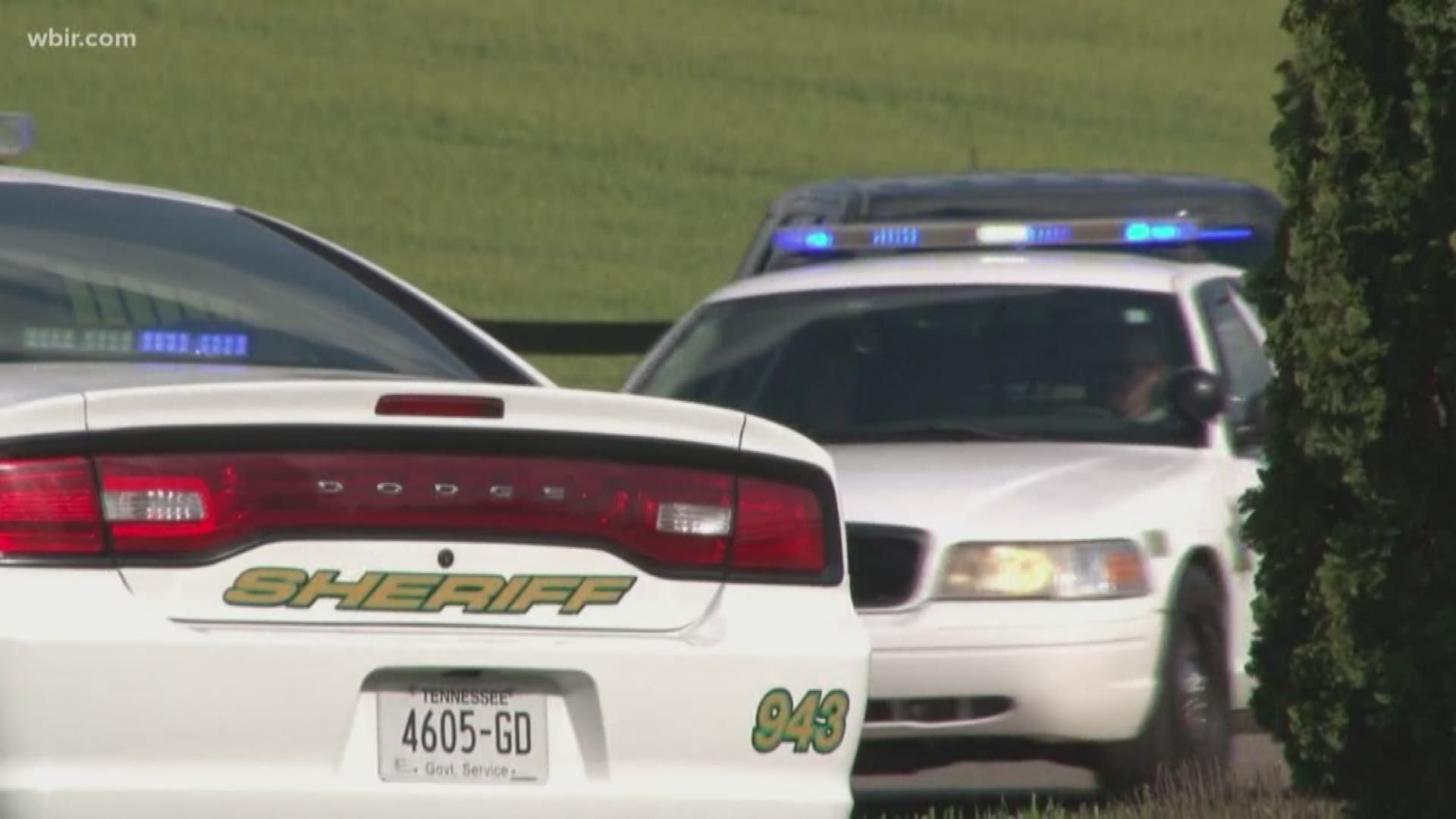 Scott was responding to a domestic disturbance call. He was shot and killed.

Left behind was a pregnant wife carrying a daughter he never met. 11 days later, Jayden Scott was born.

Now, Jayden is finishing up the 8th grade and getting ready for high school. Saturday night was her big middle school dance, and she got a special escort to the banquet from the boys in blue.

“Everybody come over here, please!” Jayden commands the crowd of more than two dozen law enforcement officers to gather for a photo in front of the Knox County Sheriff’s Office helicopter.

“Her father was not able to be here, because of what happened in the line of duty,” adds Loudon City Police Field Training Officer Bobby Lankford. “But we’re here for her.”

Jayden asked for East Tennessee law enforcement, many of whom she considers close personal friends, to take some photos before her 8th grade banquet.

“Oh my God, there’s so many here,” she said, overwhelmed by the turnout. “It felt like I was special.”

Many of the officers gathered knew Deputy Scott, and they remind Jayden of the resemblance.

“You couldn’t not smile when you were around Jason,” says Officer Lankford.

“They tell me that I’m perky and quirky like him,” Jayden smiles.

“When he walked into the room, the room lit up,” Sgt. Hamilton remembered. “If there was a bad mood, it left.”

“My smile, like, his is the same thing,” Jayden said.

“Everyone talks about what good a person he is, he’s above and beyond that,” Officer Lankford said.

“My jokes and my laughs are the same as his,” Jayden said.

The law enforcement community has welcomed Jayden like one of their own.

What took Jayden by surprise was that the officers were going to escort her to the banquet. With the helicopter hovering overhead, a fleet of lights and sirens welcomed Jayden to Sweetwater Valley Farm.

“I did not know about this,” Jayden grins. “They did an awesome job being very secretive about it.”

Lt. Mullinax walked with Jayden through an aisle of officers at attention.

“It’s a great feeling, knowing that all these guys are coming her for Jayden,” Lt. Mullinax sums up the day. “It’s perfect. It’s perfect.”