Lionel Ferguson decided to go fishing at a small pond in rural Loudon County back in May. Little did he know at the time that he'd reel in a black crappie that would put him in the record books. 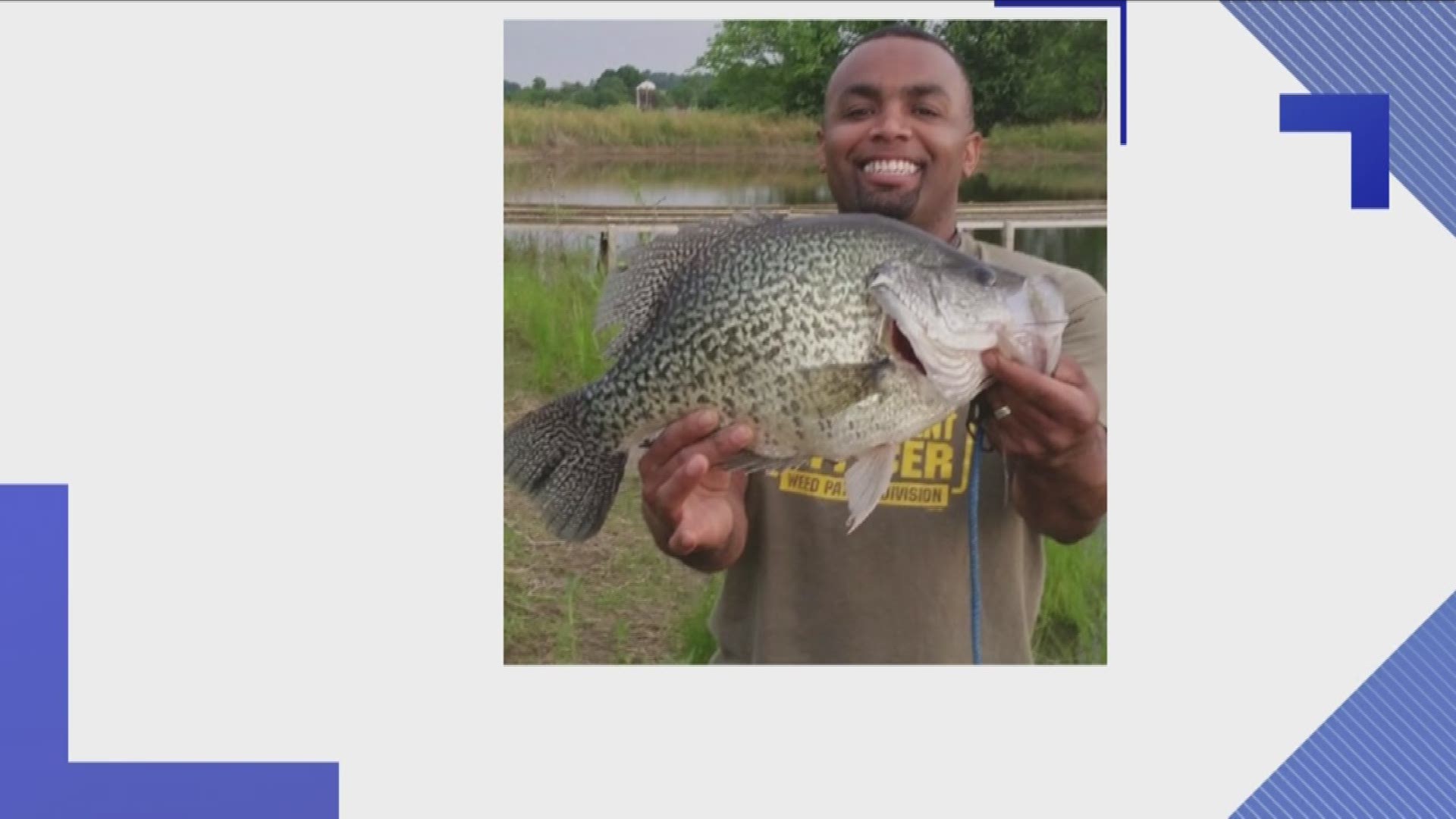 LOUDON COUNTY — An East Tennessee angler is now officially the holder of a fishing world record after catching a enormous black crappie back in May.

Lionel Ferguson decided to go fishing at a pond in rural Loudon County. Ferguson, who also goes by “Jam”, said he had no idea at the time he would reel in what would be a state and world record-breaking black crappie fish.

Back in June, the Tennessee Wildlife Resources Agency said the results from a genetic analysis verified the state record. An application for world record status was submitted to the International Game Fish Association, which verified the 5-pound, 7-ounce black crappie as the new IGFA All-Tackle world record in October.

The crappie Jam reeled in ended up outweighing the world record by an impressive 7 ounces and Tennessee’s state record by more than a pound.

That former state record black crappie was reeled in by Clyde Freeman in Brown’s Creek Lake, 42 miles east of Jackson, Tennessee in 1985. Ferguson’s crappie ended up weighing in at around 5 pounds and 7.68 ounces once he got the help of one wildlife officer who found him a proper scale to weigh the fish on.

The previous world record black crappie weighed in at an even 5 pounds, caught from a private lake in Missouri in 2006, according to the International Game Fish Association.

A biologist with TWRA sent a clipping of the fish’s fin for DNA testing to ensure the fish wasn't a hybrid crappie.

Ferguson said he’s appreciative of the owner for letting him fish from the pond, but didn't want to mention the location of the pond for the sake of the owner’s privacy.

“TWRA wishes to congratulate Mr. Ferguson by breaking a state record that’s been held for 33-years and looks forward to assisting him with the world record application process if needed," TWRA Fisheries Chief Frank Fiss said.