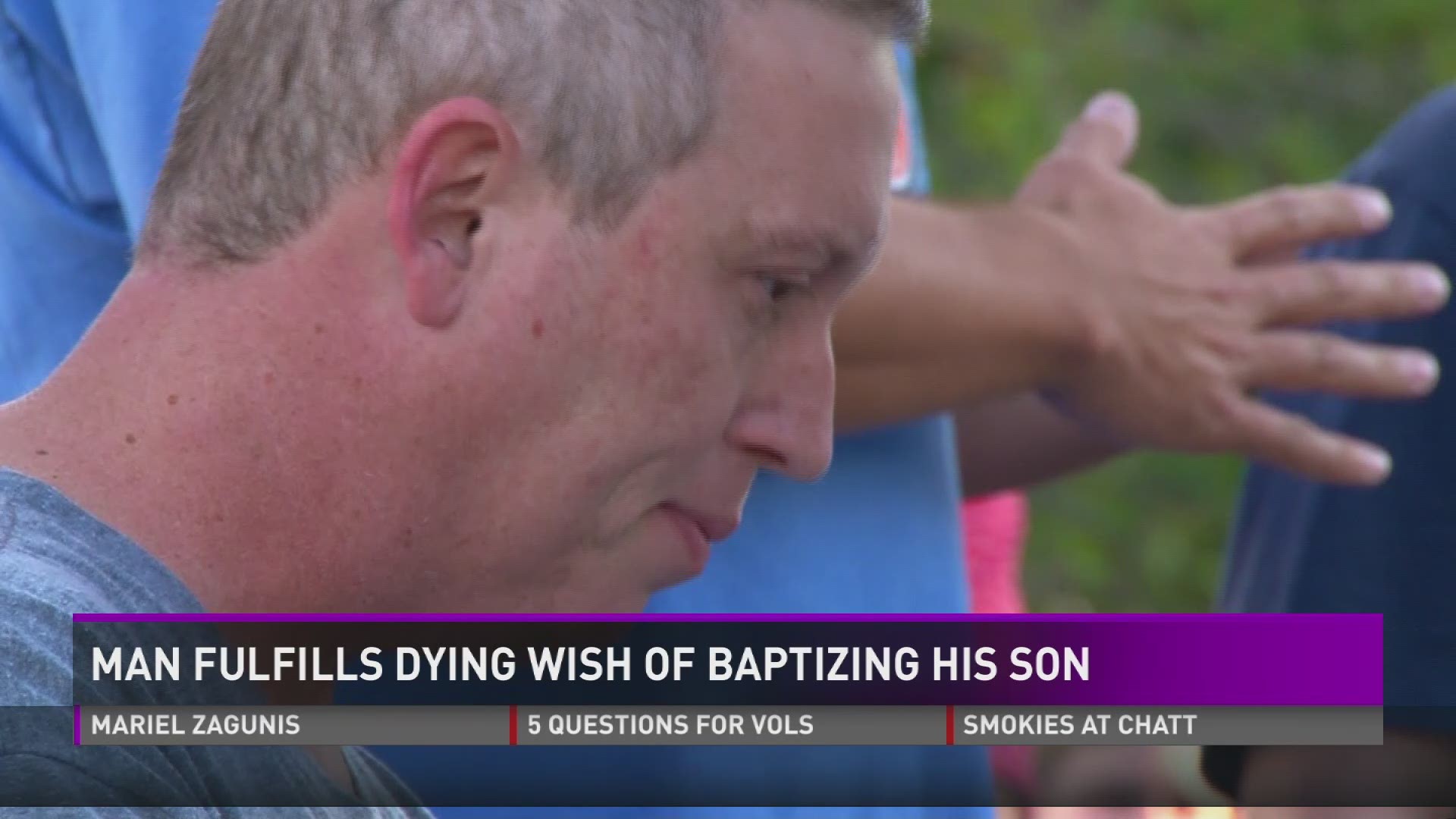 Less than a week after seeing his dying wish come true, an East Tennessee man died after a battle with cancer.

Given little time to live, Chris Statzer chose baptizing his youngest son as his final wish.

The Morristown man has baptized his two other children already, as he was a youth minister at a Jefferson City church.

He was diagnosed with esophageal cancer in May.

"Oh, it was so huge to me," Statzer's 11-year-old son, John, said. "I always wanted him to baptize me. I was just hoping he would still have the chance to."

Nearly one hundred people gathered at Morristown-Hamblen Hospital last week to watch Chris leave his bed and baptize his son in a big tub outside the building.

"It shows me that he never gives up and that he fulfills his promises," John said. "And he will always, always do what he says."

John Seals, the executive director at the Morristown Boys and Girls Club, works with Statzer at his other job there. He said it's no surprise to see so many people supporting Statzer and his family.

"We're just heartbroken, but we want to lift him up and we love him," Seals said. "I just know the impact he's had on kids, and he would have on our kids. We serve a really good group of young people who come from some really tough circumstances, and for the time he's been there, he's made a great impact."