Despite Saturday's loss, one church in Maryville is asking people to show up in Vols gear. 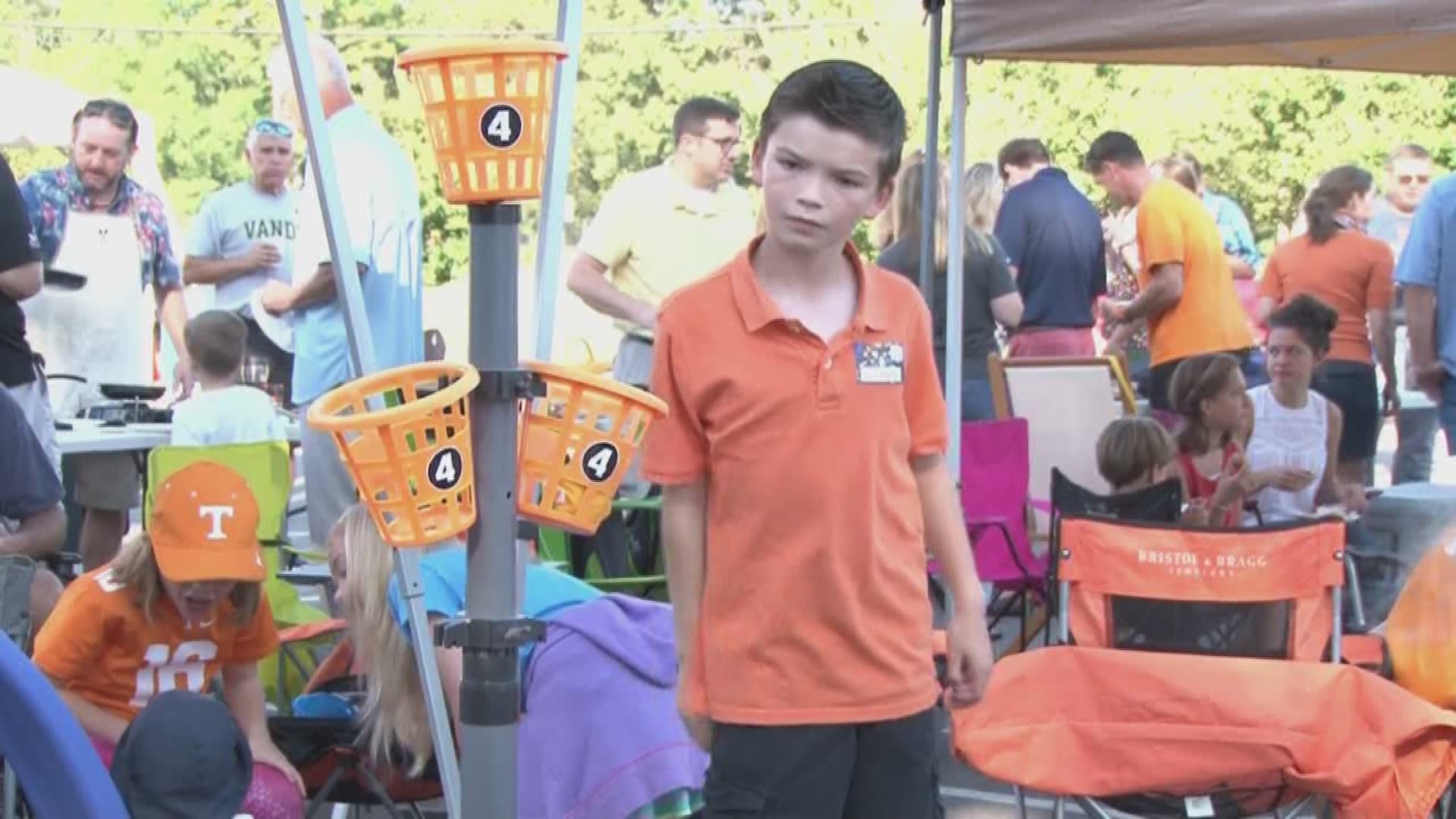 When you see corn hole, live music, and delicious food served out of the truck of a car, it usually means one thing: a tailgate.

But this isn't a football game, it's Sunday services at First United Methodist Church in Maryville.

"Those low attendance Sundays when everybody seems to be out of town, Labor Day weekend, it can be like 'Oh, where is everybody?'," senior minister Catherine Nance said.

To avoid asking where everyone went, and instead encourage them to come on down, the church organized its second annual parking lot party to get people to come to church on September 2.

"This year, they kind of thought twice before [leaving town for the weekend]," she said.

They didn't want to miss the pancakes, Nance explained.

Those pancakes and the worship service crosses times, styles and ages.

"We like the imagery that we have out here of the big tent, it's good religious imagery that there is room for everyone."

And while the subject of Saturday's sermon was service, there was judgment too.

"We are judging the different classes by decorations, food and hospitality," he said.

Judging not the pious and sinful, but the delicious and friendly. He said the tent with the omelet station was in the lead.

"Whenever I got there, they asked if I wanted food. If I had time to stop. If I wanted something to drink. Stuff like that."

And while most here worship the Vols on Saturday, come Sunday, the church welcomes all.

"It doesn't matter who you're rooting for, we're all God's children, all loved," Nance said.

The event also kicks off a month of service for the church. Members partner with KARM and other community organizations for hands-on missions in the community. Near the end of the month, they'll pack thousands of meals to send to organizations in Africa.