The group said after years of perfecting their rehab program in Maryville, they've helped countless men get back on their feet after a life of addiction. 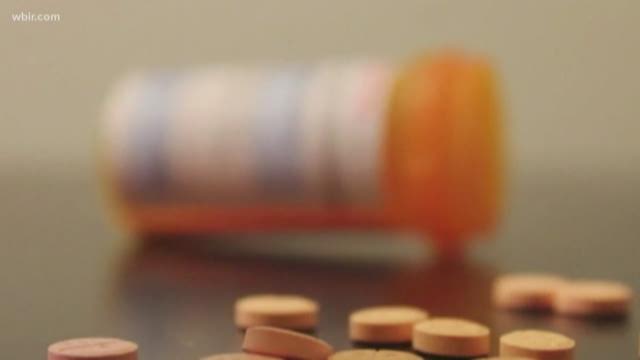 A nonprofit in Maryville is launching a program in several counties across the state it claims is more effective than standard rehab centers for treating opioid addicts.

True Purpose Ministries is launching the Tennessee Opiate Initiative, and they'll be following this mission statement:

To help municipalities and nonprofits organize a plan of action to address their local substance abuse epidemic. Promote a community model for a drug free society. Assist in the design and build of complete recovery programs that seamlessly merge efforts of municipalities, nonprofits, and the judicial systems.

The group said after years of perfecting their rehab program in Maryville, they've helped countless men get back on their feet after a life of addiction, and are ready to expand it into other Tennessee counties.

One of those men is Matthew Sharp, who spent a large part of his life in and out of jail.

He said no rehab programs were working.

Until he found a year-long program at True Purpose.

The cornerstones of this program are faith, counseling and job training, so graduates leave with a clear path to a new life and career, not old habits.

"We do the job training," said Gil Heinsoh, president of the Tennessee Opiate Initiative. "We have them in every imaginable discipline from go-kart tracks, mulch yards, some are in school, some are in office administration."

Sharp just graduated the program, and after several promotions, he now manages the go-kart track in Pigeon Forge where he worked when he first got to True Purpose.

Originally he was hesitant to spend a year in rehab, but said his time in the program completely changed his life.

"Nobody gets over addiction in 28 days," Heinsohn said.

Sharp now knows that too.

Heinsohn and True Purpose founder Jeremy Graham are working to spread this recovery technique throughout the state.

"We wanted to go to the top 16 counties in the state of Tennessee with drug and alcohol addiction, the highest rate, and then we wanted to go and start 16 facilities there," Graham said.

They said their method is more cost-effective than keeping people behind bars.

The group has secured backing from the USDA, which is financing housing for the Tennessee Opiate Initiative facilities in Blount and Monroe counties.

Sixteen facilities seems like a lot, and it is, but Heinsohn said they're going up fast.

A women's facility that's about to start construction in Monroe County will be finished by the spring.

They have the research, data and graduate success, they said, to keep addicts out of jail, and on the road to recovery.

"I just want people to get the same experience, the same hope, the same freedom I received," Sharp said. "Knowing that that's going to other counties, I think it's going to have a huge impact on the state of Tennessee and the nation at whole one day."

Graham said they're talking with Hamblen, Roane and Cocke counties to get rehab programs started there.

To see how their recovery program works, the public is invited to an open house at True Purpose Ministries in Maryville.

On Friday, February 9 from 2-4 p.m., people can see the new housing for graduates of the program, hear testimony from those they've helped, and learn how to get involved.