Developers want to build a 634,812-square-foot warehouse distribution center in Alcoa. What it will hold remains unconfirmed. 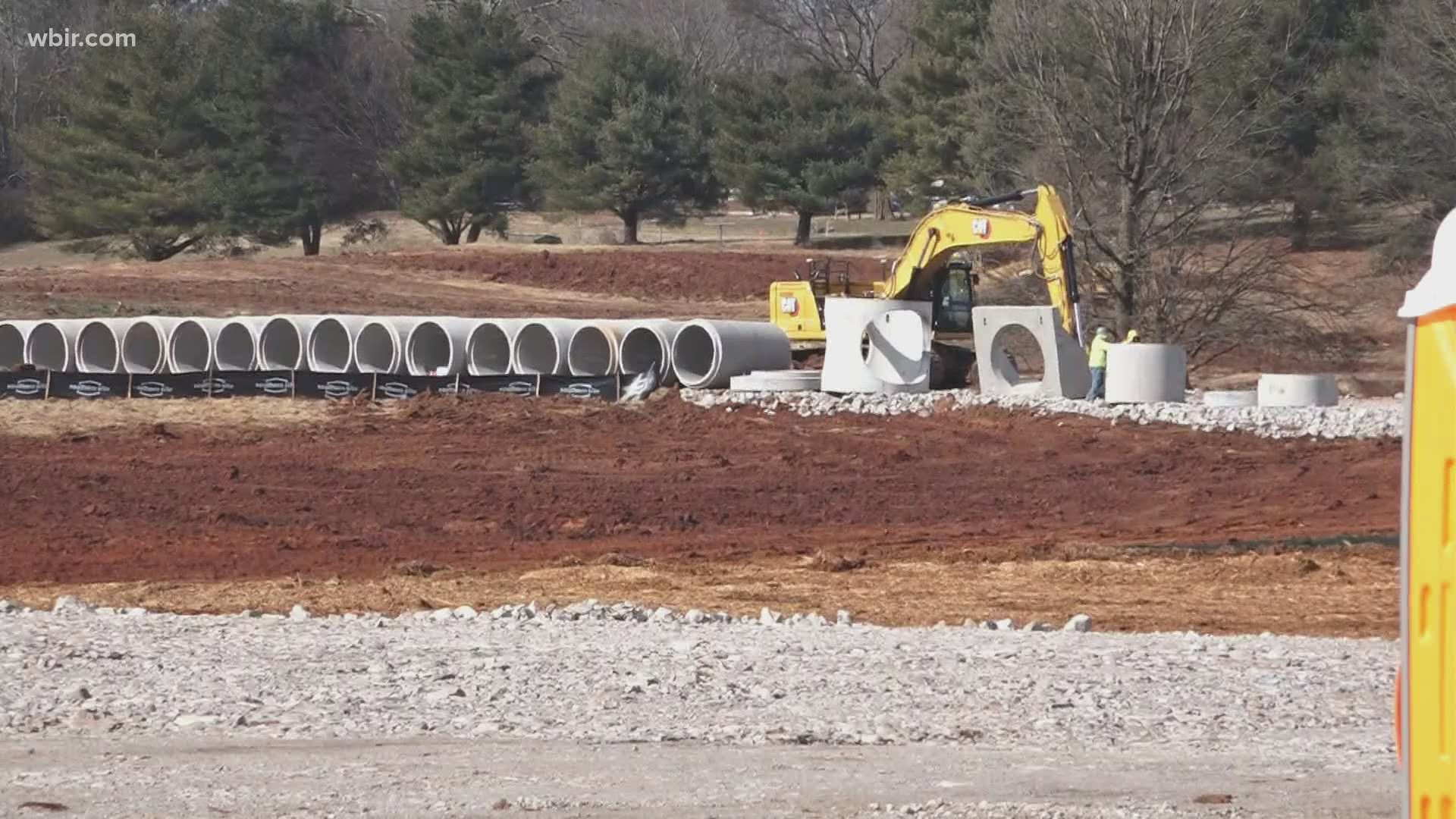 ALCOA, Tenn. — A huge distribution center could be coming soon to the foothills of the Great Smoky Mountains.

The Blount Partnership and developers Hillwood Investment Properties are proposing building a warehouse distribution center on part of the former Pine Lakes Golf Course in Alcoa.

The force behind the distribution center hasn't been revealed, but it bears the marks of developments opened in the U.S. by retail giant Amazon.

The state and Gov. Bill Lee have in the past touted new Amazon projects in Tennessee.

Credit: WBIR
The proposed site of the Alcoa distribution center, once used for a golf course.

Hillwood is pitching the plan and has developed properties for Amazon and Wayfair in the past. Cannon & Cannon consulting engineers, which has a Knoxville office, also is involved.

While multiple people contacted by WBIR said they couldn't or wouldn't comment, documents offer insight into plans for the center.

The city of Alcoa submitted an application to the Tennessee Department of Transportation in October "requesting assistance with providing adequate access to the Pearl site.

"Obtaining TDOT approval for improvements to Singleton Station will clear one more hurdle for us in Hillwood’s site selection process but does not guarantee that we will be their choice," staff notes from October state. "However, they have indicated that a decision will be forthcoming in the next few months."

According to TDOT documents obtained by 10News, the value of the property and capital improvements for the expansion is around $187.5 million, and total cost for all road updates will be over $15 million.

Records state the new project will create 750 jobs with an annual payroll of $23.4 million, with about 200 trucks utilizing the facility each day.

The Blount Partnership said a number of businesses would be willing to fill the spot on Singleton Station, and any business of that size would be good for the area.

At least a couple aspects about Pearl point to Amazon.

The retail giant is in the midst of a massive capital plan to build distribution centers. When submitted to an area city or county for development, they often have a project name: "Charm," for example, in Pflugerville, Texas, part of the Austin metro area.

Numerous projects that turned out to be for Amazon carry the same markings -- in Mt. Juliet, Tenn., Greenville, Wis., and Pflugerville to name just a few.

Earlier this year, the company submitted a proposal to rezone the former Knoxville Center, or East Towne Mall, off Interstate 640 from a mixed-use regional center into a light industrial zone in order to make way for an ecommerce fulfillment and distribution center. 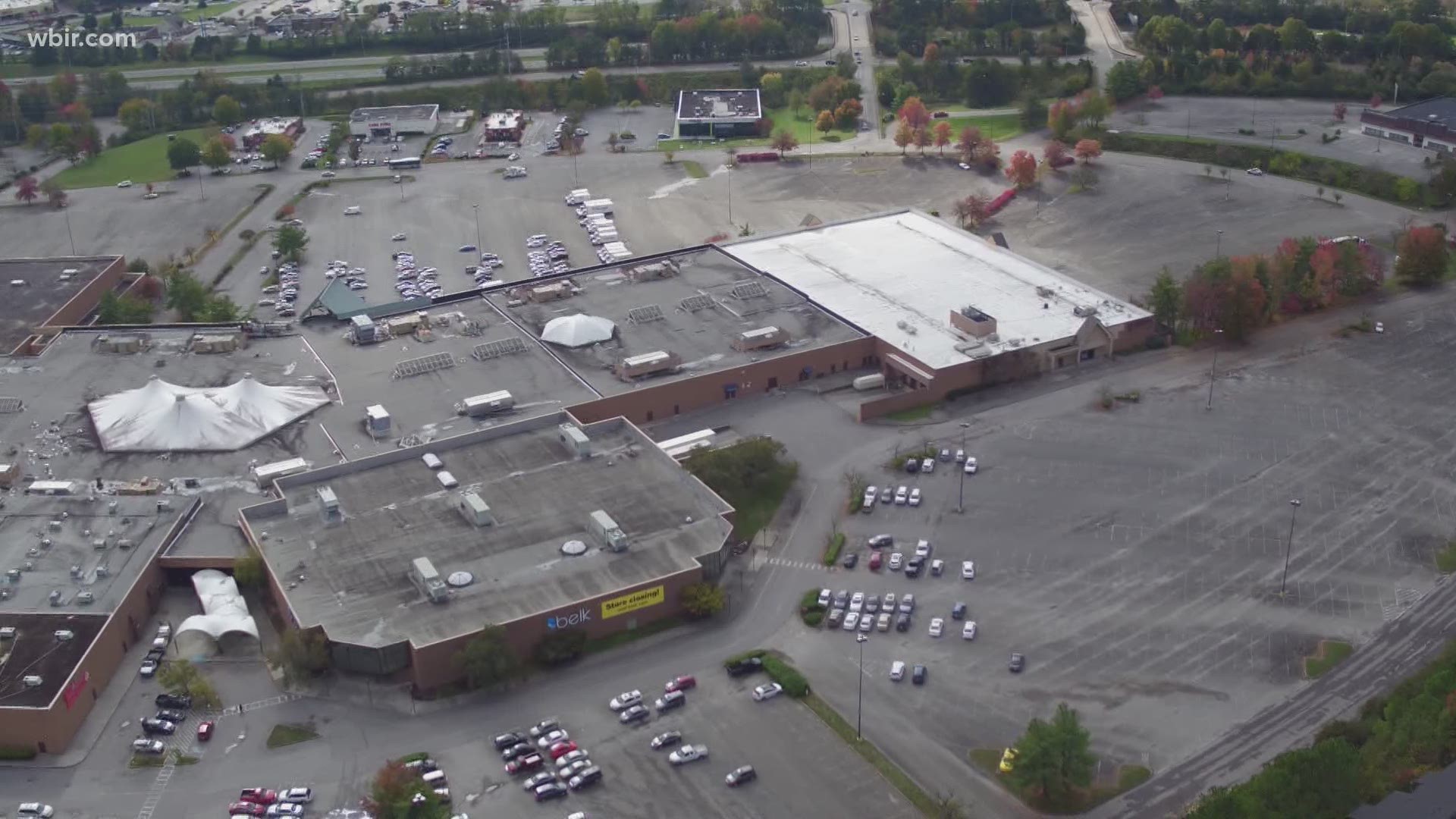 The Knoxville City Council is expected to vote on that rezoning request at Tuesday's regular meeting.

If all goes through, Hillwood's project schedule shows demolition of the Knoxville Center/East Towne Mall would begin in February 2021, followed by construction starting in April with a projected March 2022 completion date.

The intended occupant hasn't been named. Amazon and Wayfair have both been posed as possible occupants.

Cannon & Cannon, Inc. is also listed as a partner on this project, called "Project Malibu."

Credit: City of Knoxville
A building example offered in connection with the Project Malibu application for the old Knoxville Center mall site.