Swarms of mayflies are coating some areas near the Tennessee River in Knox and Blount counties. Biologists say the short-lived explosion of insects is a good thing. 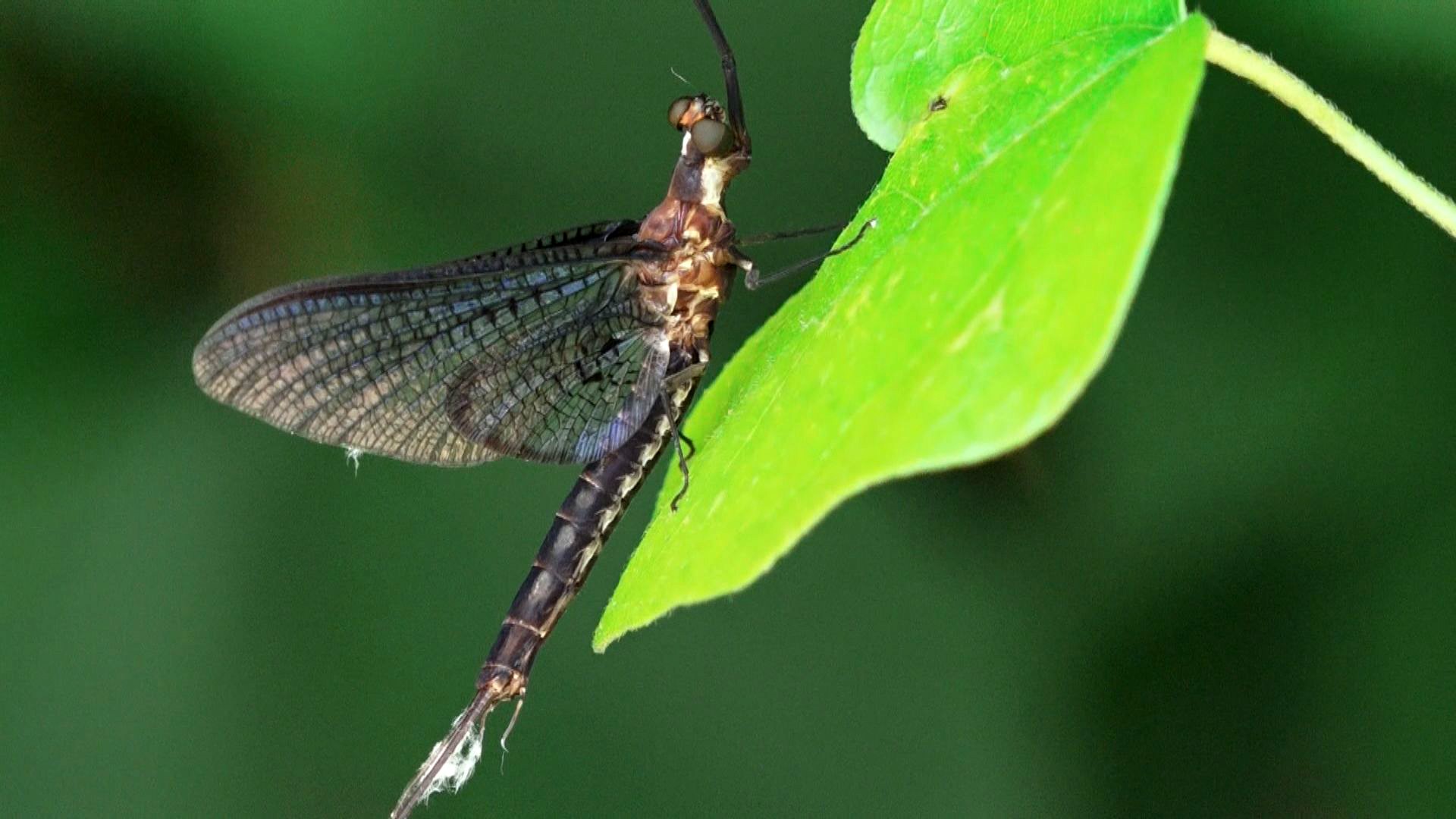 KNOXVILLE, Tenn. — Patriotism filled the air Thursday in areas near Fort Loudoun Lake in West Knox County. So did millions of mayflies in a mating frenzy.

Swarms of mayflies create a massive mess and can creep people out.  But the insects are harmless to humans.  They do not carry diseases.  They do not sting or bite people. In fact, they don't even have mouths. There's no need for the adults to eat because they usually die within one day.

The insects emerge in the summer after living most of their lives at the bottoms of lakes and rivers. When they finally reach adulthood, they take flight and only live around 24 hours. In those precious moments, they frantically mate and lay eggs in the water before they die.

Credit: WBIR
An adult mayfly in the vegetation along Fort Loudoun Lake in West Knox County.

The survival strategy for mayflies is strength in overwhelming numbers. Swarms of mayflies can grow so thick, in some parts of the country they often show up on the National Weather Service radar.

Mayflies are attracted to lights and pile up at night in well-lit areas.  Gas stations are often coated with the creatures.  You will currently find countless mayflies on the sides of the Weigel's and Pilot locations on Westland Drive, Northshore Drive, and Topside Road.

Again, mayflies do not carry diseases. If you come across a pile at a local gas station, there's no need to report the stores to the health department for unsanitary conditions.  The mayflies are merely attracted to bright lights and will be dead in a day or two, leaving the staff to sweep up the remains and power-wash any clinging skeletons from the sides of the buildings.

Credit: WBIR
A swarm of mayflies piles up at a building near Louisville, Tenn., in Blount County. Photo submitted by Gina Mac.

Scientists say the immense mayfly population is a good thing.  The creatures require clean water to survive. Their numbers dwindle when water is polluted.  The massive swarms are a sign the aquatic environment is healthy.

The insects also give birds, fish, and spiders a big July 4 holiday feast.  The love-fest for the winged adults gives them liberty and death in one day.

There are more than 600 species of mayfly in the United States. Many of these emerge in May in various regions of the country.  But they can take flight several months earlier or later depending on the area's climate and environmental conditions.