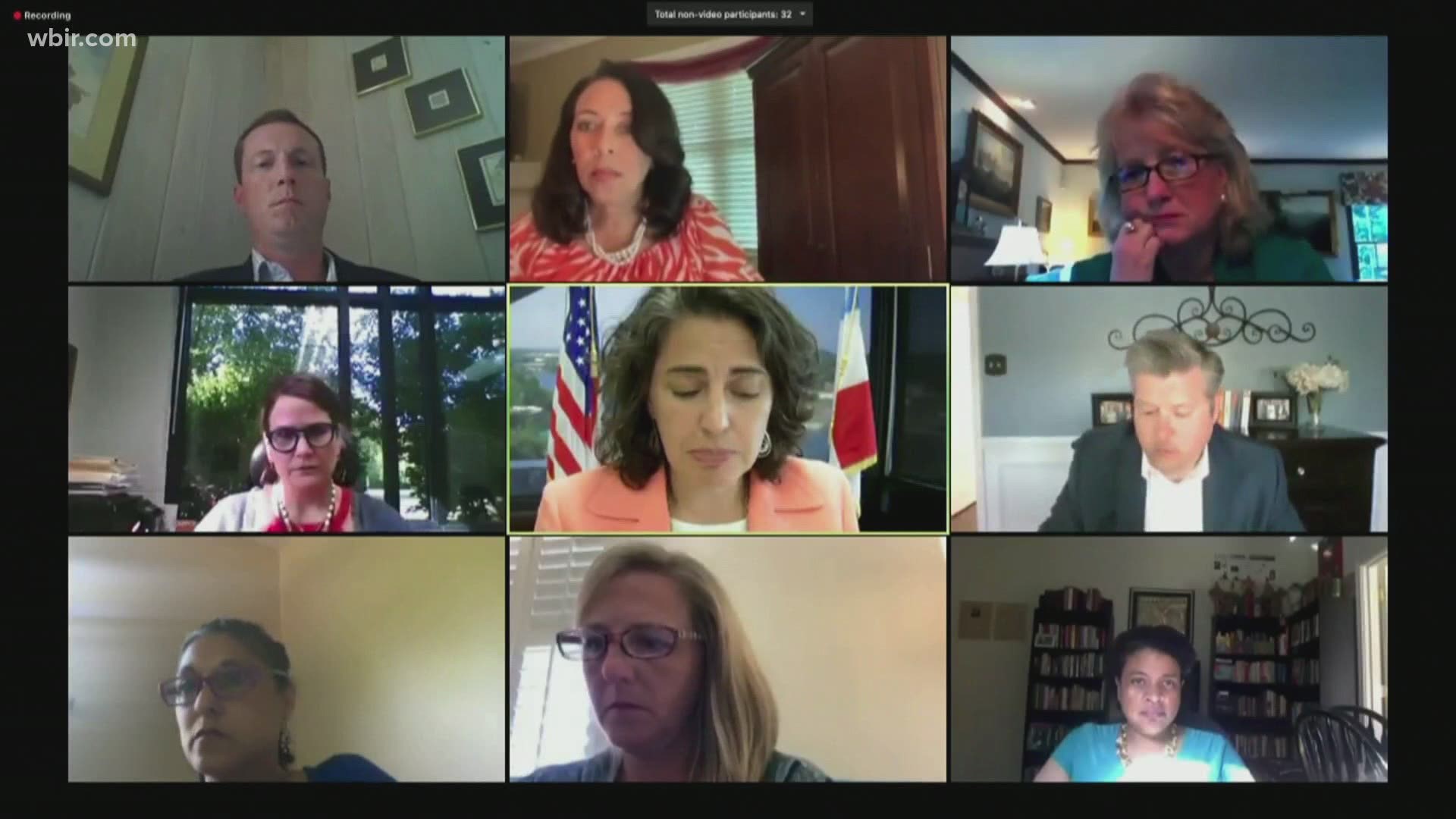 KNOXVILLE, Tenn. — At the beginning of Knoxville's city council meeting on Tuesday, Mayor Indya Kincannon addressed the current climate in our city and country.

Here's a little bit of what she had to say.

"The events of the last week are magnifying the need for difficult discussions and systematic change."

"I fully support and commend the people who came out on Friday night to pray and protest, and again on Monday night.

"From these expressions of anger frustration, sadness and solidarity, one thing is clear, the time for change is now, for the end of racism, and the end of police brutality."

"As mayor, I want to help us move from being against racism to being actively anti-racist."