The report found that from Oct. 2016 to Jan. 2017, the number of individuals receiving naloxone nearly doubled. 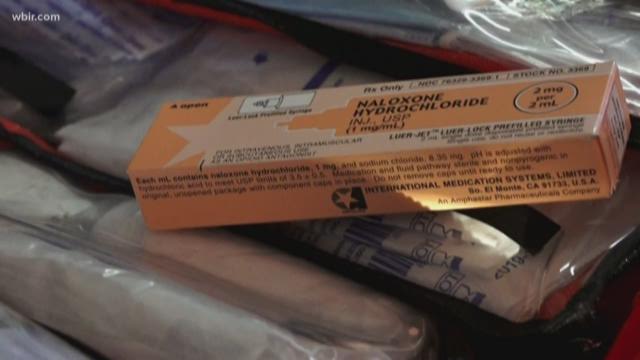 The Metro Drug Coalition announced Thursday that more than 1,200 people received naloxone in Knox County from October 2016 to September 2017.

Naloxone, also known commercially as Narcan, is administered by first responders when a person is suspected of overdosing on opioids.

In response to increased opioid use, the MDC created a group that works to rescue victims and get them to follow-up care. The group, Naloxone Community Collaborative, met for the first time in September 2016.

Several agencies participated in the meetings but the data included in the MDC report came from AMR Rural/Metro EMS and Fire, KFD and KPD first responders who were administering naloxone.

KPD carries and administers a standard 2.0 mg dose of naloxone (nasal spray formulation) to those suspected of overdosing. When someone needs more, first responders adjust.

The report found that from Oct. 2016 to Jan. 2017, the number of individuals receiving naloxone nearly doubled.

The Knox County Nalxone Community Collaborative said its next steps are to direct people to prevention resources and work with the Knox County Regional Forensic Center to determine the outcomes of patients receiving naloxone by first responders.

The group hopes to co-prescribe naloxone when writing narcotics prescriptions.