Medical marijuana in Tennessee? Here's what to expect with new Governor Bill Lee

Lee has said previously he is opposed to medical marijuana legislation and marijuana decriminalization. 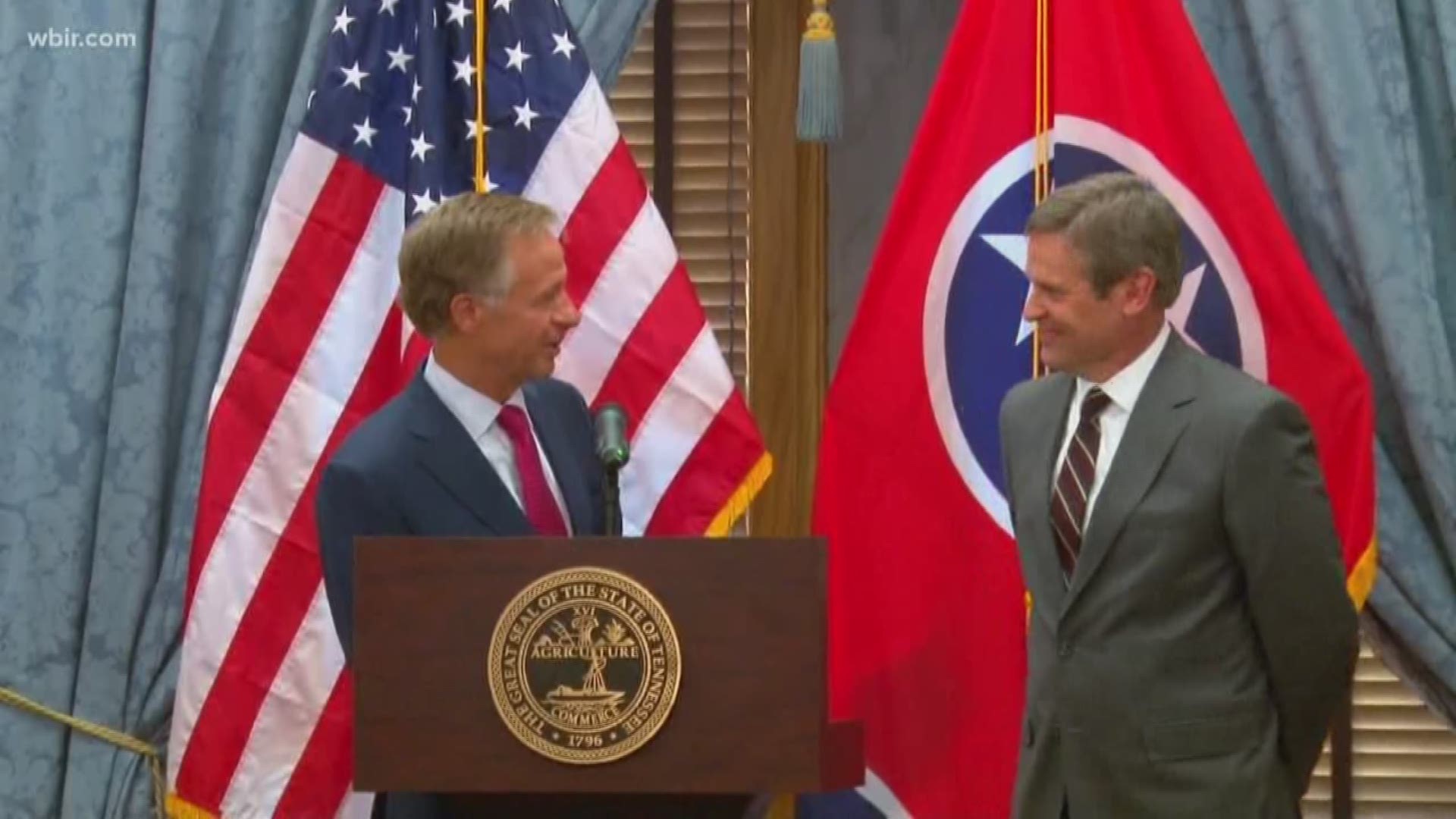 Voters in Michigan, Utah and Missouri legalized marijuana for medical or recreation use on Tuesday, spreading some form of legal pot to 33 states as Americans broadly accept this once forbidden drug.

But Tennessee — based on its choice for a new governor — is not moving with the pack.

Bill Lee, a Republican businessman who handily defeated Democrat Karl Dean in the gubernatorial race, has said previously he is opposed to medical marijuana legislation and marijuana decriminalization.

Lee has also said he remains unconvinced by the medical use of cannabidiol oils, despite taking the helm of a state with a booming hemp farming industry.

"I think we've yet to fully search and fully utilize and fully research and expand on the use of nonaddictive, low-THC CBD oils in this state as a treatment for those conditions," Lee said during a gubernatorial debate in October. "For me, the data is not substantive enough to show that medical marijuana is the right approach right now. I would pursue other options first."

Lee expanded on his comments on cannabidiol, commonly known as CBD, during another debate in September, saying he wanted further evaluation of current laws that allow limited use of the substance. Lee said he wanted more research on how CBD is being used by patients and what impact the law has had on law enforcement.

Despite growing public support for legalization nationwide, Lee’s opposition to marijuana and hesitation on CBD could be another obstacle in the uphill push for medical marijuana in Tennessee. Prior legislative efforts, backed by a few state lawmakers, have struggled to find support in Tennessee’s largely conservative Senate. Two Republican lawmakers, Rep. Bryan Terry and Sen. Steve Dickerson, have vowed to try again in 2019, but even if their bill passes the legislature it would face opposition from the new governor.

Missouri and Utah legalized medical marijuana on Tuesday night and Michigan became the first Midwestern state to legalize recreational pot. Some have seen the votes as evidence that marijuana is supported across party lines and that voters will support ballot initiatives even in conservative areas where legal pot was once considered unthinkable.

“Western and Northeastern states have led the way on legalizing marijuana, but the victory in Michigan powerfully demonstrates the national reach of this movement,” Maria McFarland Sánchez-Moreno, executive director of the Drug Policy Alliance, said in a statement. “With such overwhelming public support for marijuana legalization, even including majorities of Republicans and older Americans, there’s only so long that the federal government can continue to hold out.”

Although marijuana remains illegal in Tennessee, an industry around its closest relative, hemp, is booming. Hemp is the same plant as marijuana but is genetically stripped of tetrahydrocannabinol, or THC, which is the chemical that provides the high the drug is known for.

Farmers can legally grow hemp in Tennessee through a government regulated pilot program, which has expanded steadily since it was introduced five years ago. In October, Nashville hosted the state’s first-ever hemp expo, which attracted thousands of attendees and more than 100 vendors.

“Tennessee is the sleeping giant when it comes to cannabis and industrial hemp,” said Joshua Camp, the CEO of LabCanna, a Franklin-based hemp wholesaler, during the event. “We have all the agricultural prowess of other states, but we also have money and we have health care and we have tech. We have all the components here that make it an opportunity for explosive growth.”