Messages of life cover up swastikas painted on the Rock

For the second time in two weeks, the Rock was used to communicate hate. 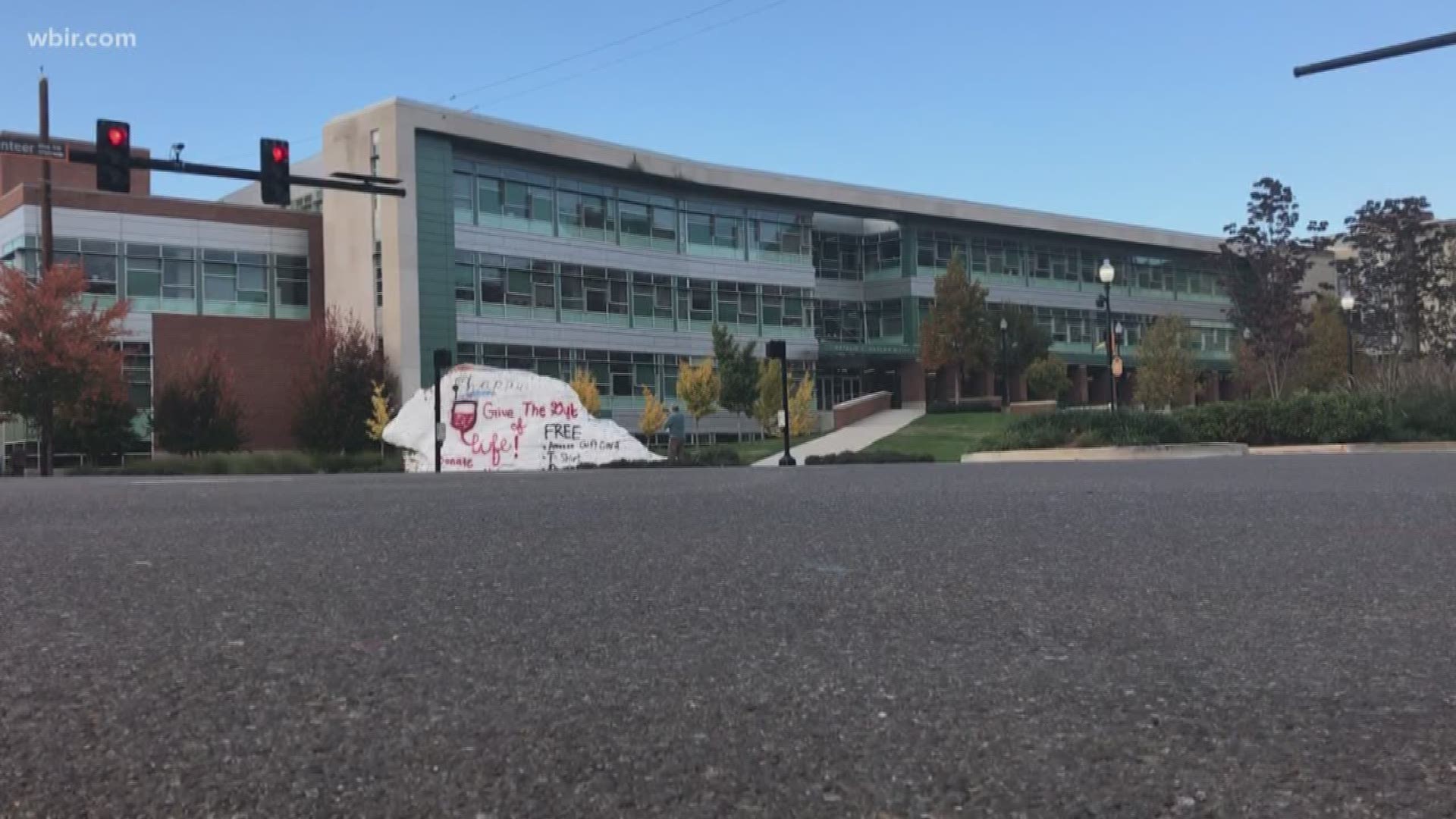 UT Knoxville — Swastikas and other messages of hate were painted on the Rock at the University of Tennessee last night, Nov. 10.

An AmeriCorps VISTA member said she saw five or six people in full face masks spray painting the hateful messages on the Rock and contacted the University of Tennessee Police Department.

DISCLAIMER: The following image may be disturbing to some.

This was the second time in two weeks that the Rock has been used to communicate hate.

Interim Chancellor Wayne T. Davis and members of his leadership team said they are aware of this incident and are actively engaged in discussions about how to support and protect students.

Jaime Marquis, a UT student and the past president of Hillel, spoke in front of university officials on Nov. 8, just two days before the most recent incident.

"While we understand that the rock is a symbol of free speech, we want to remind everyone in

this room that free speech is a two-way street," Marquis said. "The university must condemn the rock’s recent use as a platform to spread hate speech and incite fear among students of a specific religion. Their failure to do so not only contributes to the spread of hate-filled rhetoric, but causes victimized students to feel defensive, angry, and isolated."

In a statement on Nov. 9, Davis expressed his disappointment and concern over the first incident.

"I want to make it clear that the university does not condone these actions or other acts of intimidation or intolerence," Davis said. "No one should feel unsafe because of their religious beliefs."

In a statement released on Nov. 11 about the most recent incident, UT officials said the messages are hurtful and threatening to many members of their community and do not represent Volunteer values.

Ovi Kabir, UT's student body president, later tweeted out a photo of the efforts to paint over the hateful messages.

Signs of hate & bigotry have no place on our Rock or our campus.

Attempts to divide our community have & will always fall short because as Vols, we stand undivided against injustice. pic.twitter.com/fKK3NT2s05

The university also said the safety and security of students, faculty and staff is the university’s number one priority.

UTPD has increased surveillance campus-wide, as a response to these incidents.

Now, the Rock displays a message of life, calling students to donate blood.