Knoxville businesswoman Susan Richardson Williams has overcome many challenges during her successful career. One of them was sexual harassment. 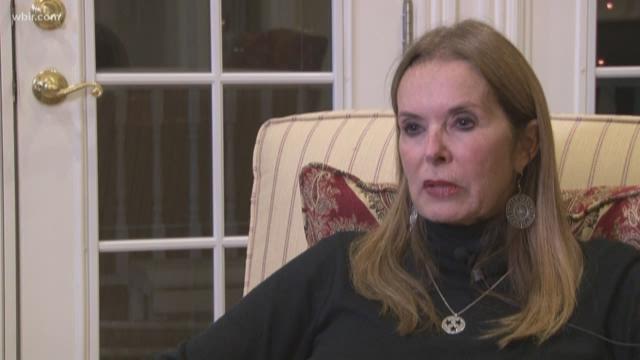 After years of staying quiet, the silence breakers have shattered the way we look at sexual assault.

Time Magazine's choice for Person Of The Year continues to encourage anyone affected by sexual assault to share their story.

Susan Richardson Williams is proud of Time's choice, because she faced sexual harassment as she progressed in her career that has included prominent roles in politics and business.

"He was not my boss, but it didn't matter, every time I came into contact with him, he always had something sexual to say," Richardson Williams said. "I got to the point where if I'd see him in a room, I'd go to the other side ... and there was really nobody to tell because he was the big guy."

She's been in the cabinet of two governors and on the staff of a third, and has served on the University of Tennessee's Board of Trustees for 12 years, among many other achievements.

"I always worked hard and felt like I could do anything," Richardson Williams said.

She's glad Time has used its platform to recognize the Me Too movement.

Time's Person of the Year issue recognzing the Silence Breakers.

Dr. Tricia Bruce is a sociologist at Maryville College. She said the public nature of the Me Too movement has encouraged more people to tell their stories.

She said that accountability has pushed change across the nation.

Richardson Williams said she hopes to see that change in the workplace.

"I would caution people to speak up, to be trained in the workplace," she said.

Richardson Williams said she believes men have changed as well - they're more sensitive to abuse issues than they were when she started her career.