We know that bears are pretty dexterous, but even we were surprised at how easily this bear got not one, but two closed van doors open at once! 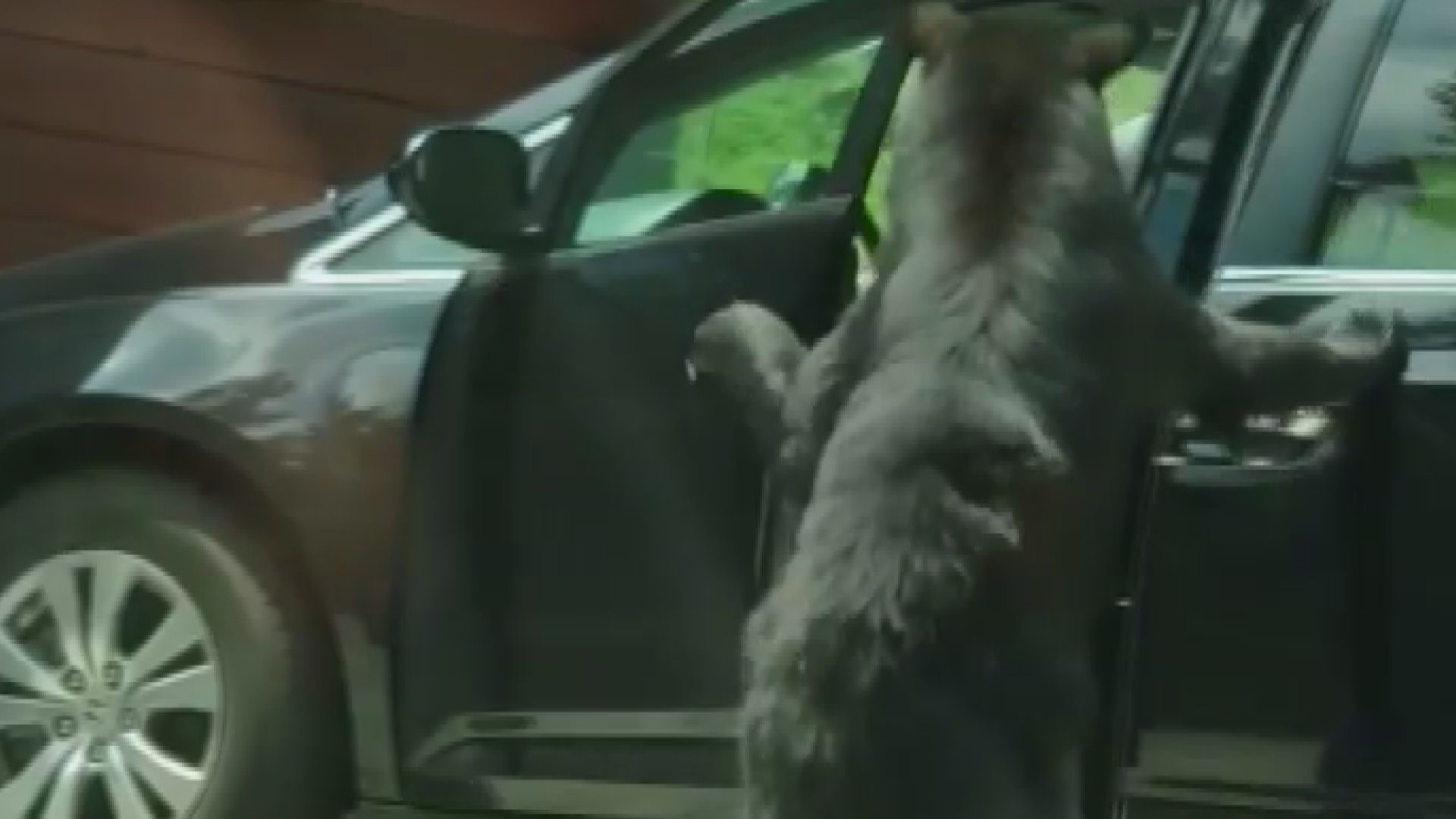 GATLINBURG, Tenn. — I guess it's a good thing the keys weren't inside...

A closed door was no problem for this black bear in Gatlinburg!

Diana Sosa captured this video of a bear casually moseying up to a mini-van parked in a driveway in the Ski Mountain Road area. The van belonged to a Virginia family who was visiting Gatlinburg. The bear had two cubs with her, but they didn't join her on her quest.

RELATED: Summer means momma bears are forcing yearling cubs out on their own

Hmmmmm... wonder if there's any snacks inside???

The bear rises up on her back legs and reaches for the handles of both the driver's side door and the sliding side door.

The side door starts sliding open first, then closes again. But this bear is no quitter. She keeps tugging until not only the side door slides open, but also the driver's door!

The bear climbs into the driver's seat and then begins exploring inside, probably hoovering up any leftover crumbs. Since you can see a car seat in the van, you know there are small bites of snacks scattered around.

Once the bear completes her circuit inside the van, she exits out the side door and continues on her way. Luckily, it doesn't appear she was too destructive! Not everyone is so lucky:

RELATED: Bear breaks in, destroys Gatlinburg visitor's car after getting stuck inside

The van's owner reached out to 10News after she saw the video. Laura said she is a Knoxville native and had never seen a bear outside the Cades Cove loop before, but that changed on this day!

She and her family missed the bear when it was inside the van, but saw her and the cubs on the road as they were returning from a hike. She said there was a dusty paw print or two by the handles on the front seat, which she blamed on her four-year-old until the woman who took the video stopped by to tell them what had happened!

For the record, it appears that Sosa took the video from inside another car parked at a safe distance. You should never approach bears in the wild!