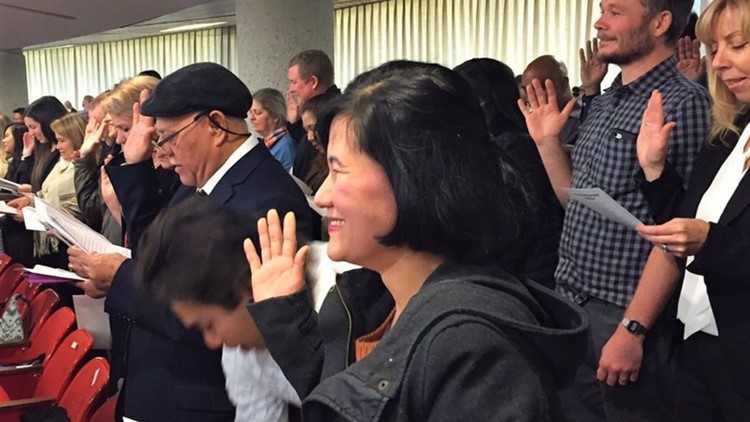 Photo by: City of Knoxville

More than 140 celebrate in Knoxville after becoming American citizens

KNOXVILLE, Tenn. — More than 140 men and women with origins from across the world became American citizens Wednesday in Knoxville.

Judge Suzanne Bauknight presided over the naturalization ceremony in downtown Knoxville at the City County Building.

142 men and women from 57 counties celebrated their new status as Americans with lots of handshakes and hugging.

“Today marks the end of one journey and the beginning of another," Bauknight said.

RELATED: Could you pass a U.S. citizenship test? Study suggests most Tennesseans and Americans couldn't

“I’ve been privileged this year to speak at five Naturalization ceremonies in our city, and each one is always special and memorable for me,” Mayor Rogero said.

Mayor Jacobs posted to Facebook with the message: "Welcome, my new fellow Americans!"