Beginning three weeks early, a burn permit will be required on Monday, September 23 to start an open air fire within 500 feet of any forest, grassland or woodland. 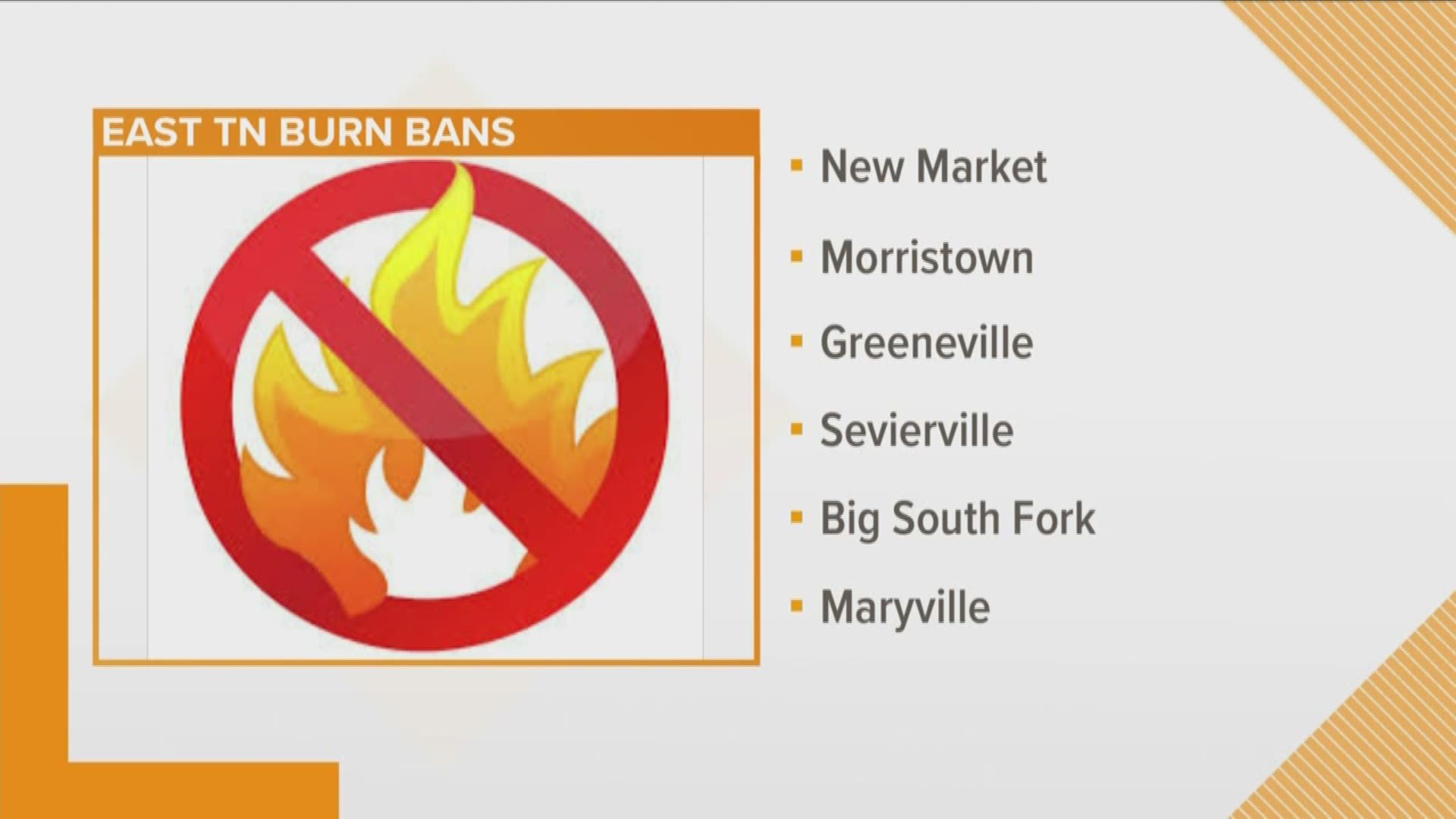 It may still feel like summer, but one summer activity is out the window in four East Tennessee cities: campfires.

Officials in Cumberland County, Crossville, Morristown, Greeneville, New Market and Sevierville have all issued temporary bans on open burning. This ban follows a spell of dry, hot weather, which left the areas vulnerable to fires.

Cumberland County and Crossville will not issue burn permits until more rain comes.

A burn ban was issued last week for Big South Fork National River and Recreation Area, a news release from the park announced.

Sevierville issued their temporary burn ban earlier this week, and Morristown and Greeneville followed suit on Wednesday. New Market announced its burn ban on Thursday. Officials said the bans will be lifted after rainfall improves conditions.

Every city and county has its own burning regulations. In Knox County, free burn permits are available all year.

A permit will be required for outdoor burning starting Monday, Sept. 23.

Typically, burn permits are required statewide Oct. 15 to May 15. Many cities and municipalities require permits year-round.

"Although Tennessee has not seen an increase in wildland fires, safety is our top priority. The early launch is a precautionary measure to help protect our state and citizens from any wildfire threat. The Division of Forestry will continue to monitor the weather situation and will not issue permits on days when burning carries a greater risk," the Tennessee Department of Agriculture said.

For more information, tips to conduct a safe debris burn, and to apply for a FREE burn permit online, check out BurnSafeTN.org.

In a statement, State Forester David Arnold said even if you don't need a burn permit in your county, you should follow safety guidelines.

"If you've got woods growing up against your house, brush trees, that sort of thing, it's hard for us to remedy that," he said. "You want to be able to have us defend your house fires."

Capt. DJ Corcoran from the Knoxville Fire Department also encouraged people to be aware of their surroundings.

"The mulch outside, your flower beds, underneath bushes and things like that, just be aware that those can catch fire easily," Corcoran said. "People need to be careful around buildings, mulch, dry grass."

City of Maryville Police and Fire Chief Tony Crisp announced the city will be under a burn ban for the time being.

“Fire season officially starts October 15, but due to the lack of rain over the past several weeks, the potential exists for fires to ignite and spread quickly," Fire Chief Tony Crisp added, “Out of an abundance of caution, and following the lead of some other communities, we have issued the temporary burn ban until conditions improve.”

Any open burning requires a permit from the City of Maryville Fire Department. No burn permits will be issued during this ban period.

Officials also advised people to watch out for weather conditions when burning outdoor debris. If you have to burn some brush from your latest landscaping venture, do it during the day when the relative humidity is greater than 40% and when winds are less than 10 miles per hour.

The latest weather information can be found on WBIR's website here. 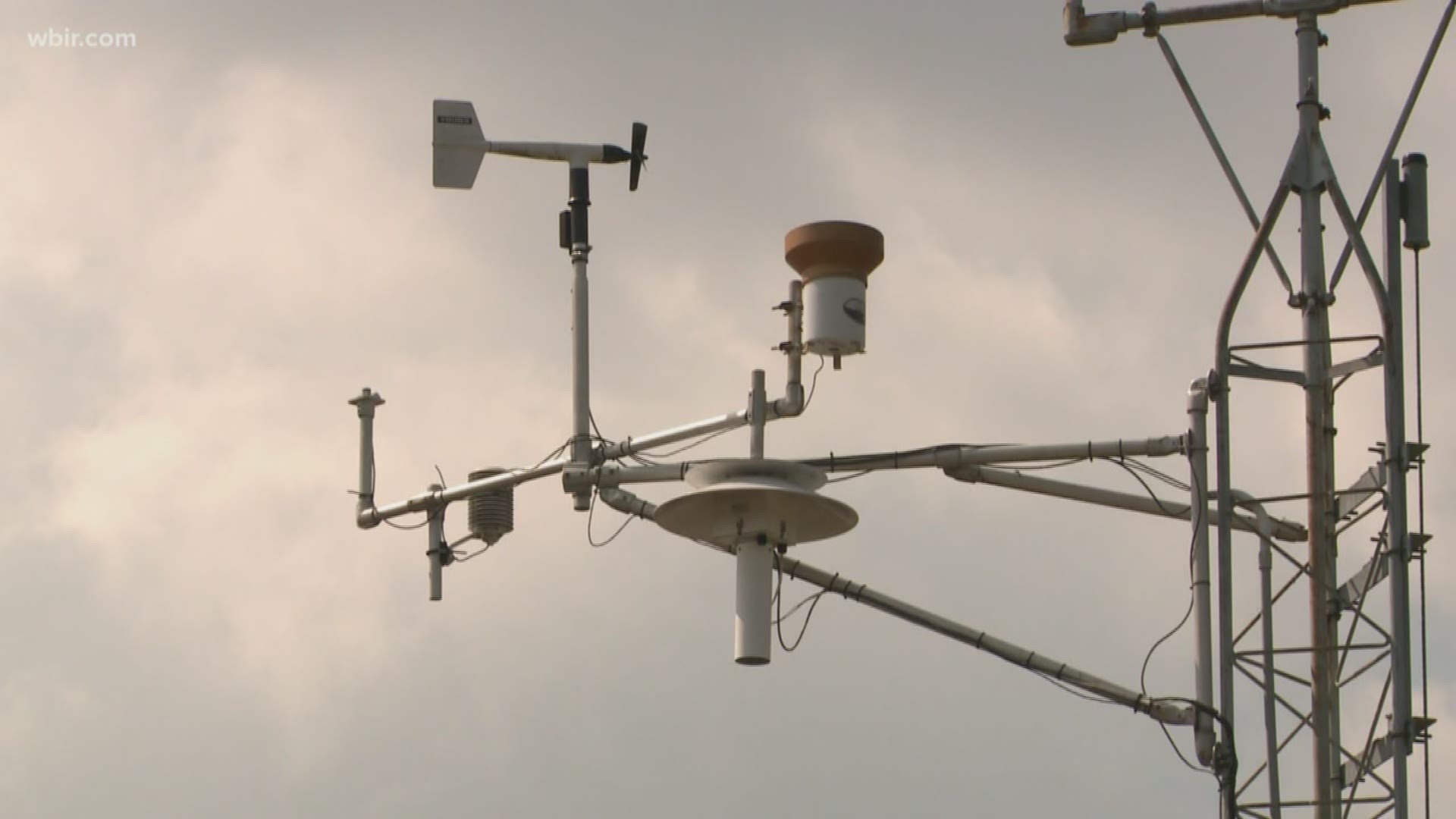 According to the National Weather Service, the current conditions are different from the ones East Tennessee experienced in 2016 before the Sevier County wildfires. In 2016, dry conditions started in March. This year, they didn't start until August.