Mother hears son's heartbeat again, in someone else 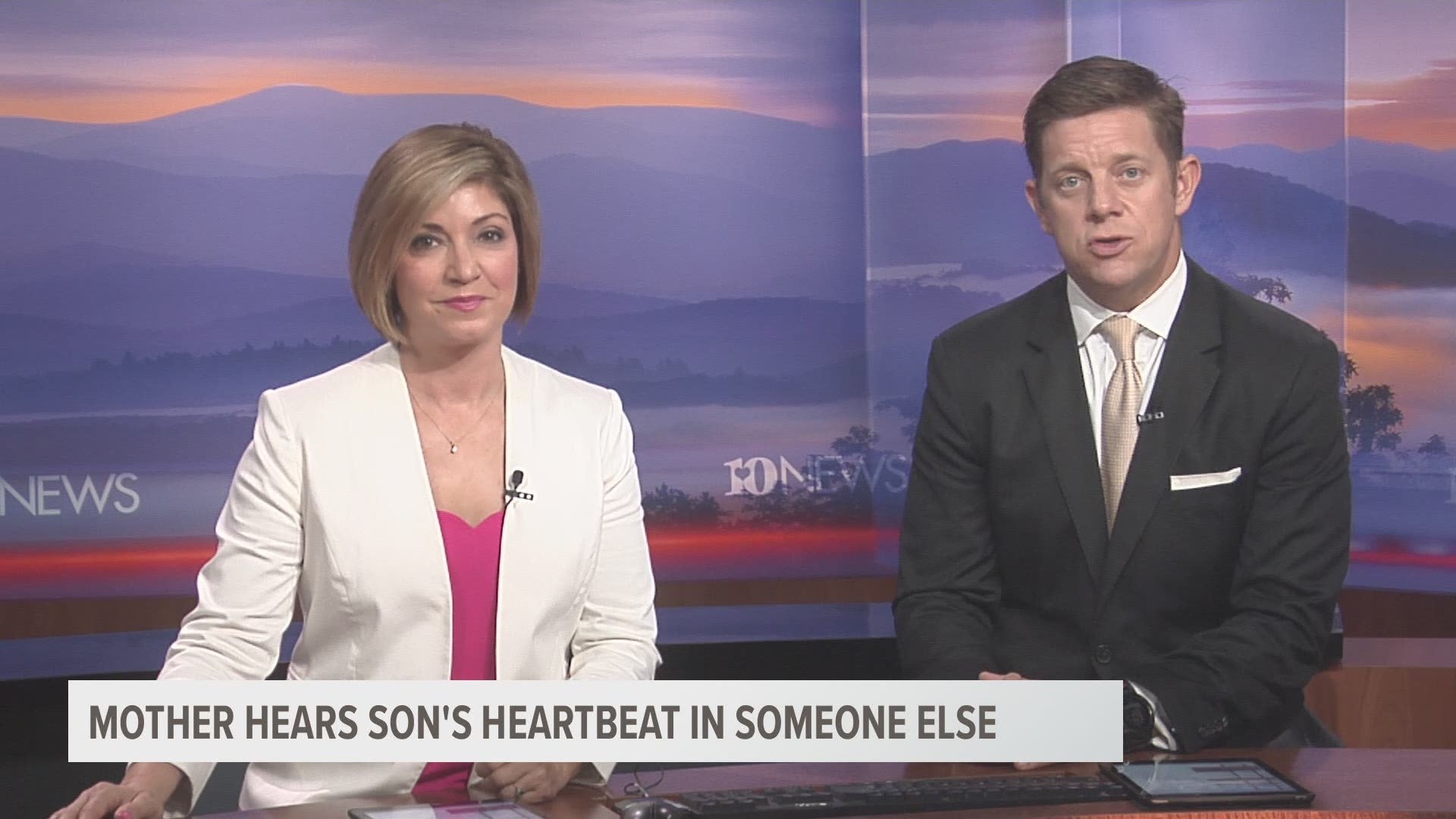 He's standing in a conference room at UT Medical Center in Knoxville.

Months of conversation and preparation have gone into this introduction.

"It's more nervous and more exciting than the surgery itself," Reed said.

So when Terri Tyson walked in Friday, it was a heartfelt moment.

"I'm so happy, that you got his heart," Tyson said.

Reed's heart wasn't always his own.

"I thought it would be appropriate today to wear my hero shirt, since it was his sacrifice that saved my life," Reed said, pointing to his shirt, featuring popular super heroes.

Terri's son Chris died in a motorcycle crash in November of 2016, but he lives on in Don.

Don's heart had swollen to three times its normal size by the time he was 24.

"God put it in place to have everything there so that Chris's heart could go to Don," Tyson said. "To me, God picked Don."

It was a divine selection -- starting with a man who had a need for speed.

"Fast cars...motorcycles," Tyson said. "He's the type of man who does anything he wants to do when he wants to do it. He does not know the word no. He lived life to the fullest. He did it all."

Even after death, Chris Tyson had a gift.

Terri held a stethoscope to Reed's heart and heard her son, loudly and clearly.

"I got to hear my son's heartbeat again," Tyson said. "That was precious. Because it made me think about when that heartbeat was in me."

A heartbeat and a life forever connected to Reed -- just like the entire Tyson family.

"I guess I'm excited about having new family," Reed said. "That's the only way I could put it."

Both Don and Terri say they plan to keep in touch.

They hope Chris's story will encourage others to be organ donors.