Mother of Powell man who died while in deputies' custody sues, alleging they hogtied and kneed him

Johnathan Binkley, 35, died within an hour of being hogtied, according to the lawsuit. 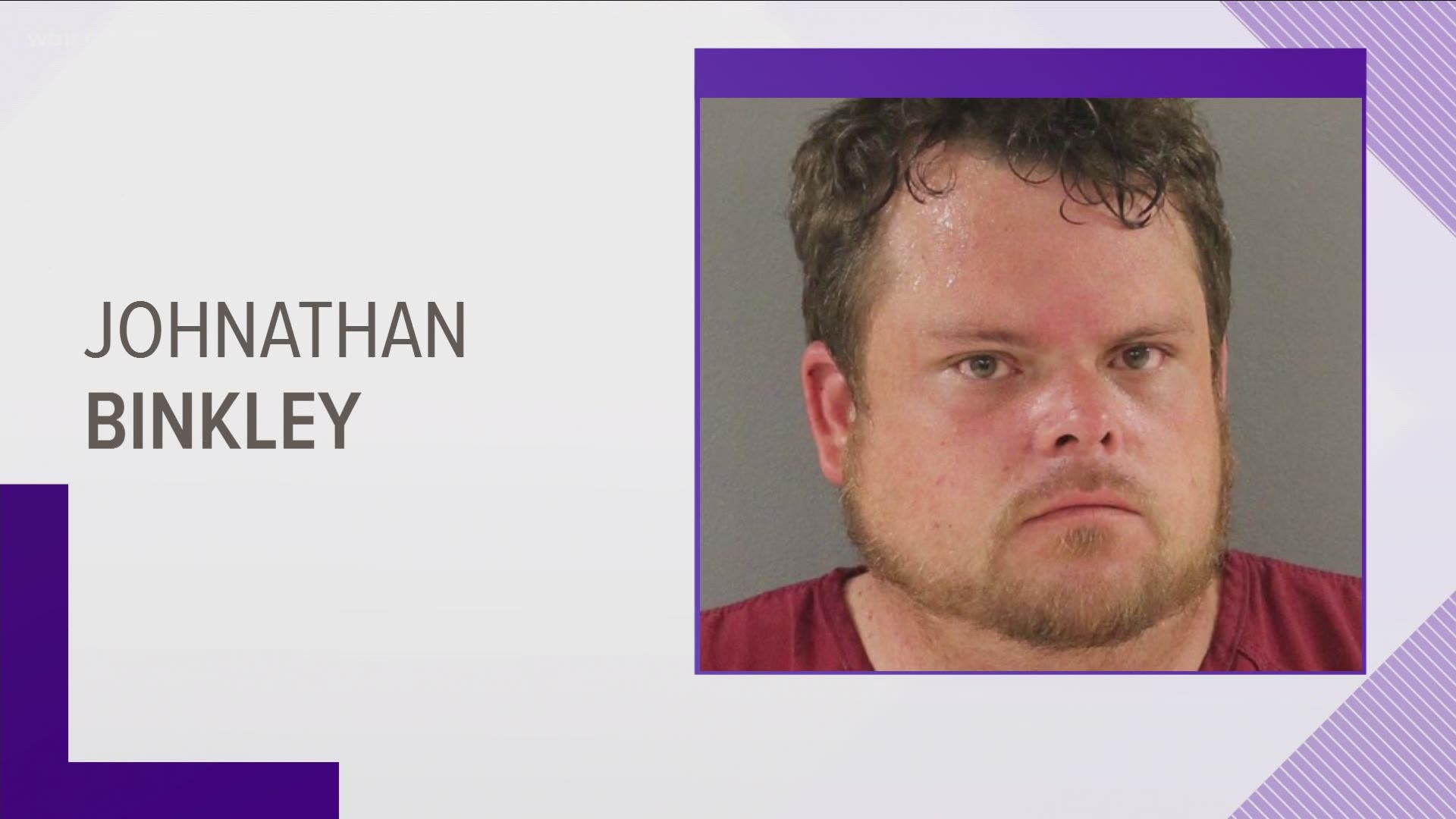 KNOXVILLE, Tennessee — The mother of a Powell man who died while in police custody in July 2019 alleges Knox County deputies hogtied him, kicked him, pressed down on him and failed to help him as he struggled to breathe.

Ann Ledford alleges in the federal excessive force lawsuit that bodycam video from numerous Knox County Sheriff's Office deputies shows how they handled Johnathan R. Binkley on July 27, 2019, after he tried and failed to get away in a pursuit.

Binkley, 35, died within an hour of being hogtied, according to the lawsuit filed by attorneys Wayne Ritchie, James Stovall and Samantha Ellis.

Ledford is seeking compensatory and punitive damages at a jury trial.

Defendants include the county, the Sheriff's Office, Sheriff Tom Spangler and 13 named deputies. Some were rookies undergoing training at the time, the lawsuit states.

Binkley, driving with a female passenger, led deputies on a chase through Halls the night of July 27, 2019, that ended in a vacant lot in the 5300 block of Brownlow Road when his vehicle became stuck on a stump.

The lawsuit alleges deputies "squeezed" the stocky Binkley through the window of his vehicle and brought him to the ground. They put the bleeding man face-down in gravel and dirt and handcuffed him behind his back.

At various times, deputies kneed him, dragged him on the ground and tried to get him to stand up. Binkley groaned in pain, according to the lawsuit.

He struggled to breathe.

"One of the deputies then noticed Mr. Binkley’s difficulty breathing and said: 'He’s got a big belly; roll him on his side so he can breathe,' ” the lawsuit alleges.

Deputies then hogtied the man with restraints, Ledford alleges. A deputy "dropped his knee down" on Binkley, making it harder for him to breathe, the lawsuit states. 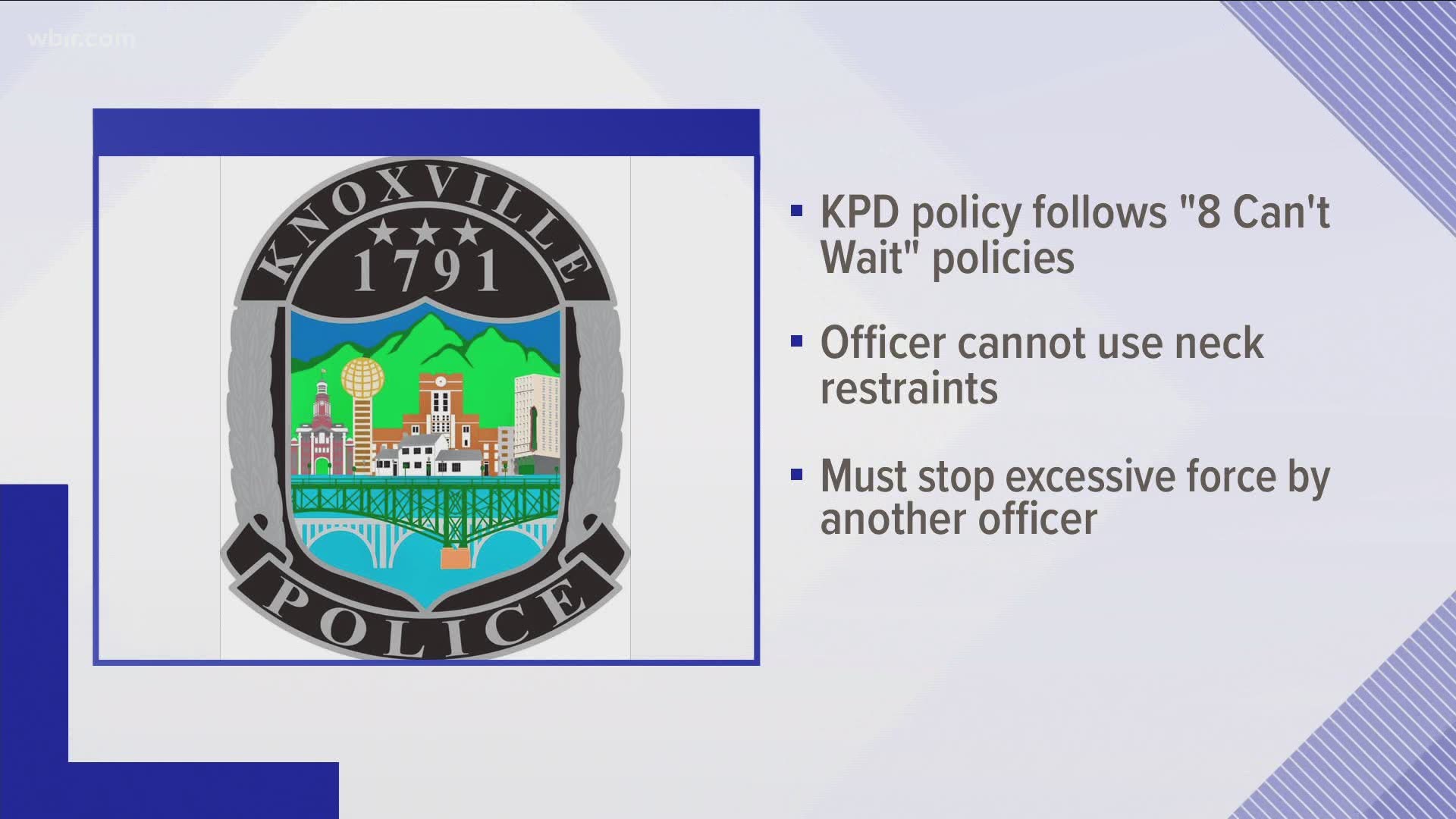 After more than four minutes of being hogtied, Binkley didn't move. Deputies tried to revive him with Narcan, a drug that can thrust people into consciousness if they're out because of a drug overdose.

Officers couldn't find a pulse. They took off the leg restraints. Binkley turned blue and purple.

Deputies tried another dose of Narcan and chest compressions but Binkley couldn't be revived, the lawsuit states. He died at the scene about 11:05 p.m., according to the lawsuit.

Aside from the fact that deputies abused Binkley before his death, Ledford alleges the department failed to thoroughly conduct an internal review of what happened.

"Despite these obvious and glaring constitutional violations and violation of nationally-accepted police standards, based on information and belief, Knox County and KCSO failed to discipline, reprimand, suspend, or terminate the KCSO Individual Defendants and found that all of their actions complied with the Knox County’s and the KCSO’s policies, practices and customs."

After Binkley died, the Knoxville Police Department took over the investigation; KPD and KCSO routinely used to investigate the other agency when someone died in a confrontation.

KPD put out a release a few days after the incident.

"KCSO officers observed (Binkley) having difficulty breathing and then appear to go unconscious," the statement read. "Officers administered Narcan and performed CPR on the suspect until AMR arrived to take over treatment. Shortly thereafter, the suspect was pronounced deceased on the scene."

KCSO put out a statement the night of the incident on Facebook: "Knox County Sheriff’s Office has one male and one female into custody after an attempted traffic stop where the vehicle fled, leading officers on a pursuit that ended on Brownlow Road off Salem Church Road in Halls."