Mothers of Mission Survivors teamed up with Moms Demand Action to offer a sense of community to parents grieving their children this holiday season. 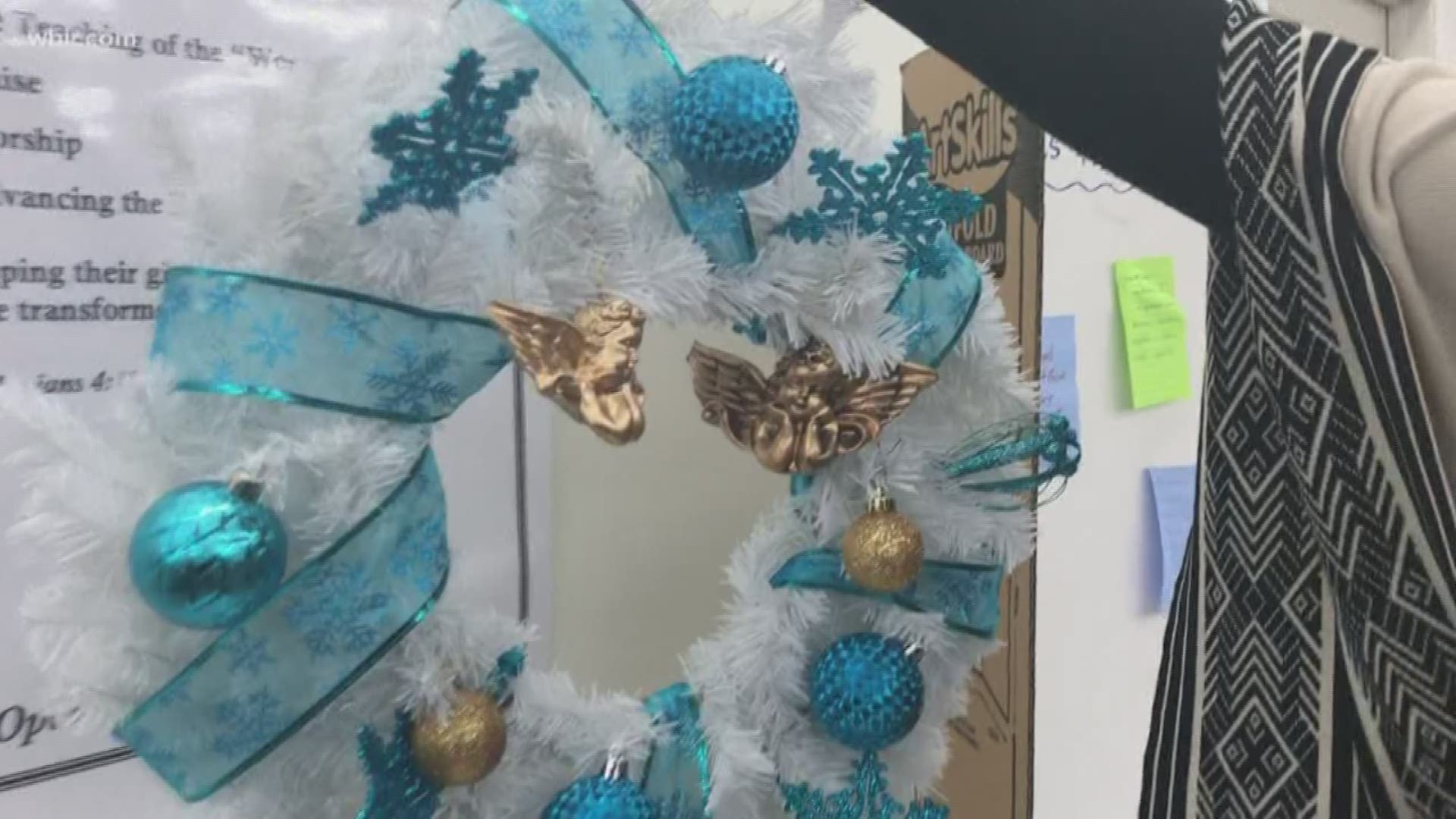 KNOXVILLE, Tenn. — Terry Walker-Smith said Mothers of Mission Survivors is united together for a reason.

"In honor of our children to encourage each other," Smith said.

They all have one thing in common, they know what it feels like to lose a child to gun violence.

"Only a mother knows how a mother feels about her child," she said.

It is a pain the group said requires a village to endure.

"To lift each other up a motherhood bond, especially during the holidays," Smith said.

For many, the holiday can be especially hard on parents so Mothers of Mission Survivors teamed up with Moms Demand Action for a wreath social.

"You know to represent our children," Zenobia Dobson said.

They laid out ornaments, ribbon and glue but not without offering a little advice to parents like them. Sherry Williams lost two children and with her wreath, she wanted to convey one thing

Each mother made her own wreath her own special memory of the child she made and the memory they will never forget.