THP: 3 children and 3 adults hospitalized after serious 3-vehicle crash shut down I-75 in Loudon County 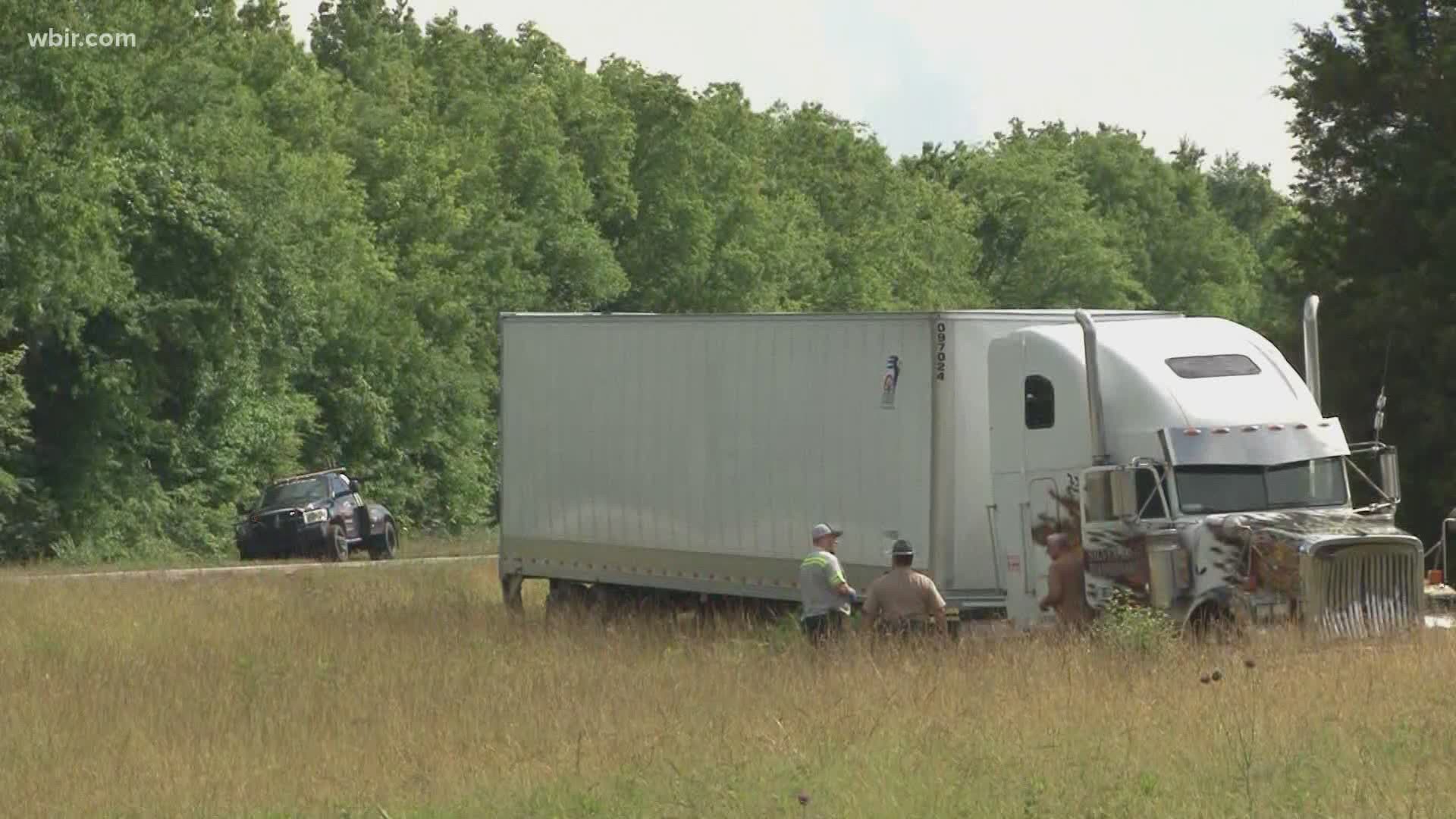 LOUDON COUNTY, Tenn. — UPDATE 2 p.m. Wednesday: The Tennessee Highway Patrol has identified the six people who were hospitalized after a three-vehicle crash involving a semi-truck that shut down Interstate 75 in Loudon County Tuesday afternoon.

According to THP, a tractor-trailer, SUV and minivan crashed on Northbound I-75 at mile marker 72 north of the Pond Creek Road exit and south of the Loudon Highway exit around 12:30 p.m. Tuesday.

THP said the driver of the SUV, 35-year-old Ashley Rolen, and three children ages 16, 12 and 3 from Philadelphia, Tennessee were all injured.

John Sizemore, 75, from Alabama was driving the semi-truck with a woman, 41-year-old Bridget King, riding as passenger, according to the crash report from THP. Neither were injured in the crash, and no charges have been filed.

THP said it cannot provide details about the status of the victims' injuries at this moment.

According to troopers, the crash happened after traffic had slowed down in both lanes of I-75 Northbound. THP said the semi-truck rear-ended the SUV in the righthand lane, and the SUV then crashed into the minivan.

The minivan then went off the road to the right before coming to a stop in a median, and the SUV went into an uncontrolled spin before it stopped in the middle of both lanes. The semi-truck went off the road into the median.

Work to clear the crash scene took hours before all lanes were reopened around 6:45 p.m.

Crews opened up a shoulder to move stuck traffic earlier in the afternoon.

Update: All lanes are back open.

Loudon County authorities say multiple people were entrapped as a result of a multi-vehicle crash Tuesday afternoon on Interstate 75, according to the Loudon County Sheriff's Office.

Northbound I-75 was shut down around mile marker 72, according to TDOT.

The Loudon County Sheriff's Office later said both directions of the interstate were closed at 2:16 p.m. for the crash investigation.

Authorities were routing traffic northbound off Highway 323 to Highway 11.

Cars and tractor-trailers were backed up for miles.

A tractor-trailer is among the vehicles that has wrecked.

The crash scene is north of the Pond Creek Road exit and south of the Loudon Highway exit.

UT Lifestar helicopters will be landing on the interstate to take away the injured.

Drivers should expect lengthy delays while authorities are at the scene.