The NAACP joins several others, like Knoxville Mayor Indya Kincannon, who want District Attorney General Charme Allen to release the video of the incident. 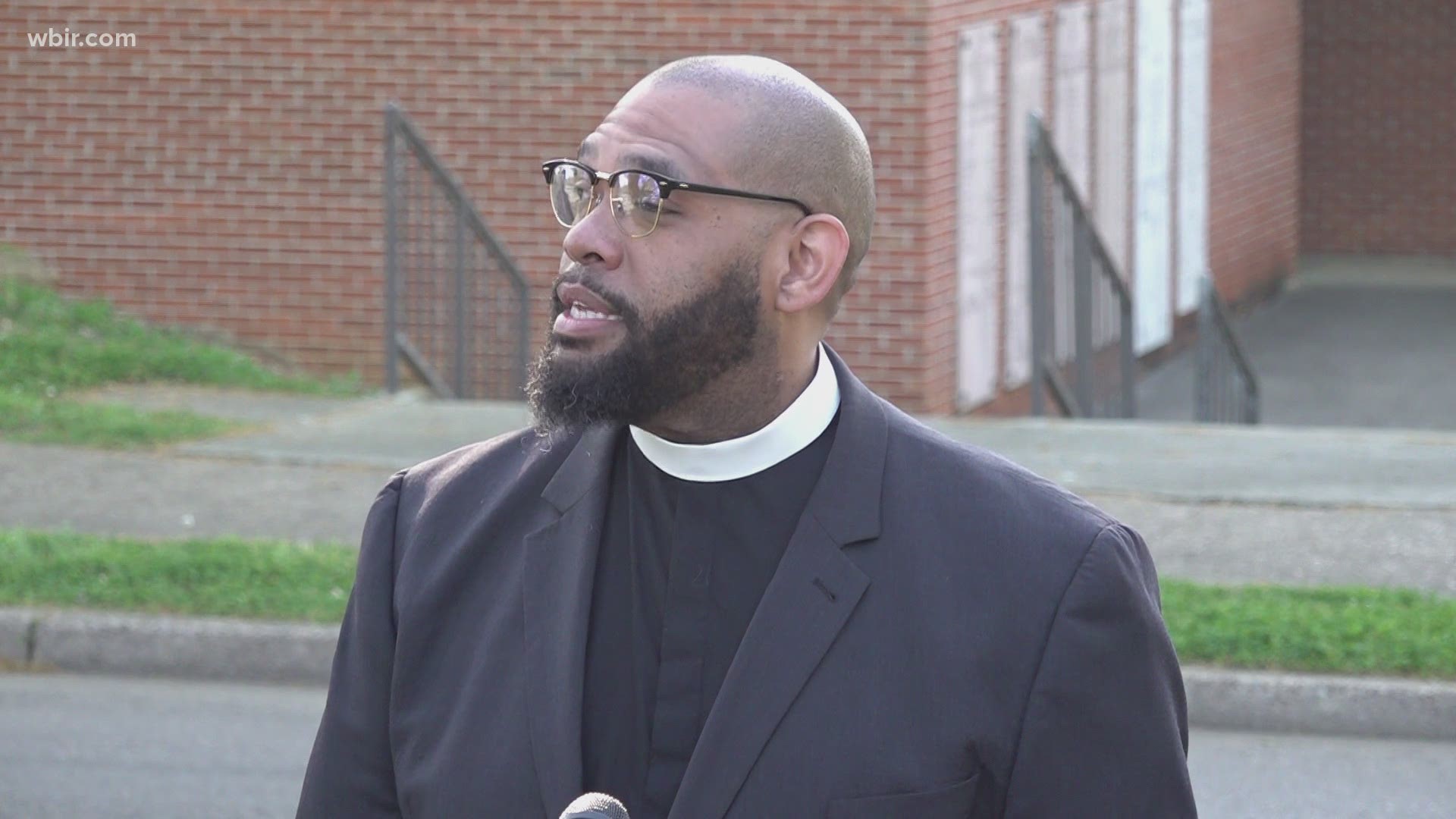 KNOXVILLE, Tenn. — The National Association for the Advancement of Colored People (NAACP) is calling for the release of body camera video of the deadly officer-involved shooting at Austin-East Magnet High School on April 12.

“Our community is saddened by the violence that had plagued our streets in recent months,” Rev. Brown said. “The public has questions and deserves the truth.”

"Our community is saddened by the violence that has played our streets in recent months," said Reverend Sam Brown, president of NAACP in Knoxville. "Moreover, we are heartbroken at the death of Anthony Thompson Jr."

The TBI said Thompson died in the officer-involved shooting on April 12, making him the fifth current or former Austin-East student to die in gun violence so far this year.

Officials said Thompson had a handgun when officers located him in a school restroom around 3:15 p.m. Monday, April 12. Investigators said a struggle broke out and Thompson's gun fired first.

We do not know how Thompson's gun was fire—whether the teenager pulled the trigger or if it was an accidental discharge during the struggle.

The TBI said preliminary evidence indicates the bullet from Thompson's gun did not hit KPD school resource officer Adam Willson, who suffered a gunshot wound to the leg.

Now, the NAACP is calling for the release of body camera video of the officer-involved shooting at Austin-East Magnet High School.

"The public has questions and deserves the truth," Reverend Brown added. "This community took proactive measures by advocating for the investment in body cameras for the Knoxville Police Department and the city elected a mayor who promised to deliver on that, and she delivered on that."

RELATED: Kincannon: 'Every day the video is not released undermines public trust'

Three of the four Knoxville Police Department officers involved in the confrontation and shooting and KPD Chief Eve Thomas are also making the same request.

District Attorney General Charme Allen promises the public will see the police body camera footage of a shooting that killed a student in a Knoxville high school, but only after the criminal investigation is complete.

Allen said she has asked the Tennessee Bureau of Investigation (TBI) to make this case its top priority.

Reverend Brown said that this request is the first in a series of statements and actions coming from the Knoxville branch of NAACP.

"We have to move forward to a place of healing and love," said Reverend Brown. "And that only begins with the revelation of the truth."