Drake said the debris site's expanse is something few truly comprehend--and why the progress in less than one month is extraordinary. 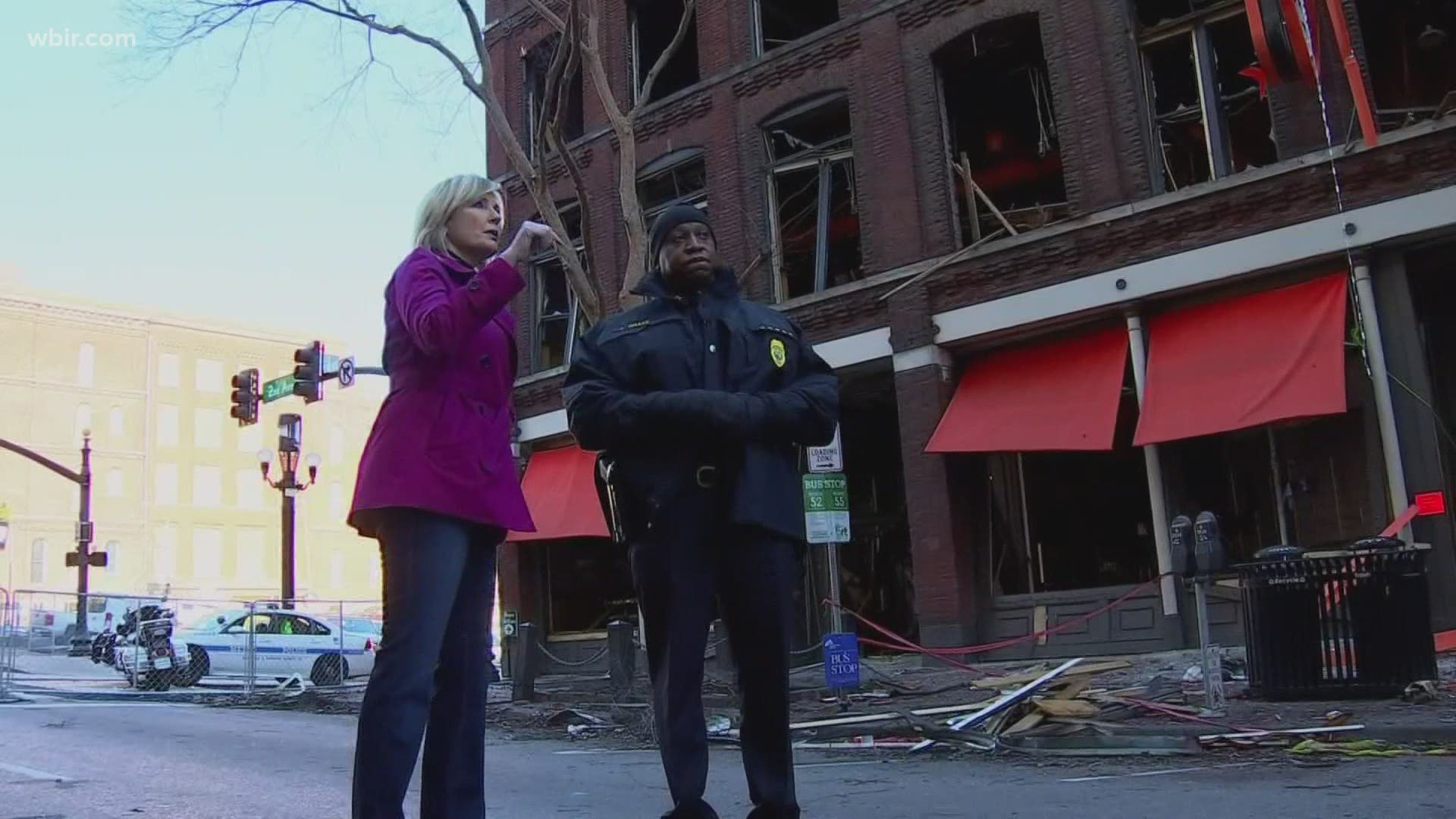 Metro Police Chief John Drake had traded his police uniform for plaid PJs to celebrate a peaceful holiday with his family and 2-year-old grandson.

Early the next morning, the former homecoming king, football and wrestling captain at Nashville's East High, received the alarming news: someone tried to blow up his beloved hometown.

"About 6:30 am, I received a call that there was an explosion," Drake described. "Initially, what I was told it was a propane tank, maybe an RV. And so I thought that it was a very unfortunate incident. Somebody was trying to keep warm."

"But then I received a second phone call several minutes later, where they said no, this was an intentional act. This was a bomb. And there was a lot of damage. "

"I remember at that time hopping up, taking a five-minute shower, and coming downtown," Drake added.

On the drive-in, Drake called his partners, the Tennessee Highway Patrol, the ATF, and the FBI, to ensure there weren't any secondary devices or suspects running around and to prepare the next steps.

"And I could not believe my eyes what I saw," said 56-year-old Drake, who was officially named chief less than one month earlier and grew up on North 9th Street, across the river from the blast's epicenter.

He took News4 Anchor Tracy Kornet inside the blast site, which is still blocked off by fencing and police patrols.

Multiple buildings remain unstable and at risk of falling.

"When I was down here viewing the damage, someone said 'run' because it sounds like one of the buildings was going to collapse, and we all took off running," Drake described. "I was on the north side of Broadway here. I parked on Broadway and walked up. And as I came in, there were vehicles that were impacted. There were glass and debris all the way up to Second Avenue, past the walking bridge. All the way to the courthouse, there were vehicle parts. We later discovered that there were vehicle parts from the explosion in Nissan stadium as well."

Drake says the debris site's expanse is something few truly comprehend--and why the progress in less than one month is extraordinary.

On the ground floor of one of the buildings, blown-off brick reveals a bar with alcohol bottles lining the shelves, glass still intact.

On March 16th, Drake will mark 33 years with Metro Police.