When the news first broke that the Cherokee were considering making the purchase, it led to speculation that they were planning for a future casino. 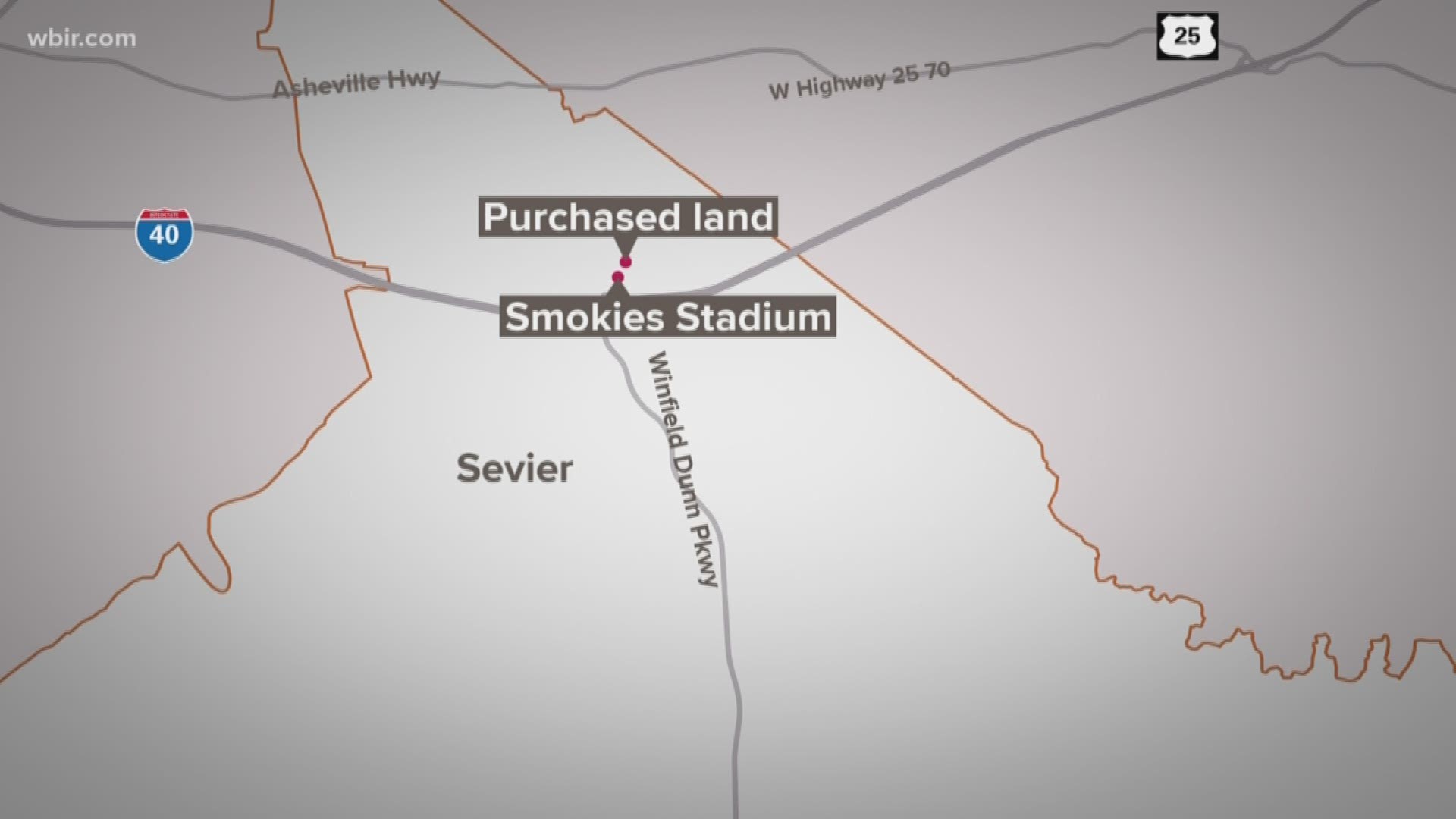 The Eastern Band of the Cherokees now officially owns 122 acres near Smokies Stadium.

Sevier County property records confirm the tribe acquired two large tracts north of the stadium this week for about $7.6 million. The property is just off I-40 at exit 407.

The Cherokees, based in Cherokee, North Carolina, so far have said only that they bought the land for quote future economic development.

RELATED: Casinos in Tennessee? Lawmaker proposes change to constitution to allow them

RELATED: Cherokee casino in Sevierville? Not without a change to state law

When the news first broke that the Cherokee were considering making the purchase, it led to speculation that they were planning for a future casino, if state law were changed to allow it.

At the time, city officials said the Cherokee would only say they thought it was  a good spot for future commerce, whatever that may be.

“This property, if purchased, will be utilized for future economic development for the EBCI. The location of the property lends itself to many possibilities for economic diversification for the Eastern Band, and I am excited about this opportunity,” said Principal Chief Richard Sneed in a statement in February.

Casino gambling is not legal in Tennessee. The Cherokee do operate a casino on tribal land in North Carolina.

The City of Sevierville said Wednesday they were aware of the purchase, but it has not been approached by tribal leaders concerning any plans for development of this property since the sale.