Kyle's family said they are desperate for answers. 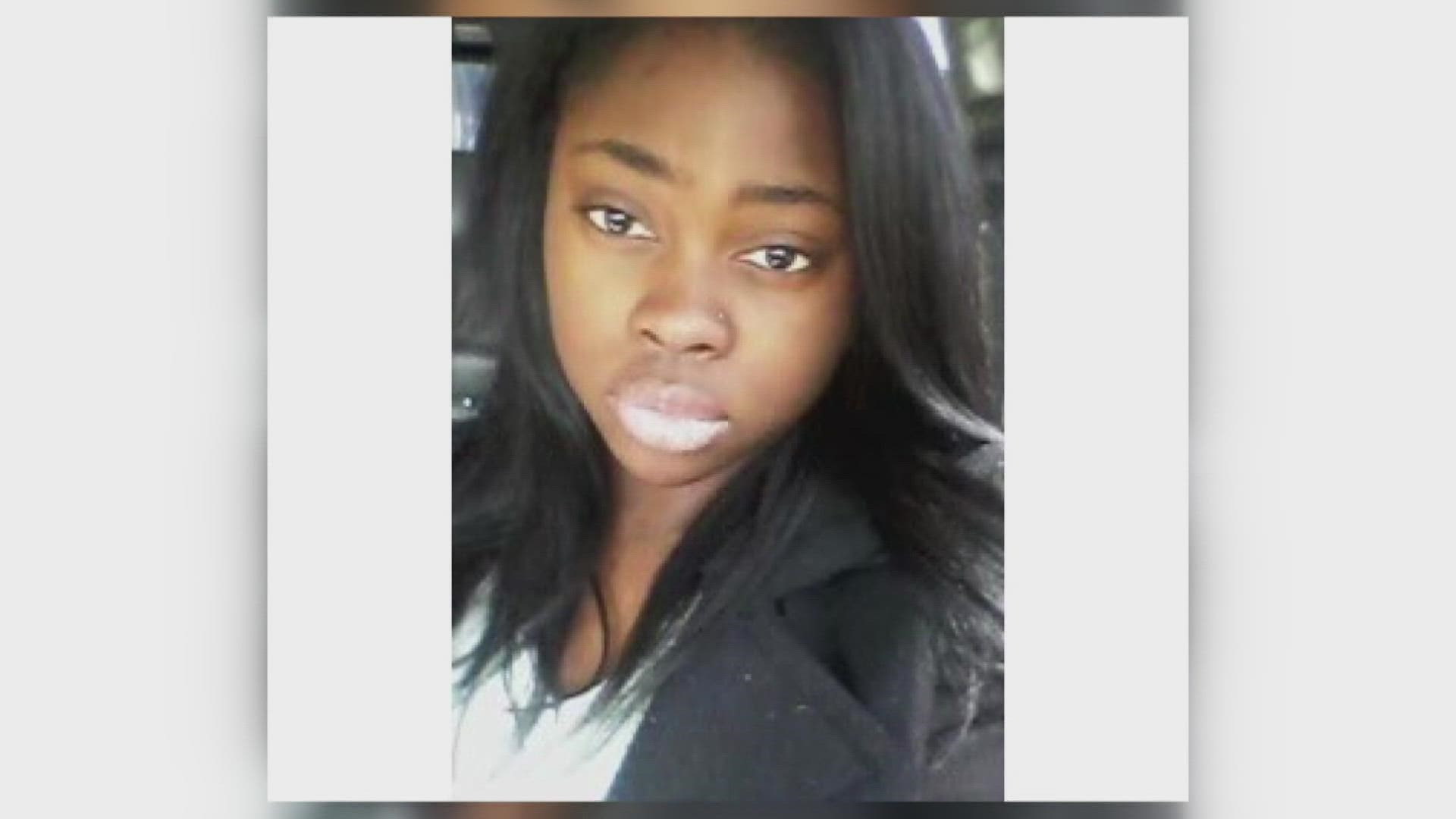 KNOXVILLE, Tennessee — UPDATE SEPT. 23: It has been more than three months since Desheena Kyle was last seen, and the Knoxville Police Department said that her disappearance is now being treated as a possible homicide.

Police said they made the decision based on the lack of sightings, a prolonged period without contact with family or friends, as well as cumulative evidence.

They are considering John Bassett, 28, a man she was in a relationship with, as a person of interest. He was arrested July 7 for a probation violation warrant and is still in custody as of Sept. 23, officials said.

After he was arrested, police said that additional drug and weapon charges were placed on him. Court records also show that Basset was previously charged with domestic assault against Kyle in 2014 after he got into an argument with her.

The Knoxville Police Department said they searched for Kyle for hundreds of hours, interviewing possible witnesses and following up on several leads. The Special Crimes, Violent Crimes, Organized Crime and Internet Crimes Against Children units are involved in the investigation, they said.

“The KPD has never tired on this case and will continue to work vigorously to find Desheena,” Chief of Police Eve Thomas said in a release. “We have developed significant leads and made substantial progress on this case. We have also received numerous tips on the case, and we know that there are people still out there who have answers. We ask anyone who has information that could assist investigators to please come forward.”

Her family has repeatedly pleaded for help finding Kyle, and a search was organized with several members of the community leading the efforts Thursday evening, following the announcement. The search was led by Protect Our People Tennessee, a community group that advocates for underserved communities.

Her family said it was the first search of many to come.

UPDATE THURSDAY: The investigation into her whereabouts remains "very active and ongoing," but there's still no sign of Knoxvillian Desheena Kyle, according to Knoxville police.

Knoxville Police Department spokesman Scott Erland told WBIR on Thursday he knew of no updates but that investigators were still working the disappearance.

Her family fears someone has harmed her. They say it's unlike her to vanish without explanation and without contacting them.

The public is welcome to submit any tips about where the 26-year-old woman might be.

You can do that through East Tennessee Valley Crime Stoppers -- by phone at 800-222-8477, or online at www.easttnvalleycrimestoppers.org or by mobile app, P3 Tips.

PREVIOUS STORY: A Knoxville family is crying out for help after their loved one disappeared more than a month ago. The Knoxville Police Department said Desheena Kyle, 26, could be in danger and they're asking for the public's help to find her.

"We're begging y'all, please help us with this," said Betty Deas, her grandmother. "We can't do it by ourselves. If you know where she is or know what happened to her, please let us know."

She said that she still feels here absence every day, weeks after they last heard from her.

"This has taken everything in me, out of me," she said. "I summed it up before — my soul feels like it's damaged."

She said that she misses everything about Kyle and said she wishes they could do more together. She said she looks at her granddaughter's picture and feels helpless because she can't find her. So, she is joining the police's call for anyone with information about her disappearance to reach out.

"We know that somebody saw something. Somebody knows something," she said. "She's my heart, she knows she should be able to call me."

Just weeks ago, Kyle would have been home and was only a phone call away. Now, more than five units from KPD are working on the case to find her, including the major crimes unit.

Anyone who has information about Desheena Kyle should reach out to East Tennessee Valley Crime Stoppers online or by calling them at 1-800-222-8477. People who reach out can stay anonymous and may get a cash reward.