The plans call for fully-furnished one- and- two bedroom apartments, retail, restaurants, work spaces, entertainment and a hotel. They hope to break ground in July. 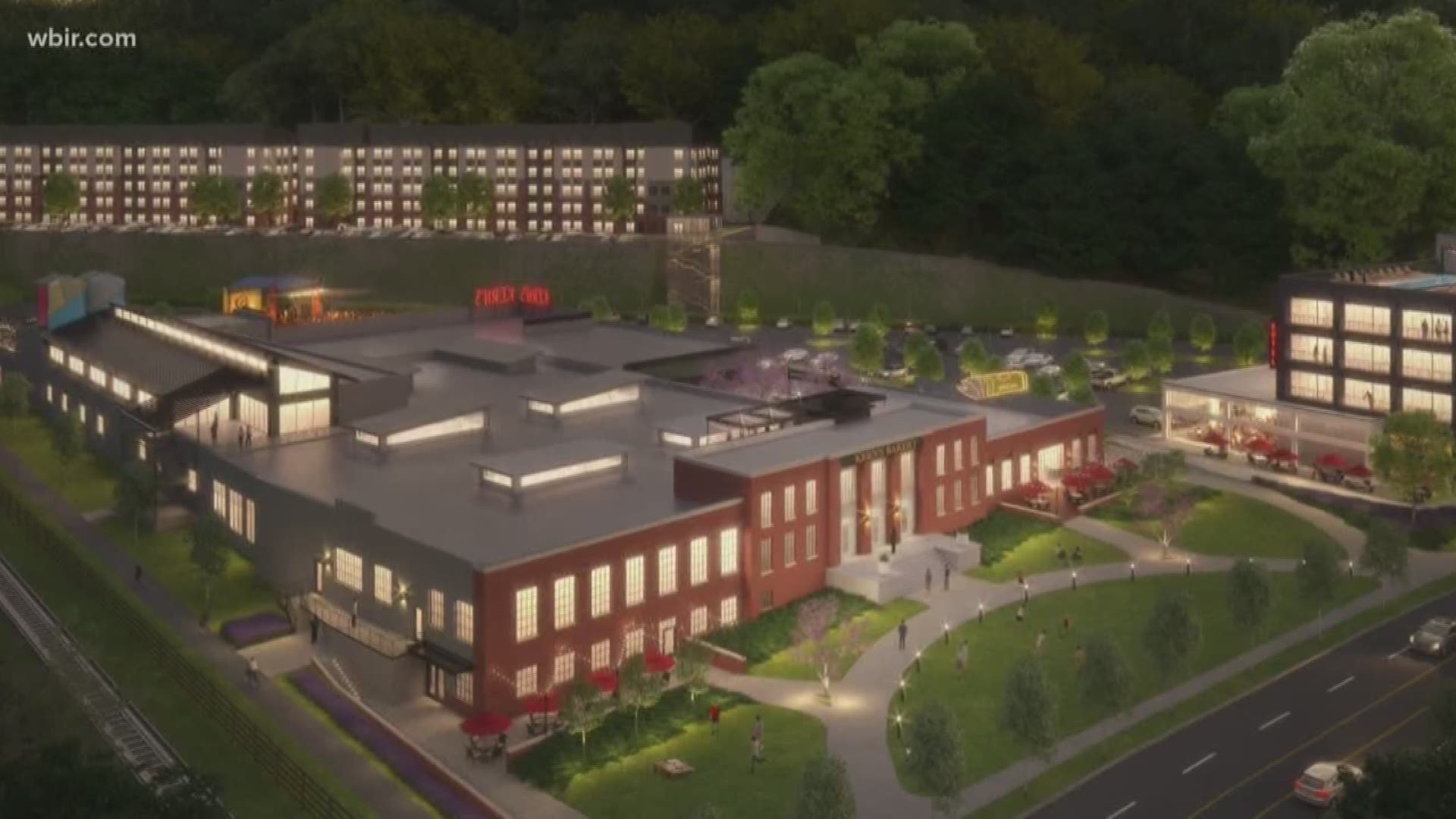 KNOXVILLE, Tenn. — Yet another new developer is unveiling plans for the historic Kern's Bakery site in south Knoxville.

Mallory & Evans Partners is the new development team behind a proposed mixed-use 16 acre destination that will also serve as an entrance into Knoxville's Urban Wilderness.

The plans call for fully-furnished one- and- two bedroom apartments, retail, restaurants, work spaces, entertainment and a hotel. They hope to break ground in July.

The developers hope to create "an attractive gathering spot and a great place to live. The plan to have residences, access to public transit and a location near one of the most extensive natural urban environments on the East Coast is intended to cement the legacy of Kern’s Bakery as a functional and popular destination," according to a release.

The 70,000 square feet bakery building, located just south of the Henley bridge on Chapman Highway, was built in 1931.

The building, with its original brick, hardwood and windows, was added to the National Register of Historic Places in 2017.

1 / 9
The outside view of Kern's Bakery building in South Knoxville.

“We are very sensitive to the nature of this historic site and feel the redevelopment fits perfectly into the long-term strategy of the South Waterfront Vision Plan,” developer Brantley Basinger said. “This redevelopment is going to be another strong investment in the ongoing revitalization of South Knoxville, one we hope would make Mayor Kern proud. Plus, we have a vested interest in working with local parties who understand the dynamics of South Knoxville.”

“We are very excited to have the opportunity to restore this amazing piece of Knoxville’s history,” added his partner Alex Dominguez. “We imagine the large bakery itself will house an eclectic, locally-sourced and highly-curated mix of restaurants, smaller food vendors, specialty purveyors and even collaborative office space.”

One unique aspect of the new development is that it is one of the first deals in the nation to close in an opportunity zone. The opportunity zone program is designed to spur economic development and job growth in areas the U.S. Treasury Department has certified as needing reinvestment.

The site will be developed in stages, according to the release, with work beginning in July for phase 1 and 2 and an expected completion date by August 2020.

Phase 1 will be boutique housing, designed to appeal to millennials and members of Generation Z – including young professionals, graduate students, medical students and upper-classmen. They hope to begin pre-leasing this fall.

The restaurants, retailers, and office space is scheduled for phase 2, with areas for socializing and live music. The developers hope to attract local businesses to preserve the "unique flavor of the area."

A hotel is planned for phase 3. The developers hope to attract a brand-name hotel to serve out-of-town visitors and business travelers. Its location on Chapman Highway will offer a stunning view of the Knoxville skyline and immediate access to the dining and entertaining at Kern’s Bakery.

Ever since the Kerns bakery building closed, a number of developers have purchased the property and made plans, but none have come to fruition.

New Aubrey's location to be built at Kern's Bakery